What are the Yavin Secret Achievements? 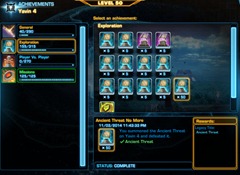 The way this all works is as follows. First you grab the Tatooine Ancient Tome and receive the buff that allow you to damage the Ancient Threat. Now you head to Yavin and talk to the four Sith Spirits and receive their buffs that last for 1 hr. After receive their buffs, go to the corresponding Talisman of these sith spirits and convert your buffs into a 2 hr long new buff. Once you have all 4 talisman buffs, click on the fifth and final Unknown Talisman to gain more achievements and summon the Ancient Threat world boss

Here is a handy map for those who already have a rough idea of where the ghosts/talisman are. 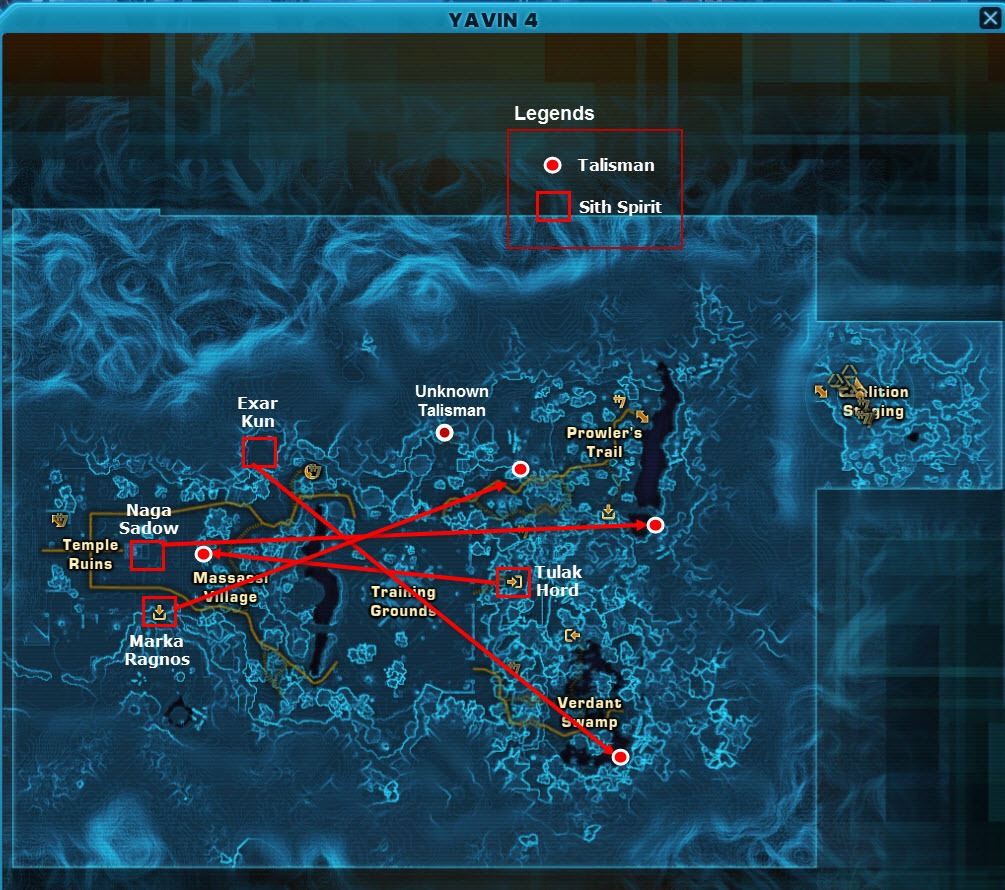 The Ancient Tome is in Outlaw’s Den in Tatooine but has several locations it can spawn in. Check all over Outlaw’s Den. Below is one of the possible locations. It seems to always spawn on top of a crate so check the crates! 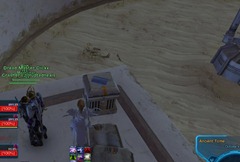 Now head to Yavin and visit these four Sith Spirits. They have a respawn timer of ~ 7.5 minutes and disappears once someone has interacted with them. To interact with them, you need to be standing right next to them and right click them. You will only get the buff from them if you are standing near them when they do the 360 knockback. It is best to wait for other players before clicking the ghosts so everyone can get the buff (there might be a limit on how many players can get this buff at the same time). 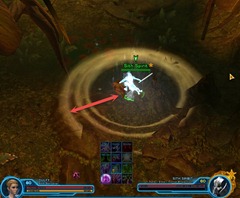 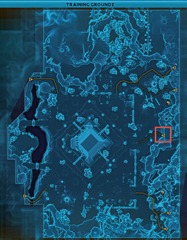 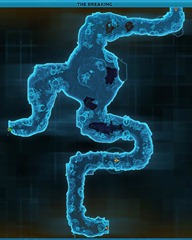 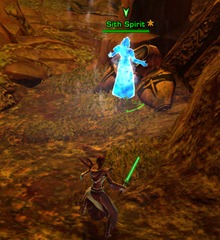 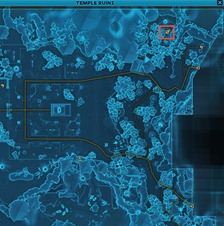 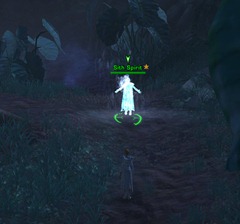 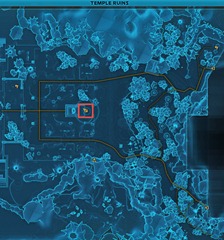 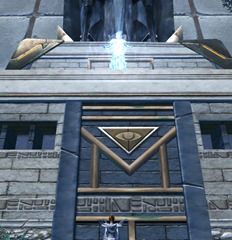 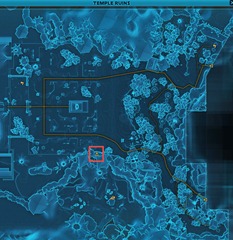 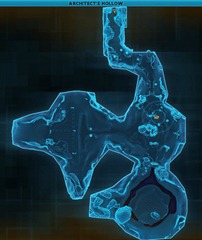 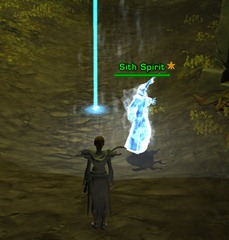 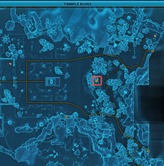 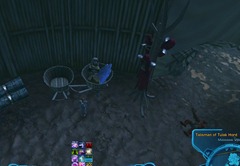 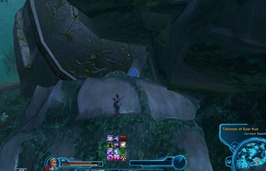 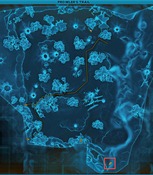 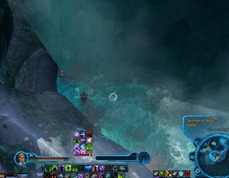 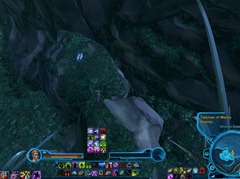 Talisman of the Unknown

The fifth and final Unknown Talisman is located north of Training Grounds in a forested area. It is among the skulls on top of an altar. You will need all 4 Talisman buffs before you can click on the Unknown Talisman. 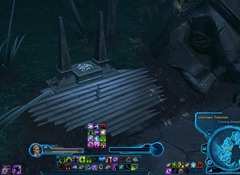 This will also summon the Ancient Threat world boss, which you cannot defeat unless you have an operation group of 16 players or more. 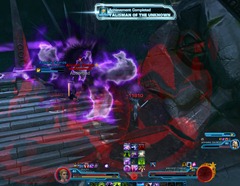