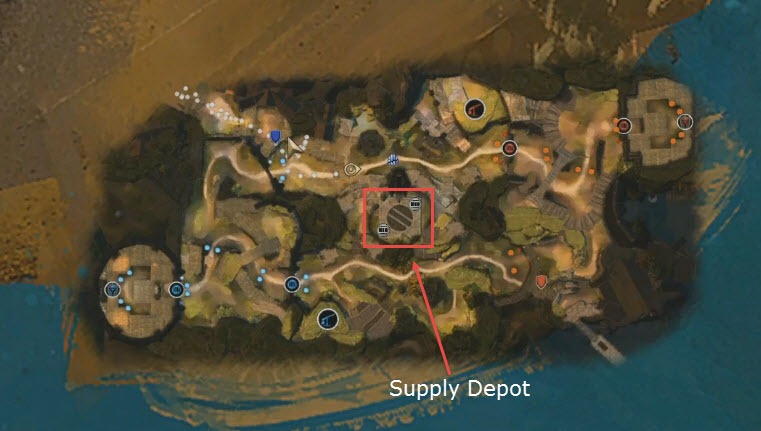 so when “good” teams fight… hero gets interrupted, hard rezz on lords… this might take a while (15 minutes).

not quiet, good teams can protect their heros from getting interrupted, or prevent lord from being rezed or just stomp faster then rezing.

Mesmer interruption builds are going to be interesting. As will a variety of Thief builds.

Adding stronghold to the same queue with conquest (& their one TDM map, which was also a mistake) has to be the dumbest decision I’ve ever seen. Let people play the mode they want; don’t force your shitty moba clone onto all pvpers

I’m really questioning the choice to keep the map in standard queues. I understand their reasoning, but if I’m in the mood to play Stronghold, I want to play stronghold. Commenters like Facepalm may never want to play Stronghold at all. There will also be some considerations for the build you bring into Stronghold vs. Conquest, and while you can modify your build before the match begins, it isn’t fun to switch and then have to switch back between modes. There’s a rising (very quickly) thread on Reddit with a lot of reasons and suggestions against this.

I can feel the dissapointment of players expecting something better. I didn’t expect anything, thus I avoided that.

Instead of desired by players GvG, we get a MOBA-style map that will get repeatable and boring after 5 matches.

Seems super complicated. Would be cool if they made the NPCs smarter though and gave them the ability to dodge.

What do they mean no separate queue? Joining it will be random unless a custom arena uses it only, exclusively? o.O That’s super duper lame. That actually infuriates me.

I don’t get it. Why stick with this 5v5 format? Why not try something different like 20v20 or something along the lines of what GW1 had?

I mean, I don’t dislike sPVP but come on already; try something different outside a sPVP format for once.

for some reason they refuse to step away from Spvp and want to throw everything into it just like they did with Deathmatches and it’s stupid asfuk.