GW2 gemstore is not getting anything new today but some of the previously time-limited items are available again. These items will be available for a week. 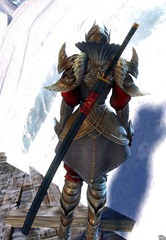 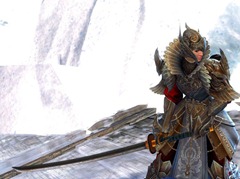 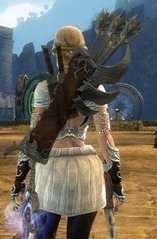 Contains one random dye from a pool of 25 colors that includes six new, exclusive colors.

Yet another proof that it does not matter if you buy Gemstore items when they come out or not, they will be back some time in the future.

As they should imo. It’s a microtransaction store… No one gets points for being unique because they spent $10 one week way back when..

Items of prestige come from playing during a patch and completing content. Those items already hold more weight because they were earned, not bought.
Skins on a in-game store are cool, and should continue, but no one is ‘oogling at another player because they worked so hard hitting “confirm purchase”. 😛

Totally agree… even though a part of me hopes the wings never come back. Dat 24 hr sale, lol

have to disagree with you there,was on vacation when they came out. First time I’ve ever felt the urge to yell “NOOOOOOOOO” while in a crowd

Thats right, they worked (in most cases) hard for the money they spend in the store…

When ingame progress gets over RL “progress”…. nuff said.

GW2 is a game in most points for fashionable players, not for players who want items from hard event progression, like in other mmos.
Everyone should get all, thats anets phylosophie.
But some players have big problems with such a way of earning items.
This players come mostly from this other MMOs with such a way of “hard work for item XY”.

You will be NEVER unique in GW2 over items. Never.
But you can create your character with the editor in such many ways and can create a unique charater with a big chance to be unique in this way.
But most of the players also hit “randomize character” and start to play and try to get the character over “rewarded for hard gameplay”-items to be unique and fail hard.
Legendarys are not unique, shop items are not unique, reward items are not unique.
The greatest newbie can get all items you and over “oldies” have in this game, earned over time.

I’m not sure you understood where I was headed with my OP.
In a lot of ways you’re agreeing with me.

I stated that shop items should continue and not be unique. Shop items aren’t earned in game, they are paid for. They shouldn’t be one time flash sales and never seen again. Players should be able to keep an eye out for their favorite gem-store item so that they can purchase it when it’s up on the store again. 🙂

Besides having cobbled together some of the less popular (limited time) gem store items and a cloth dungeon chest I’ve never seen another character wear, my necro uses the old karka shell backpiece – which makes him an oddly unique snowflake. There have been unique once-off items. At least 5 from molten alliance, 4(?) from karka island, 3(?) from the zeph festival, 2 from toxic alliance and extremely rare items like chaos of Lyssa and ghost puppy. There are also extremely obscure items which can be fished out of the mystic forge.

There are also, oddly enough, items which take skill to obtain. Glowing carapace items were quite a challenge (the achievements, not the grind), the mini at the end of the queen’s jubilee challenge, certain colored Super adventure box weapons…

You will probably never be totally unique in GW2 but I’ve found that if you persistently play it, unique once-off items DO ACTUALLY COME AROUND. The hilarious part is that most of them are hideous and take careful fashion tactics to pull off a look with them that actually works.

While I’m probably not the only necro that has the wardrobe items I do, I’m confident that I’ll never see another player wearing any 4 of the visible items I do (at the same time) – seeing as one of those items denotes epic conquest, I consider my attire enough to label myself a snowflake.

Heck no! If you want to be unique in a game where the options are available to everybody, the important part is not giving away your themes. Suffice to say 3 gem items, 3 dungeon pieces, 3 black lion dyes, one generic item, the for mentioned karka shell and creative use of a certain tattoo and clipping behavior on a single norn body – only works on one gender obviously.

Norns also have some of the best mage culturals in the game but for reasons beyond me they aren’t fully customizable. Only three colour choices are given when the pieces clearly have 4 colours – and the 4th colour is different depending on the gender -.-. Seriously, those uncustomisable T3 shoes. They mock me…

Thinking about unique items though, every non-repeating event has actually had limited time, non-returning items – from every season 1 living story to the zeph festivities all the way to the “Year of the Ram event” (unless you still playing this game in 12 years). Definitely an occasional unique piece filtering through.

true,but ill stick with spending an hour or 2 on character creation making myself look good. Best thing I can think of if you want 2 be unique is dyes and armor styles by making your own sets:)

Yes, but still no bunny ears….damn!

It’s really funny because this morning I looked at the market and said out loud, Anet if you can just bring back 2 items, let it be the quiver and samurai sword. 2 hours later I look at this thing and it says it came back XD no joke, what are the chances of that. It’s like they heard my prayers ^^. Now all I need is for the thief to get the Greatsword in a specialization some time in the future (probably not this time around since necro got the wep. That or swap over to the ranger 😛

(On a side note related to a samurai sword. Was watching The Walking Dead and was thinking it’d be so cool if there were a person with a samurai sword in this tv show. End of the episode, Michone makes her first appearance).

can you please ask them to bring back other things. I’ve been trying to bride RNGesus but he just gave the Kappa face 🙁

Do those dyes look better in game? Because wow, a CHANCE to get one for 125 gems? I think I’ll pass. I can get RNG in the game, but gambling in a MMO store? At least you can get black lion keys in game which kind of softens the blow, but these dyes look awful (in my opinion!)

IMO, perseverance is one the best dyes in the game.

I second that, it is an exceptionally versatile colour, great as a metal accent or on cloth.

I agree, too. But it’s safer to buy it from the black lion trading post with in-game gold than risk real money losses on rng dye kits. Assuming you have enough gold to spare, that is.

agree if you have the gold, on dragon recall is 60gold and amen+pers are 80gold ;_;

Here is how RNGesus/rng has treated me 30 dye kit things bought from gem store, and I’ve gotten 0 of those new dyes ;_;

These dyes have been out before hasn’t it?

You can’t fly yet. U haven’t unlocked that specialization

you mean you haven’t “bought” that specialization

When is Marjory’s Axe coming back ??? :”( I bought the dagger during halloween but I’ve never seen the Axe in the gem store.

Any idea when kasmeers staff will be back?

This game is just retarded, just look at how she’s holding the katana. Cheesy devs on crack, I see strange quirks like this all the time in GW2. Today for instance I saw two guards get killed by a single wolf, how useless could npc’s be?

HoT on the other hand really isn’t what it’s all cracked up to be, unless your a blind midget with down syndrome.

A) They ruined the already shitty story arc with an even better shitter than normal arc about a lowly depressed commanders adventure seeing their useless companions die for dumb fuck reasons.

B) Leveling is gated deposit x amount of XP to advance to next level and watch your next useless companion die.

C) Flight why?? Because they made the maps so effin huge that you could bounce quarters off the surface.

D) All the zones feel like Disneyland for Godzilla trolls 10x the experience of Zaitans pet cat. Which is not bad just makes everything else you ever experienced thus far just plain pointless.

E) There is an ending, it sucks, it blows and majority of the game content is designed for Rangers/Casters. Once you defeat the pug ugly toad called Mordremoth Dumble Dore will be greatly proud of you. Congrats for beating a giant DLC (not an expansion) wait for the next $70 upgrade.

F) The rest of the content is for clowns and asshats mainly being PVP and WVW beyond that its just another craft till your broke again experience through trial and error. Everthing old is new again they just upped grind as reward through punishment system.

I’ll be honest I never understood this game, I have always played it with “Hulk Smash” as my motto. Because really if you fengshui the dumbness and the grind its a very dull and plain mmo. I only wish I could get a full refund on this piece of garbage.