An updated list of Mastery Abilities from Heart of Thorns closed beta.

Special thanks to Dimix Sqoma for sending the screenshots. Detailed screenies are taken from MrIgnavia on reddit. 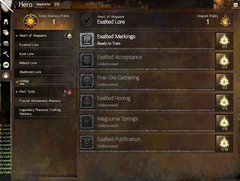