New GW2 blog post to give some background/lore on the Revenant for all the roleplayers out there.

Hi, my name is Anatoli Ingram, and welcome to Hidden Arcana, where I’ll be giving you an inside look at some of the ideas and lore behind Guild Wars 2: Heart of Thorns™. I’m a role-player at heart, so I love to create backstories and lives for my characters within the Guild Wars 2setting. Professions are a huge part of a character’s identity, and the more lore I know about those professions, the better! My fellow role-players are probably just as curious about the paths their future revenant characters can take and how they might fit into the world, so I asked Narrative Director Leah Hoyer for some guidance straight from the narrative team. Leah gave me plenty of information that will help you jump-start your revenant’s role-play concept right at level one—without any Guild Wars 2: Heart of Thorns story spoilers.

Revenants are heroes who’ve learned to commune with the Mists, a magical protoreality that makes up the fabric of space and time within the Guild Wars 2 universe. The Mists remember what came before, and echoes of those who left an especially powerful imprint on the world of Tyria can still be found there. A revenant calls upon these legendary historical figures, bringing them back into action to enhance the revenant’s own abilities and power.

The story of how charr tribune Rytlock Brimstone became the first revenant hasn’t yet been told, but at the launch of Guild Wars 2: Heart of Thorns, he’ll have brought the knowledge of how to obtain that power to the world of Tyria, making it somewhat common knowledge. There’s no profession-specific story content planned for the expansion, but a brand-new revenant starting on their journey will not have had to visit the Mists or undergo any more of an advanced process to access revenant powers than they would for the other core professions. All that’s necessary to begin training as a revenant is knowledge of the profession, the faith and will to reach into the Mists, and an open mind.

The latter requirement may be the most important. While revenants are envisioned by ArenaNet as heroic characters, they walk a balance between light and darkness. They’re willing to have a Margonite demon like Mallyx the Unyielding ride shotgun in order to make use of his power, after all, and many of them are determined to win at all costs. Leah mentioned that it says quite a bit about Rytlock’s personality that he remained open to tapping into the power of the Mists in spite of the charr race’s general distrust of magic.

The revenant’s moral ambiguity doesn’t mean they’re all grim and brooding as a rule, however, and there’s no dress code requiring spiky black-and-red armor if a revenant prefers pastels and quaggan backpacks—it’s all up to the individual. A revenant’s signature blindfold isn’t mandatory, either, as revenants don’t become blind as a natural result of their profession. Most of them only wear a blindfold as a tool to help them commune with the legends, who are able to perceive the world through their own senses.

Given the revenant’s martial prowess, it might be a surprise to learn that some of them are of a scholarly bent. Leah described the revenant as nearly the opposite of the engineer profession; while engineers look to the future to create new technology, revenants turn to the past to reclaim ancient powers. It’s a profession that appeals very strongly to characters—and players—who have a deep interest in and respect for the past. Reaching back to the original Guild Wars®for the revenant’s Mist-borne battle companions not only allowed ArenaNet to give a nod to players who remember their roles in the previous game, but also to continue the stories of the legends by making them active and aware. 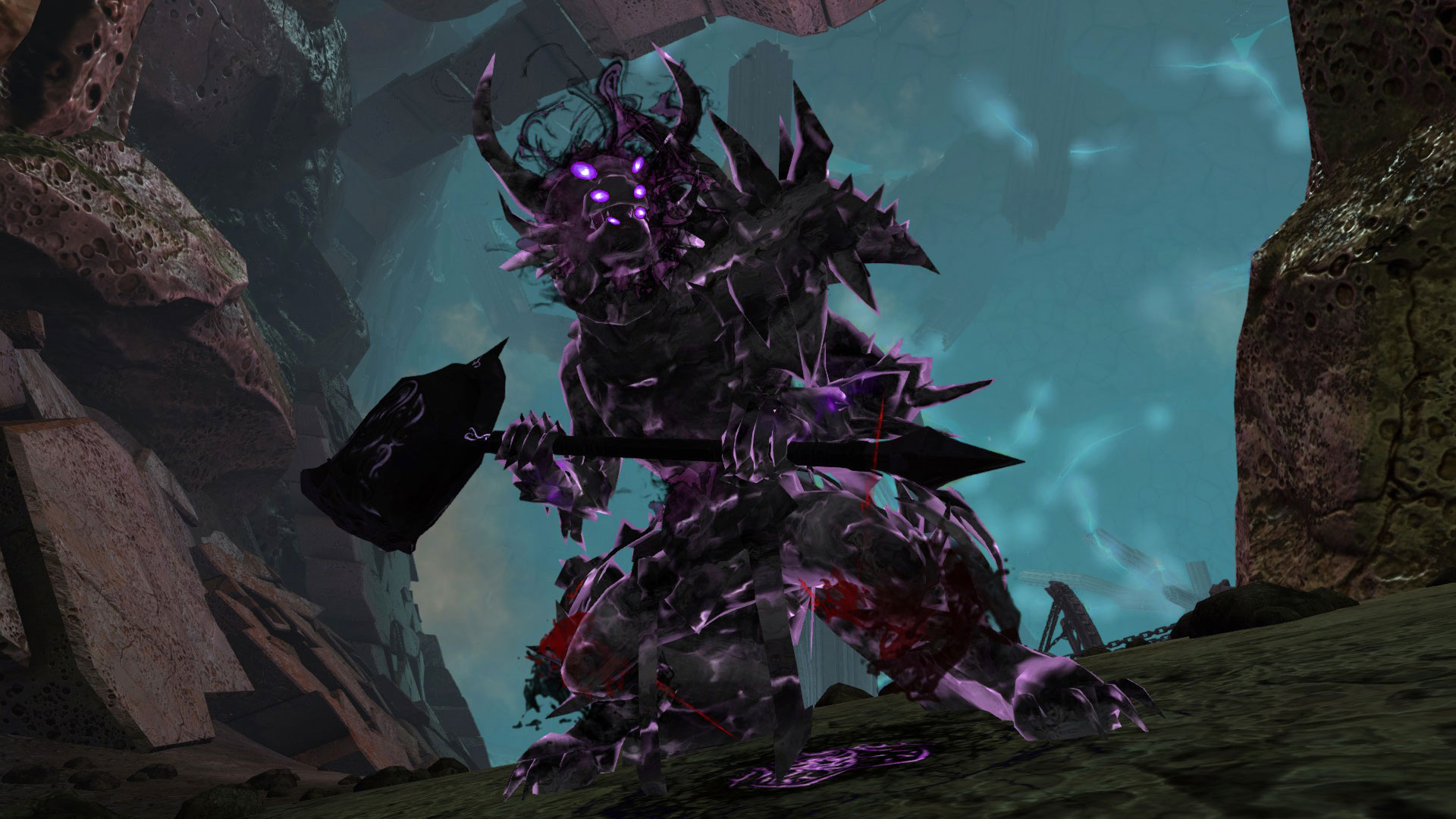 Friends in High (and Low) Places

A revenant’s legends are not merely echoes of the past but are fully sentient, with opinions and personalities of their own. What this means for the relationship between revenant and legend varies between individuals, as some legends are considerably more thrilled about being channeled than others. In fact, some of them are downright cranky about it; Mallyx in particular is so offended at having his immense power borrowed by upstart mortals that using some of those powers will take health from the revenant. King Jalis Ironhammer, on the other hand, is overjoyed to be back in action and will bolster the revenant’s defenses while gleefully encouraging them to take him into battle. The strengths and weaknesses of each legend in gameplay are grounded in the personality of the character being channeled.

Activating skills will occasionally trigger in-game dialogue from the legends, and the player character will sometimes respond with race-specific dialogue of their own. Depending on the legend your revenant has summoned between fights, you may also hear some small talk out of combat. You’re free to imagine the extent of conversation between your character and their legendary allies in any way you like: Do they beg Jalis for tales of his youth? Do they bicker with Mallyx about the nature of power?

Leah described the ongoing relationship between revenants and the legends they bring forth from the Mists as something of a “twisted roommate situation.” Which legends your revenant prefers to channel may depend quite a bit on who they are as a person…and having those characters as a major part of their life might certainly shape them as well, just as a relationship with any other character would.

Public perception of revenants will vary from person to person. Much like the Durmand Priory’s resident dwarf, Ogden Stonehealer, revenants and their legends may be of great interest to scholars and historians—provided the legends are willing to talk, of course. When venturing into the Heart of Maguuma, you’re very likely to be the first revenant the locals have ever seen. It may be a shocking novelty now, but the revenant will surely gain more adherents over time and eventually become as common a sight as any of the other core professions. Time may ebb and flow, but history—as always—begins now.

still waiting of that chat with SHIRO. The only response the player gives better be “yes, Sensei!”. just saying

I’m really interested in the whole different races responding differently to the legends. I wanna know who gets sassy with mallyx and play them.

still waiting for the actual professions livestream about new abilities

theyre probably holding off on that until they get it fully balanced, much like the rest of the ‘real’ information.
which is all fine and good but theyre teasing us here.

looks like this expansion will be out the next year or in december at least, but they needed to involve new players in to the game and to keep entertained the old ones, so they released the news even if they had barelly nothing to show at the moment 😛

i doubt it will be THAT long, considering they already had a beta. im guessing it will be a few months more at most, definitely before the winter. they wouldnt have a beta if it wasnt at the ‘beta’ stage, which means most of the heavy work is done and the game is stable. the maps and skill effects are likely all finished, theyve just gotta do the details like bugfixing and balancing, last-minute calls on which skills/traits make it in, and maybe some voice work.

i’d like to have THAT faith but so far we know nothing about what is done and what’s not, we just know what they told us.. everything else could still be on paper or could not

well, ask the people who got in beta if you dont believe me. what would they even have in the beta if most of it is still on paper?