The 7th blog post talks about Guild Objective Claiming in World vs World.

Greetings, Mist warriors. Guilds are the lifeblood of Guild Wars 2: Heart of Thorns™, and it’s our desire that they become a greater part of World vs. World. We want to give guild members more strategic choices and encourage them to work together both within their guilds and also with other guilds and players. To this end, we’ve overhauled the guild claiming system so that guilds have more tools at their disposal in WvW.

Players will help their guilds obtain resources, unlock the ability to make claims, and manufacture tactics and improvements. These can be used to enhance the functionality and defense of an objective or to give teams an edge in the open field. These upgrades and tools give teams tactical decisions to make about which upgrades to choose and which objectives to take or destroy to gain the most advantages for their team (or deny the most advantages to their opponents). 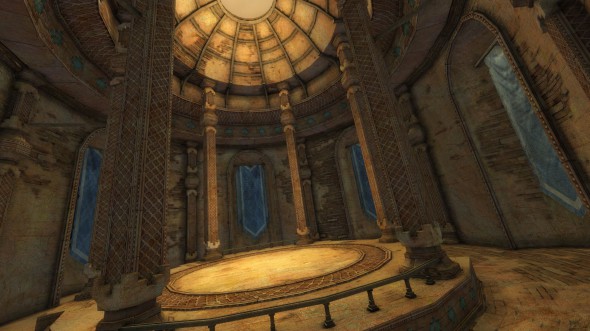 Guild halls will introduce a building for WvW called the War Room. Guilds can upgrade their war room and unlock abilities such as claiming objectives and building upgrades that can be slotted into an objective.

When claiming objectives, the guild with the most members present when an objective is captured has first priority. If that guild passes, then the next guild down the priority chain has the opportunity to claim it. After three passes, any guild may claim the objective. A guild member with permission to claim objectives needs to be present to make the claim and slot the upgrades. In addition to banners on the objective that show off your guild emblem, many of the NPCs defending the claimed objective will now sport your guild tag.

Upgrades have three tiers based on the duration the objective is held. An objective will automatically reach the next tier if your team maintains control of it long enough, allowing your guild to build higher tier upgrades. Upgrades come in two types: Improvements, which are always active at the objective; and Tactics, which allow players to trigger an objective’s abilities. 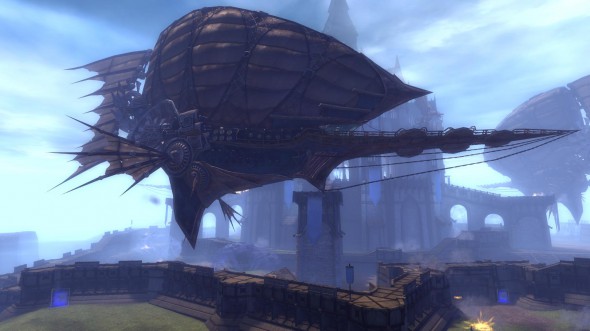 Improvements are upgrades to an objective that give it better defenses and new functionality. You can harden cannons, mortars, and boiling oil against player attacks, toughen up your guards, and even set a trap that causes the supply depot to explode if you lose the objective. Supply camps can upgrade the speed, capacity, and toughness of dolyaks. Towers can be upgraded to show enemies within range on the map, keeps can enhance the players defending them, and the fountains of Stonemist Castle can be upgraded to grant stealth to those who drink from them.

Tactics are objective-based abilities that players can activate to temporarily boost or defend an objective. Summon in supply drops, activate a trap that chills attackers, or temporarily fortify your gates and walls against all attacks. When things are looking dire at Stonemist Castle, call in a Pact Fleet bombardment to shred your enemies in a field of explosive ruin.

Some are superweapons and special gadgets that a single member of your guild can take out into the field. Take a Banner of the Centaur into battle to trap opponents in cages, rain arrows upon them, and give you and those nearby the ability to trample them as you stampede across the battlefield. Alternatively, become a warrior of the roads by transforming into a charr car and sizzle your opponents in your burning rubber. 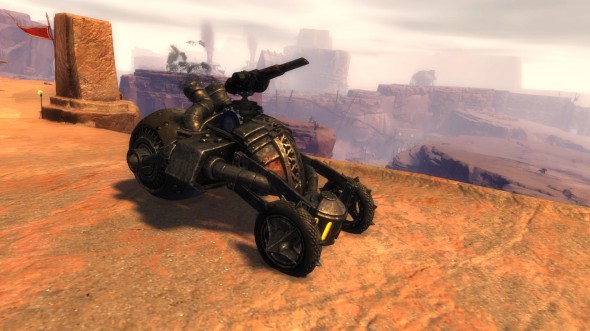 Another big change in the system is that any WvW fort enhancements that were previously purchased for twelve hours at a time have been replaced with a single, sector-wide enhancement that lasts as long as your guild has a claim on the objective. The objective enhancement can be upgraded at your war room to provide more bonuses.

The updated guild claiming system adds to the value of securing objectives and gives guilds a whole new level of options and strategic depth. We look forward to seeing how teams use these new options to wage war in World vs. World.

So the charr car is kind of like the Mecha Devourers in EotM?