Arenanet is adding Mist Champions to replacing the heroes in the upcoming Strongholds PvP Map.

Greetings, Tyria! In our previous betas you were introduced to the basics of Stronghold, our new game mode for plaver vs. player, in which you’ll gather supply, hire troops, tear down the gates of your enemy’s Stronghold and defeat their Lord. Today we are pleased to announce the next level of strategic depth that this game mode has to offer: Mist Champions!

Mist Champions replace heroes in Stronghold as the super weapons that help you punch through tough enemy defenses to push the game forward and secure victory for your team. In this update, each player now has a choice of which Mist Champion they will bring with them into the match. If you are the one to succeed at channeling the mist essence, your Mist Champion will join the fray.

Now you may choose whether to summon Turai Ossa or Grymm Svaard, who you may recognize from previous betas, as part of your build. In addition to these two familiar faces we are also excited to introduce our newest Mist Champion, Nika. If you were a fan of the originalGuild Wars®, you will recognize this deadly assassin as one of the henchmen who fought by your side in Factions®.

With these changes Mist Champions are getting some major upgrades. The first is that in addition to their passive buff and elite skill (used in the lord room), every Mist Champion will be receiving an ‘on summon’ skill called a War Cry. This skill will fire off right when they are summoned and will affect the entire map. Turai Ossa gives each member on your team Aegis, Nika stealths your whole team, and when Grymm makes his big entrance each opponent you face takes a cannonball to the face. Winning the Mist Champion summon will now bring real and immediate change to the match.

Here are the details on the first batch of Mist Champions: 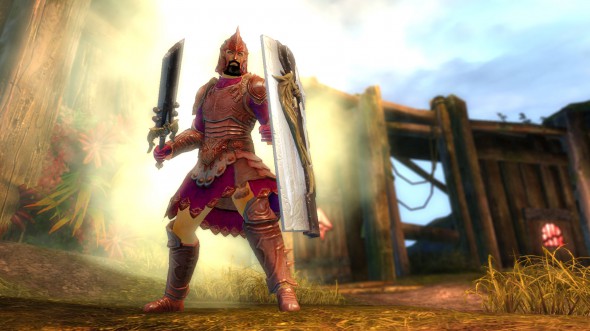 Turai Ossa – The savior of Elona

When Turai is summoned he puts a protective shelter that blocks all incoming attacks on all player allies and their Lord.

Turai Ossa will pulse aegis around himself. Whenever you block an attack within range of Turai Ossa you apply protection to yourself.

Turai taunts all enemies in the lord room. Any enemy that damages Turai during that time takes a huge amount of retaliation damage per hit. 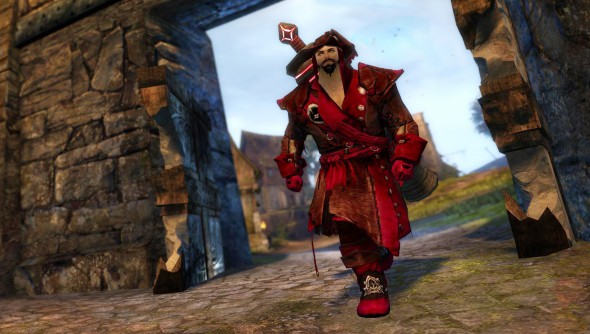 When Grymm is summoned he calls the Nomad II to fire a cannon ball at all enemies on the map. The cannon ball knocks down and burns enemies it hits.

Grymm will pulse fury around himself. On critical strikes within range of Grymm there is a chance that you will call down a cannon ball that knocks down and burns enemies it hits.

Grymm gives the signal to the Nomad II to fire all the cannons on the ship into the lord room. The cannon balls will knock down enemies and burn them. 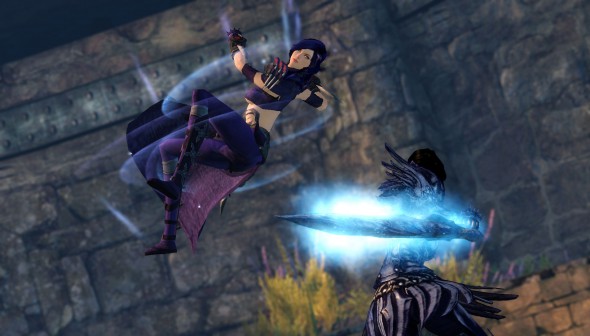 When Nika is summoned she stealth’s allied players and their lord. If you attack from that stealth you will blind your target.

Nika will pulse stealth around herself. If you attack out of that stealth you will blind your target.

Nika will stealth herself and use her expert assassin training and speed to damage all enemies in the lord room. She will periodically come out of stealth to do a unique attack that dazes and blinds the enemy she hits.

We are very excited about how Mist Champions will impact builds, strategies, and overall game play in Stronghold. We are also happy to give players choice in what they play via game mode preferences. We look forward to playing with you, and as always, remember to ready up!

Now with Turai and Nika joining the rank of heroes and Mhenlo’s outfit out for sale sale, please add Gwen and Cynn next. Also, Gwen’s Deldrimor armor as well.

(Mhenlo wears the Tyrian armour, not the Elite Woven one. So it’s not really Mhenlo’s outfit unless you count any Monk clothes as Mhenlo’s clothes.)

Is this also a confirmation that Deathmatch is dead and will never make it into Ranked?