Bioware has released a small teaser at the PvP rewards in Season 6.

Glorious PvPers! Season 6 is upon us and we hope everyone is enjoying the intense action. Giradda the Hutt and Baron Deathmark cordially invite you to hunt each other down for their entertainment, all in the hope of taking home some brilliant prizes from their personal collection of antiques and beloved possessions!

In Season 6 there will be a new reward system in place which you can read about in a previous blog.

Below is a table with information and cost of the specific rewards, let’s get to it! 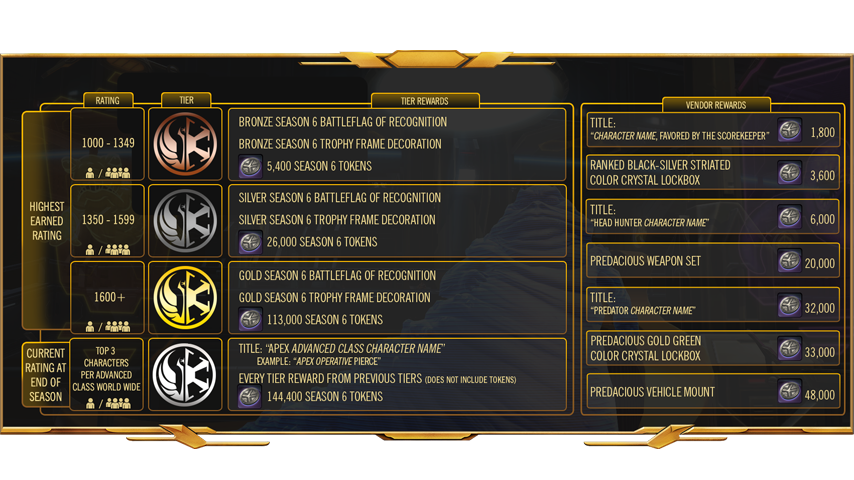 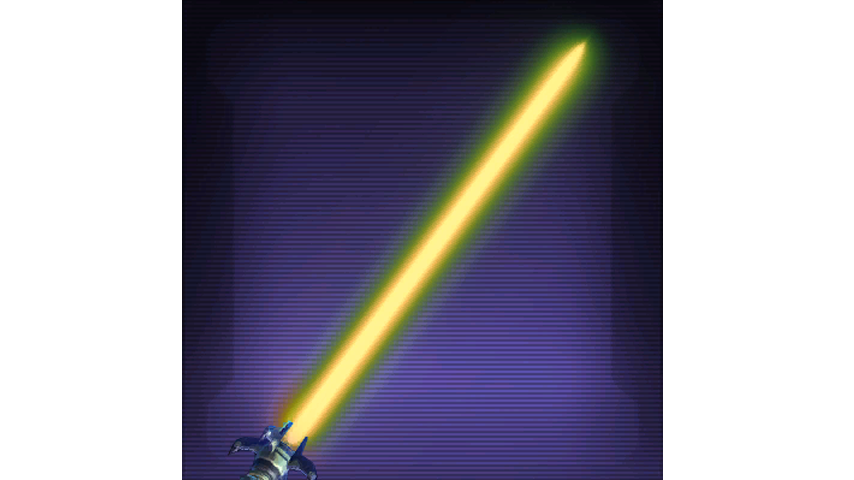 In Season 6 there is a brand new tier exclusive item – The Battle Flag of Recognition – that can be used to place a holo-flag over a fallen enemy in either appreciation of the honorable fight or recognition of the user’s supreme skill. The flag can be earned in either a Bronze, Silver or Gold version but all are a great way to stand out on the battle field.

We will be showing off the Battle Flags, Trophy Frames, Weapon Set, and Mount rewards at a later time. Stay tuned and get in there and go berserk!