GW2 getting raids with core game being free

According to an early tweet by IGN (which has been deleted), Saturday’s livestream at Pax will reveal raid content in GW2 with the core game being free to players. 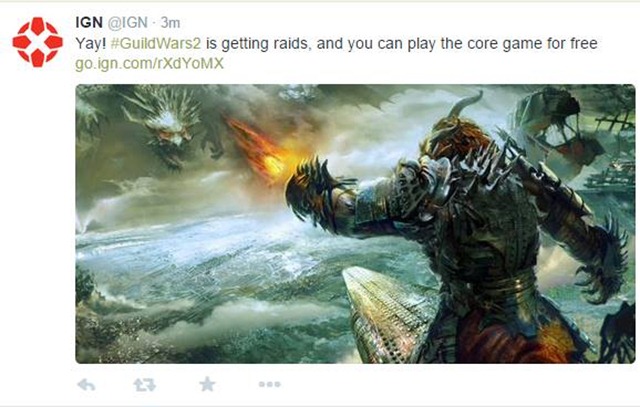 The tweet links to an article with this URL. The article is not live and won’t be released until August 29.  http://www.ign.com/articles/2015/08/29/pax-2015-guild-wars-2-getting-raids-and-play-the-core-game-for-free?utm_campaign=ign+main+twitter&utm_source=twitter&utm_medium=social

Seems like someone at IGN fat fingered a tweet, but we sort of guessed raids were coming anyways.

IGN also released the free to play trailer as well, but the link at the of the video doesn’t quite work yet.

According to some strings dug up by that_shaman, here are the possible restrictions for free to play accounts.