A list of Daredevil weapon skills, utilities, and traits from the Points of Interest livestream.

Colin Johanson on the show 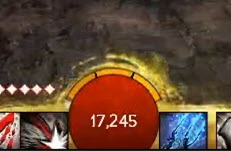 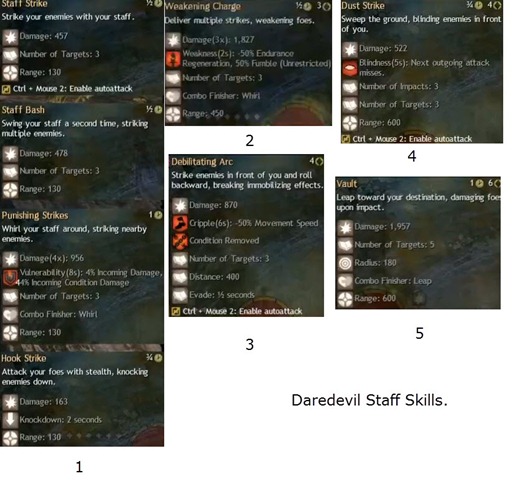 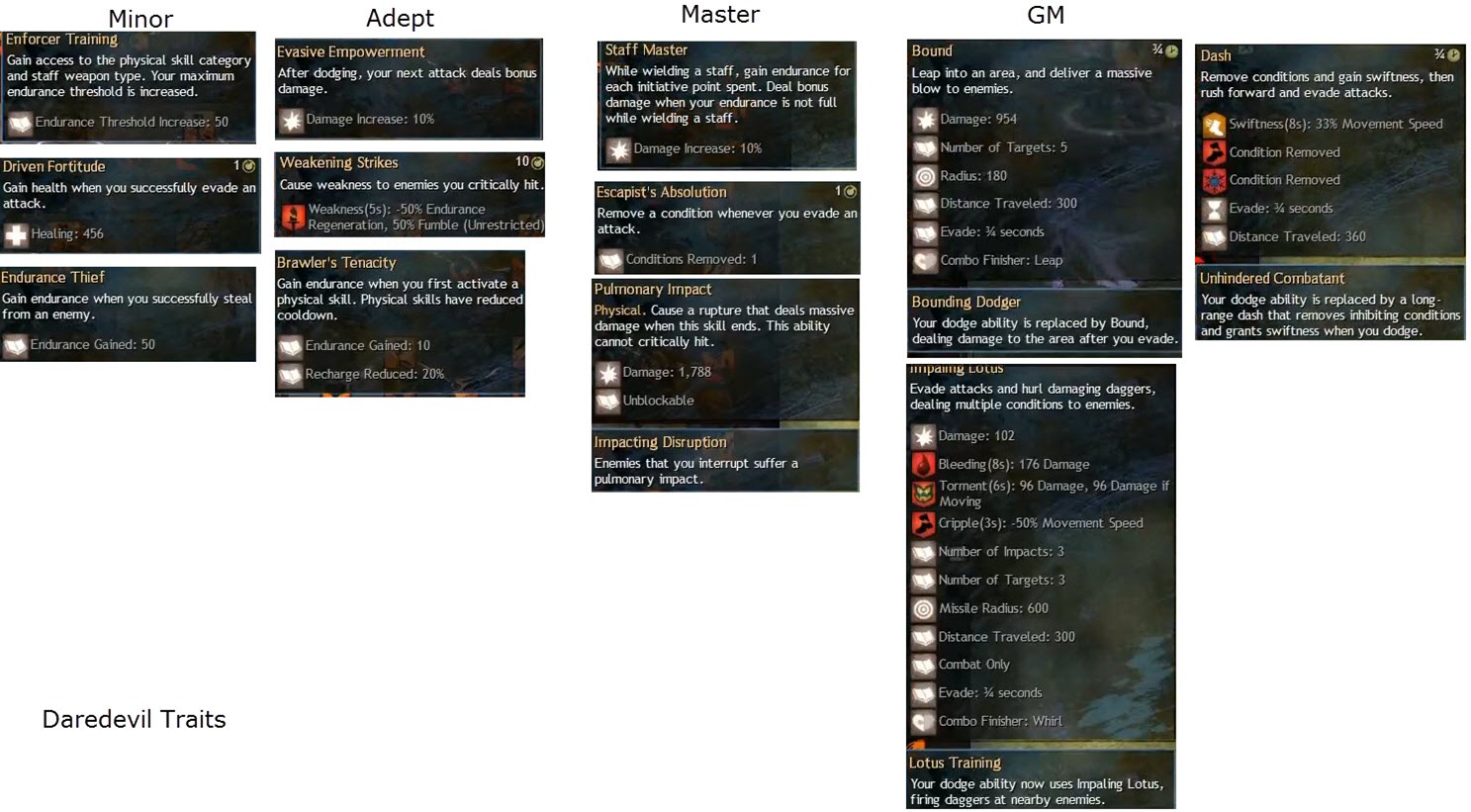 The stream didn’t even start yet, silly Dulfy

what make you think those traits and utility would be different during the stream?

I like it. An entire game play model revolving around dodging. The mortal enemy of the daredevil with thus be the griffon. An inconspicuous fiend with the most horrendously unpredictable attack animations in game. They dwell on cliffs.

Was hoping for new combat staff animations that was the only thing that really disappointed me, wanted some real ninja like staff holding poses like behind the back ready stance, but instead the sylvari holds it like a stupid hammer…..then theres the dust attack thats just the shovel swing when i was hoping the animation would be something like swinging the pole along the floor with a foot crouch spin……but no 🙁

I agree i knowANet reuses animations a lot but i hoped that for elite specs they would make new animations. Gues not thats a little disspointing still its kind of a nice spec though

Duly, can you upload some still images of the different dodge animations pls? <3

Still images would be really bad for something so fast. I can try capture some gifs if you like. The quality isn’t that good though due to the image degradation.

The gifs are up at bottom of the page 🙂

This elite is going to be good.

Trick with elite : seeing an enemy downed, cast 2 first skills on random enemy, start to cast skill 3 then F1 to the downed player. Like a Pistol Whip shadowsteped trick in fact.

I am a little bit disappointed in the way he moves… he moves like a ninja holding a hammer with a staff up his butt… i think i expected more darth maul/prince nuada/oberyn martell kind of moves when they showed the teaser pic. or am i the only one who things this is lame movement?

Stiff? I get the sense you’re unaware of the examples Zod gave. They’re anything but “stiff” or “plain”.

This may turn out to be the best elite. If played well there will be a lot of victims left qq’ing in pvp.

Some of the staves like final rest and the crossing are going to look really strange with some of these movements. Can’t wait to find the strangest combination 😛

I was thinking the same thing. Maybe the Bifrost would be the strangest? Death by rainbows!

Dulfy, do you plan on recording and sharing today’s pax reveal? I will be unable to see it live *sigh* and I would love to see it first before reading anything about it.

Pfft, did they just consider pvp/wvw when they made this? Only toxic alliance mobs can be ‘finished off’ in pve. Even in wvw most ppl are ‘finished off’ by aoe’s and damage rather than actual finishing moves.

Yep, exactly what i suspected it to be :F
D/D – Staff set
https://media.giphy.com/media/wM8V98B6YySB2/giphy.gif