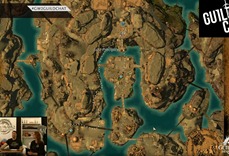 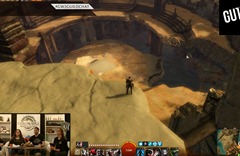 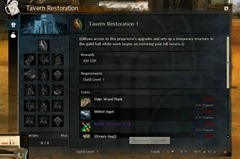 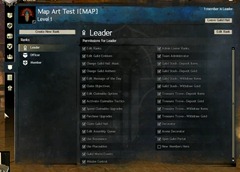 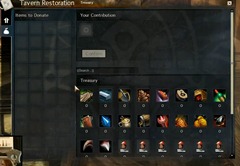 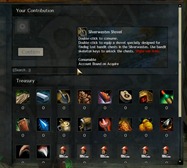 Dulfy, did take notes on the other guild hall that they released?

Look at Points Of Interest: Episode 23. For a tour of Gilded Hollow

Has there been any word on grandfathering of guild bounty/trek/rush/puzzle research? I mean the actual unlocking of the guild mission, not the number of missions available.

All this material gathering/donating for upgrades/decor reminds me of warframe’s clan dojos.

What about guild commendations Will they still be of use?

So about that video?

Rendering is a taking a while as I had another computer render the video and it is significantly slow.

Thank you for responding

Video is now up! https://www.youtube.com/watch?v=Aru8vv7y8tY

So tired of time gating mechanics. There’s no benefit to making me gather 1 single item per day/week, I’m just going to get tired of that and never complete it and no it’s not going to keep me logging in, it’s going to make me stop logging in because I know I can never complete whatever it is in a timely manner so I can actually enjoy my time.

“There’s no benefit to making me gather 1 single item per day/week” The benefit is for them. If they lock you out for 4 months from one thing you could do in 5 minutes, they can say they implemented “4 months worth of content”. Thats the main issue the expansion will have. Its not a ton of content, just time locked content to make it seem its large and long. Frankly this time-locked mechanics are not worth the asking price of 50 bucks.

Any word on will some other things carry over except banners and bank?

So what currency will guilds use for upgrading categories, banner purchases, and WvW perks now that influence is going away?

I havent seen the addressed anywhere yet but I NEED TO KNOW!!! Is ther going to be a Black Lion Trader available for the Guild Hall?