Torn from the Sky

You will need to do this story instance 3 times to get all the achievements as Dug In and Search and Rescue does not unlock until you have completed Torn from the Sky once and they require you to pick different choices during the instance. Additionally, one of the achievements require you to be a Sylvari player or have the instance opener by Sylvari.

Help the soldiers build up their defenses. You get this achievement if you pick to help Explorer Metella instead of Laranthir of the Wild. 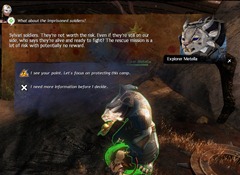 Help Laranthir search for prisoners. You get this achievement if you to help Laranthir of the Wild instead of Explorer Metella. 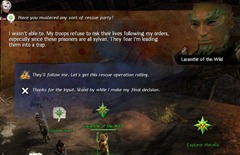 You must be a sylvari player and picked the option to help Explorer Metella to help the soldiers dug in. Right after you started salvaging equipment from the wreckage you will meet a Sylvari Pact Soldier who is having issue with Mordremoth in his head. If you are a sylvari, your character will automatically snap him out of it and grant you the achievement. Other races will not have this opportunity. Grouping with a sylvari player and have them open the instance may work as well. 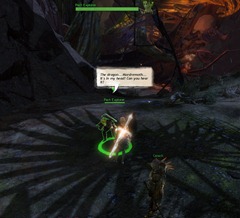 Keep the turret operational during the night attack. You must pick the choice to help Explorer Metella to help the soldiers dug in. This will spawn a turret once you return from the salvage.

This is actually the achievement that requires the most effort in this story instance. You will need to slot some crowd controls like knockbacks, cripple, immobilize, or blind. If the waves of Mordrem get close to the turret, get them away. When the Mordrem Cavalier spawns, be sure to kite him away from the turret if possible since his attacks can basically two shot the turret. Once the Rytlock cutscene happens and the Cavalier dismounts, you want to kill his mount quick to prevent it from charging the turret and then fight the dismounted Cavalier well away from the turret. 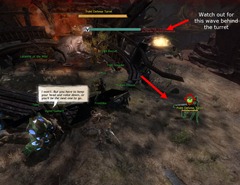 Also beware of the wave of Mordrem that spawn behind the turret. You want to engage them ASAP before they all charge towards the turret.

Defeat 30 Mordrem during the night attack. Pretty much a guaranteed achievement.

You will need to do this story instance twice since there are achievements for the two possible choices you can make here.

Choose to go with Tizlak to attack the Mordrem Guard at their staging area before they can attack the Itzel village. 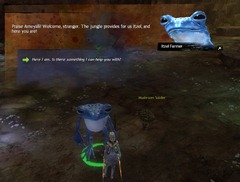 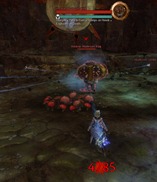 Totems of the Itzel – 5 pts

Help the high priest recover the totems of the Jaaka Itzel tribe that are scattered throughout the jungle after last Mordrem Guard attack.Like the Fungus achievement, you can do this before you talk to the Hylek scouts.  High Priest Copul is inside a cave.

She asks you to find 5 Iztel Totems that are scattered around the instance. Their rough locations are marked but you will need to hold down ctrl to locate them. 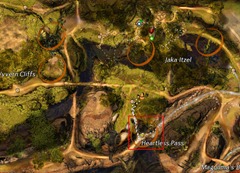 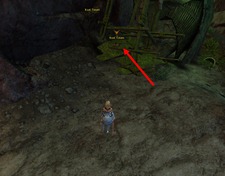 This one is a bit tricky, you need to jump down on the branch and do a little jumping puzzle to get back up to turn in the totem. 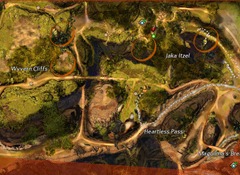 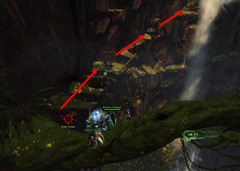 This one is next to the plank guarded by a veteran boar. 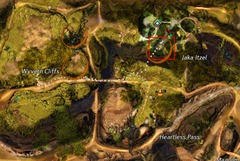 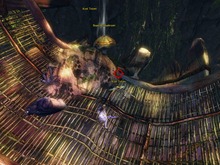 This one is guarded by some Zintl frogs at the top. 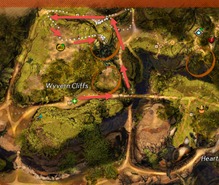 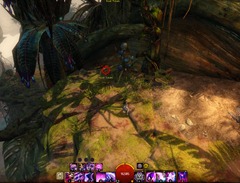 The last one is reached the same one as you reach the previous one. The totem is a bit lower and guarded by some trolls. 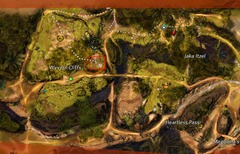 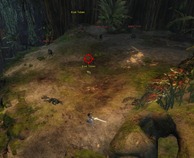 Prisoners of the Dragon

You will need to do this instance twice since the Peer Review and My Friends, the Smiths achievements don’t unlock until you have done the instance once.

Explore the mesas and follow the ornithologist’s trail of clues to verify or disprove his hypothesis. 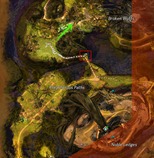 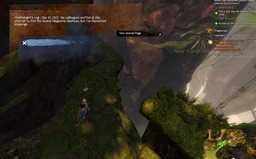 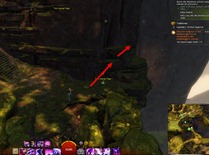 My Friends, the Smiths – 5 pts

While traveling to the Mordrem prison camp, find and rescue the five ordance masters from the Pact: Baroosh, Shashoo, Beigarth, Izu and Occam.

Beigarth can be found in the cave filled with Mordrems. He is the first guy that you can rez. 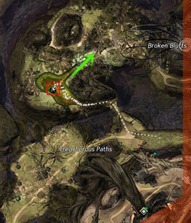 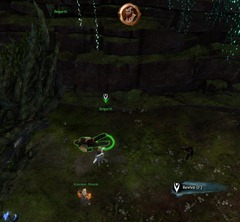 To be able to interact with the 4 other NPCs you need for this achievement, you will need to talk to Beigarth after you cleared the Mordrem camp before the tendrils. He will give you an event to revive the four other NPCs. 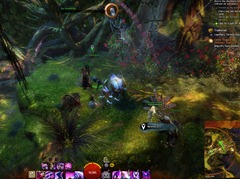 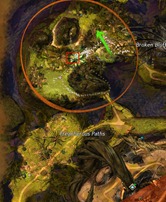 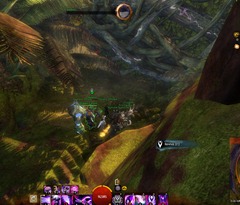 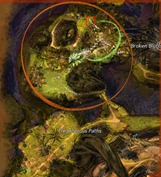 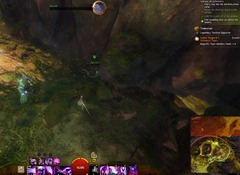 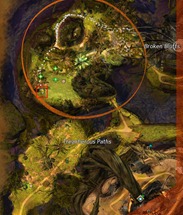 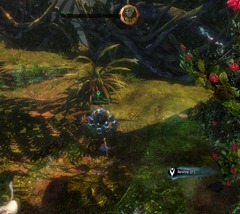 When ascending the narrow path off the plateau, destroy all the Mordrem tendrils without being hit by their poison area attacks.F

or this achievement you want to take it slow and careful. Let the NPCs take the aggro from the tendrils while you follow behind a distance away and use the pact ordance grenades to take them out. If you get hit by the red circle attack from the tendrils, you will disqualify for the achievement. 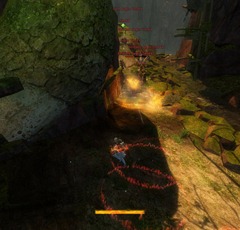 When gliding down to the Mordrem prison camp, land within the marked target zone. This one is a bit easy but you may need to redeploy your glider a couple times to make sure you don’t fly pass the landing zone. 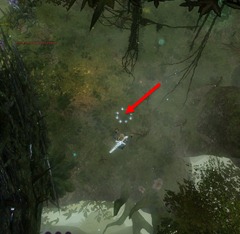