A guide to crafting the Nightfury Halloween Ascended shoulders introduced with Halloween 2015. 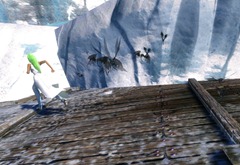 What you need from Halloween

Everything else can be obtained later. 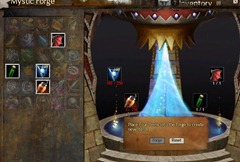 This is a discovery recipe (Huntsman 400) and it requires the following.

This is a mystic forge recipe and requires the following

Gift of Darkness is made by 400 armorsmith. Recipe can be brought for 10 gold from Miyani next to the mystic forge.

How to get Linseed Oil

There is a flax seed farm below the Jaka Itzel Waypoint in Verdant brink. Drop down all the way to the very bottom. You can farm this daily. 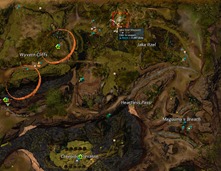 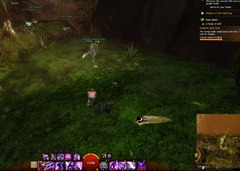 Additionally there is a Heart of Thorns story achievement that give you 10 Vials of Linseed Oil but you can only do this once per account.

How to get Tattered Batwings

You can farm Ascent to Madness dungeon infinitely for a chance at Tattered Batwings. They are a rare drop so be prepared to farm it for a while. This is a 5 man dungeon. 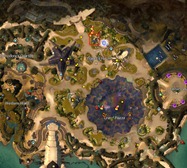 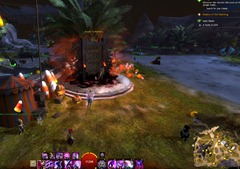