GW2 Auric Basin Mastery Insights and Strongboxes Guide.Special thanks to Versepelles for the help in creating the guide.

From Wanderer’s Waypoint, glide south but don’t decrease your altitude too much. Your goal is to be just high enough to glide to the Quetzal camp north of the Exalted city so you will need to stop at some tree branches in between to recharge your endurance. Once you are there, run to the wall with the mastery point and jump on the ledges. 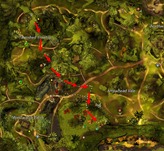 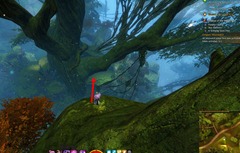 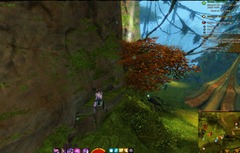 Begin at Westwatch waypoint. Run south through a valley of pocket raptors, then jump on a bounce mushroom which will send you directly to the mastery insight. 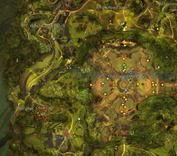 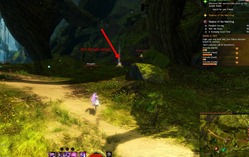 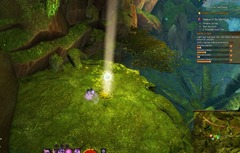 Begin at Southwatch Creep waypoint. Run west past some mushroom chargers and Mordrem, then turn north through a cave with some pocket raptors. Through the cave is an open area with a prominent protruding rock. Glide off the rock directly into the waterfall. 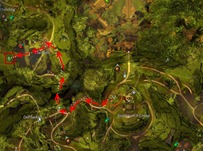 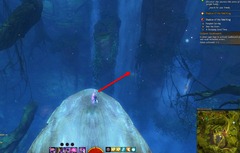 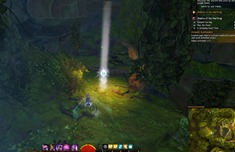 Begin at Chak Hollow waypoint. Run west up the logs surrounding the Mordrem camp. Through the large hollow log, jump to the northeast and immediately glide into the updraft. Turn to the west, and follow the updrafts to the insight. 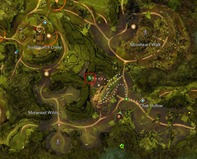 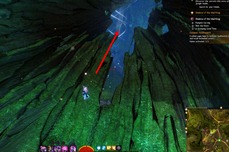 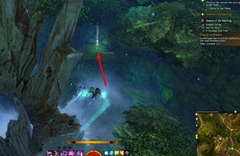 Begin at Southwatch Waypoint. Travel west through some mushroom chargers and Mordrem. Hop up the mushroom, then glide back north then east, following the updrafts. 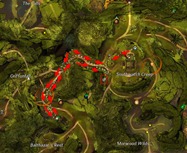 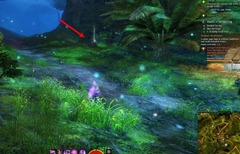 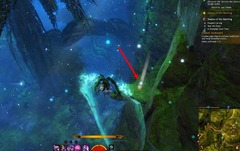 Start at Eastwatch waypoint. Travel south towards the exalted pylon. Near the pylon are two mushrooms which lead to the insight point, but if the pylon is inactive, there may be many Mordrem guarding the area.

Use either Nuhoch Wallows or Leyline gliding to get to the Burnisher Quarry area and then head south via the caverns there to a pit filled with poison. You will need Itzel Poison Lore to be able to survive long enough for a channel. The poison will interrupt your channel so even if you can survive for a few seconds, you won’t be able to channel it. 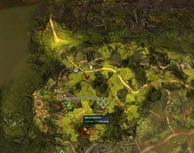 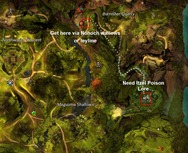 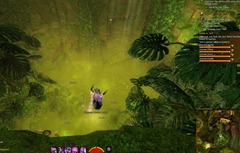 From westgate, take a left into the wall with bunch of pillars. You will find bouncing mushrooms on the north side of the hall you can use to get up to this area. The mastery point is at the end. 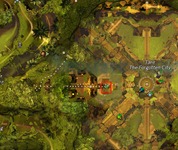 Begin at Wanderer’s waypoint. Travel southeast to a bounce mushroom which leads to a number of exalted portals in a tree. Jump off the east edge and glide to the mastery point. 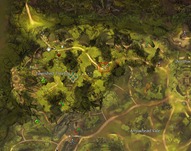 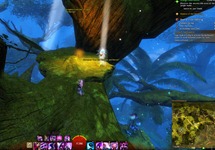 Run west from Southwatch waypoint to the “Fungus among us” activity (it is up a tree you have to climb). Travel up the activity path into the cave. The strongbox is at the top of the cave so you will need to do some jumping to get to it.

Run south from Westwatch Waypoint and take the bouncing mushroom at the bend near Lastgear standing. This will put you up to a platform and you can glide to the strongbox. 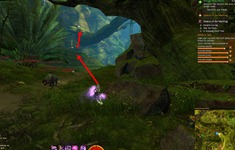 From Eastwarch waypoint, head to the waterfall and drop down to the water below. You will find path to a cave to your left that leads to a strongbox. A veteran mob spawns when you enter the cave but you can bypass it stealth if you do not wish to fight it. 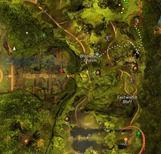 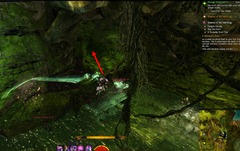 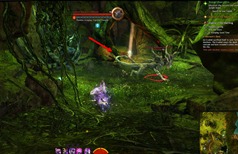 Run south from Eastwatch waypoint to the exalted Pylon Area. You can either use the bouncing mushrooms or the pile rocks to get up the ledge and head to the strongbox. 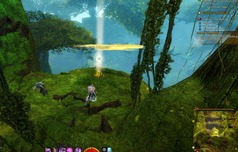 Special thanks to Versepelles for the building the guide and providing it with images, writeups and videos.