A guide to locate all 10 Ancient Itzel Totems for the Jungle Totem Hunter achievement in Verdant Brink.

Completion of this achievement will reward you with 1 AP and 1 Mastery Point.

To unlock this achievement, you must have the done the achievement Totems of the Itzel in Heart of Thorns Act 1.

You only need the basic gliding mastery since all the totems are in the lower canopy. Having updraft gliding will make things a bit faster but it is not necessary. Hold down your ctrl button to help locate these totems. 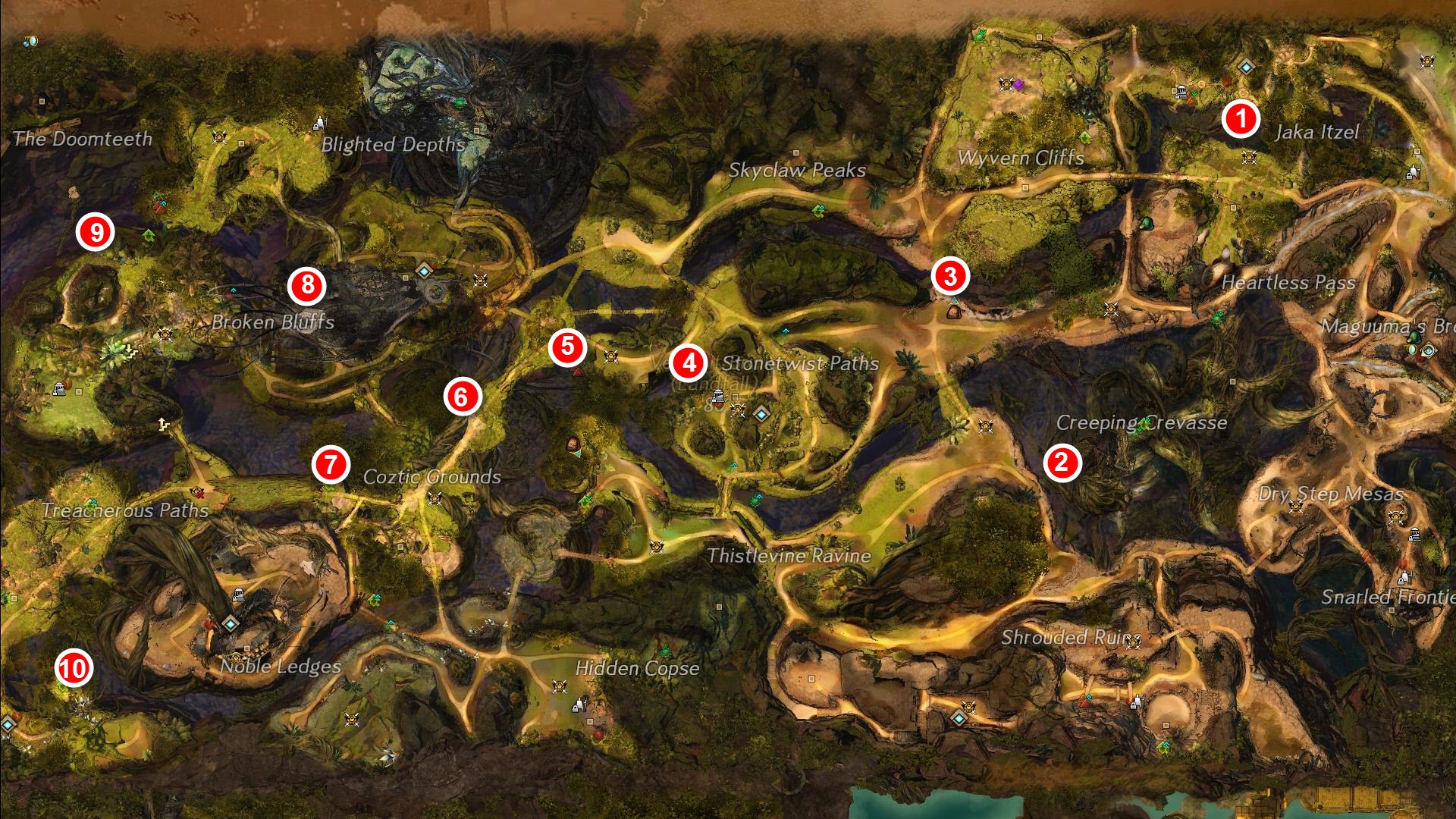 Drop down to the lower canopy south of Jaka Itzel waypoint and you will find this totem on top of a branch. 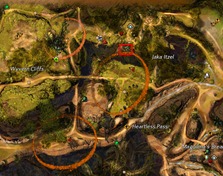 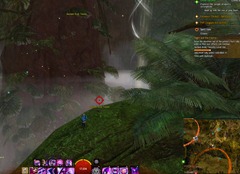 Glide west and down from Shipwreck Peak Waypoint. The Ancient Itzel Totem is right above the stony arch structure on top of a branch. 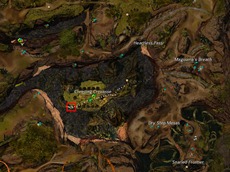 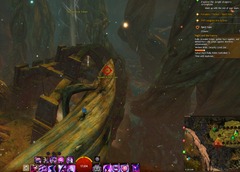 Glide NE from Pact Encampment Waypoint and drop down all the way to ledge with the Hero Point. It is right next to it. 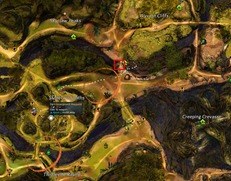 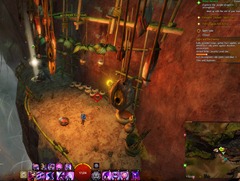 Go NW from Pact Encampment Waypoint and drop down when you see an waterfall that is pouring water below. The Ancient Itzel Totem is on a little ledge as you drop down. 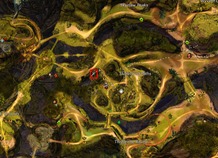 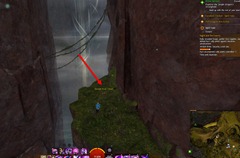 Either head east from Mellaggan’s Valor Waypoint or west from the previous totem and drop down in the area below the vista until you spot this Ancient Itzel Totem semi hidden inside a root like structure. 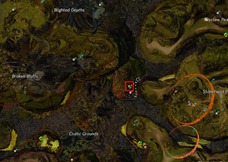 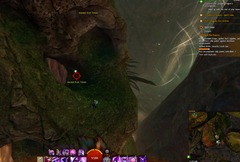 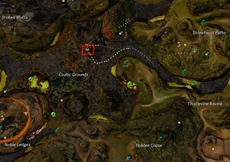 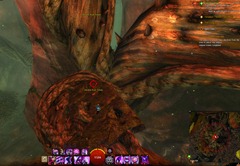 This totem is right next to the hero challenge on a side branch sticking out. Get to here by either going NE from Faren’s Flyer waypoint if it uncontested or fly west from the previous totem (may need to use some nearby updrafts). 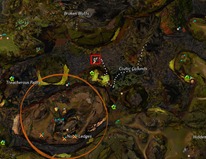 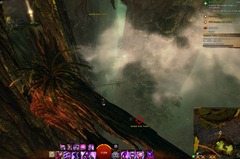 Jump down in the area north of Broken Bluffs (west of Mellagan’s Valor Waypoint), you will find some yellow mushroom pads on the side of the cliff next to an updraft. The totem is located on one of the mushroom pads. 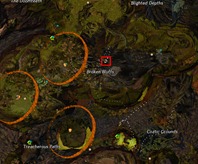 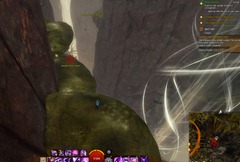 If you have access to a Lost Precipice guild hall, exit it and the totem is right across the chasm below. Otherwise you can just run NW from Mellagan’s Valor Waypoint or the previous totem depending on if you can make to the updrafts in the air or not. 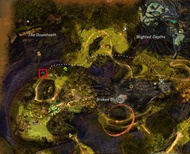 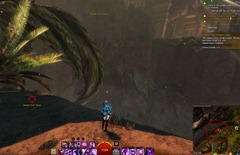 Drop down NE from Treacherous Path Waypoint and you will find this Ancient Itzel Totem hiding under some leaves. 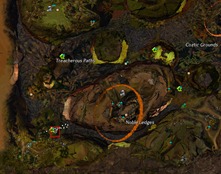 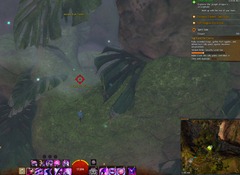