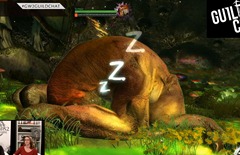 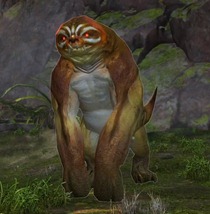 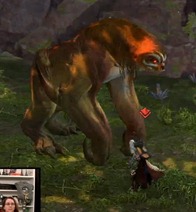 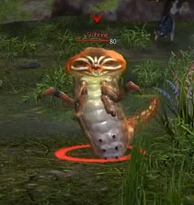 they made a cute boss. wow

Hee hee hee, lookatem! So goofy lookin’! I love it!

This is a joke right? I mean wtf … where is your fantasy ANet? A sloth?! Really?! Grubs with sloth heads?!?! COMON AT LEAST MAKE THEM LOOK DANGERIOUS!!! =_=”

I would like to beat the designers at ANet for this. This is just pathetic and stupid.

Not surprising, I mean the elder dragon Mordremoth looked like a fat zombie ffs.

Poor Slothasor is going to just be minding his own business, sleeping. When some A55 Holes come along and decide to kill him. You all should be ashamed for your selves!