A guide to Slothasor, the first boss of Salvation Pass raid. Special thanks to members of [zQ] for the kill.

Imbued Mushroom is a mechanic that will transform the player using the mushroom into a slubling, which makes you friendly to the boss/slublings but hostile to other players. The transformation itself lasts for 45 seconds and there is a 3 minutes 20 second cooldown before you can use the transformation again.

There are 4 Mushroom spawn spots but only one spawn at a time with 50 seconds between spawns. The mushrooms spawn counterclockwise in the spots marked below. We typically use squad markers to mark their locations. You want to have 4 players assigned, one for each mushroom with a backup incase one of them dies or get Volatile Poison. 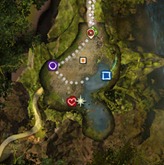 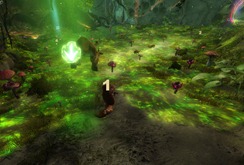 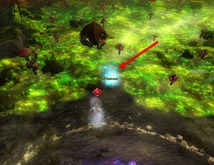 While in the slubling form, you want to clear the poison on the ground by walking next to a mushroom and use the #1 skill which has replaced your weapon skills bar. This will clear the poison for around the mushroom for 1 minute. The idea here is you want to clear a path to the next Imbued Mushroom. You have plenty of time to do this since the transformation lasts for 45 seconds. You don’t want to clear the mushrooms too quick so they respawn before the group has a chance to move there and you don’t want to do it too slow either. The poison ground damage players for 3k damage a tick so it can be very lethal fast. Once you have cleared the poison to the next mushroom, you can use #5 skill to exit the transformation and rejoin the fight. 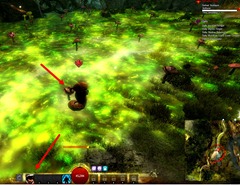 Tantrum is a series of 3 consecutive attacks that drops orange circles under each player. Each attack drops a circle so the goal here is to stand still and dodge when you see 3 circles under you. If you move around early, you will drop the orange circles all over, making it hard for other players to dodge. There is about a 0.5s delay before the next circle appears so you just need to mentally time it and dodge once you think all the circles have being dropped. Ideally the group should stack together and dodge as one to minimize the amount of orange circles. 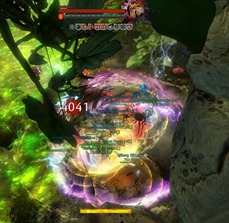 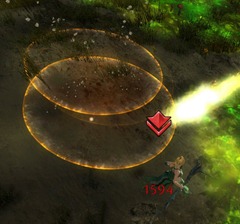 If you fail to dodge the orange circle, you will be knocked down for 5s and receive ~4k damage. If you happened to get knocked down in multiple orange circles, you will likely be instant downed or even die. If you any skill that block attacks or give you Aegis, they will work on blocking the damage/knockdown from the circles.

Fixation and Volatile Poison are two mechanics that require everyone to pay attention and focus throughout the fight.

Fixation is a tanking mechanism where a random person will get a purple icon above their head (this is not really visible if you have the Commander tag). You will see a message appear in the screen (Player is currently fixated) and Slothasor will begin follow this fixated person. The fixated person basically act as a tank for the next 30 seconds and they will need to lead Slothasor to the next Imbued Mushroom. 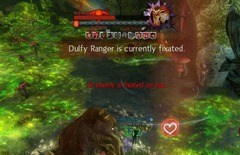 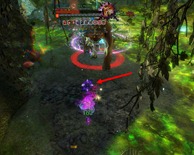 Volatile Poison is an awareness mechanic where a random raid member will get a green skull above their head. This person need to go behind the Slothasor and drop the poison away from the raid. You will also hear a ping sound when you get the green skull if you have game sounds turned on. When you have the green skull icon, you also will have a debuff icon on your bar that will last for 8 seconds. Once this debuff expires, you will drop a red poison circle that will gradually expand and cover the ground with poison. 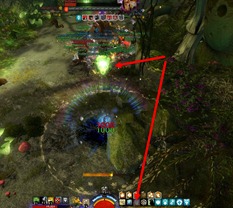 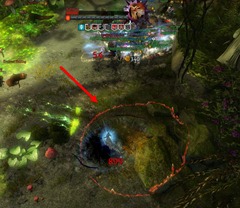 Volatile Poison is one of the most problematic mechanics. If you get downed while having this debuff, you will drop the poison circle immediately and it can be really hard to revive you unless someone use a Search and Rescue or Transfusion (Warbanners don’t work too well here since it is just a massive heal that is rather ineffective with poison). Additionally, if you are on mushroom duty and use an Imbued Mushroom, you will also drop the poison circle on the mushroom spot. So you will want to call for a backup if you are doing the mushroom and got the Volatile Poison right before you are able to use your mushroom.

Halitosis is a flame breath attack that Slothasor uses every 13 seconds. It is a frontal attack with a fairly long range so only those in front of him will be damaged by the attack. It is a quick succession of several attacks that will nearly down anyone caught in it. In addition, it will apply 8 stacks of burning if you caught the full duration, which eat away your remaining health unless it is removed quickly.

The attack is fairly easy to avoid as long you are paying attention. It has a very obvious tell where Slothasor will stand up and his body will glow white. You want to dodge as soon as you see Slothasor put his front paws on the ground again. You can either dodge into him or dodge away. Depending on how close you are, you might need to dodge twice. If you are behind or to the side of Slothasor you do not need to dodge. 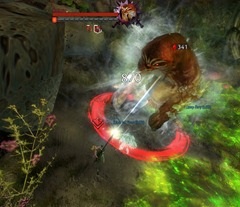 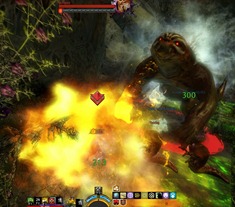 Slublings start to spawn at 30 seconds into the fight (6:30) and every 30s after. At first only Slublings will spawn but as you get down to below 30% mark Evolved Slublings will also spawn. Slublings will use projectile attacks on the raid that also apply a host of random conditions such as poison, cripple, weakness, vulnerability, confusion etc. The goal here is to have the chronomancers use their Temporal Curtain to group up the slublings and pull them next to the boss if possible so the raid can AoE them down.

You will also need to reflect/block their projectiles. This is where various classes with projectile defense can shine

Evolved Slublings start spawning once Slothasor gets below 30%. These guys have more HP and some of their projectile attacks are unblockable. They will also convert boons on you to conditions. They add a lot of pressure to the fight so you want to kill Slothasor before too many of the Evolved Slublings spawn and ruin the day.

Breakbars occur every 20% but also at 10% (80, 60, 40, 20, 10). During the breakbar phase Slothasor will sit on the ground and stop moving. You will need to break his breakbar to move Slothasor move again. You will need to save your crowd control skills for this. Slow breakbar can risk poison to creep up, especially if someone gets the Volatile Poison and need to drop it behind the boss. 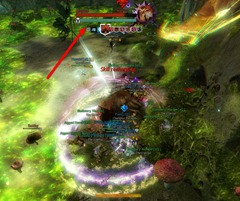 Fear occurs right after the breakbar. Slothasor will stand up and then land to roar. Fear will be applied with this roar. There are a couple things you can do to mitigate this fear. 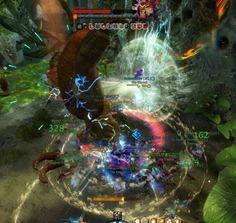 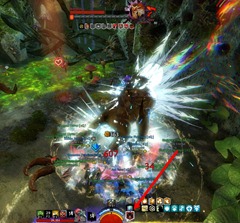 At 50% HP and every 45 seconds after Slothasor will perform an attack people call Shake/Wet Dog/Coconuts. Basically he will stand still and starts to shake his body. Coconut like projectiles comes out of him and if you get hit you will receive massive amount of conditions that will down you in no time.

To counter this you can do a couple of things