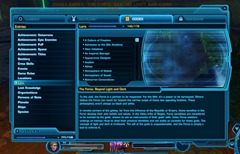 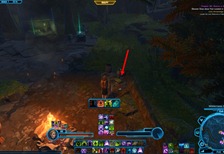 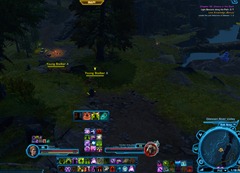 Do not interact with the Sith box yet. Instead, click on the body in the ground (Harris) and get the Medallion from him. 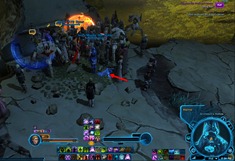 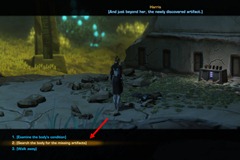 Step 2: Go to back of Architect’s Hollow cave and your Sith Medallion will automatically appear. Use the ability to summon a Corrupted Cave Stoneray. You are going to loot a Sith Medallion Crystal off the body.

Once you done that, open your inventory and pick the Mission Items Tab and click on the crystal to place it inside the Medallion. 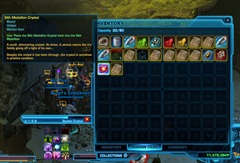 Step 3: Now exit the cave and go left, you will find a clickable Relic Keeper’s Altar. Click it to summon a Massassi Relic Keeper and kill it to get the Tablet of Victory. 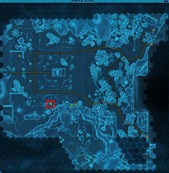 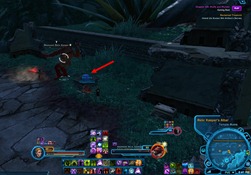 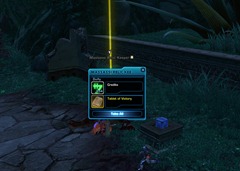 Step 4: Go back to Architect’s Hollow cave and approach the box. Remember your sith code. Pick the Try placing relic tablets in the slots. 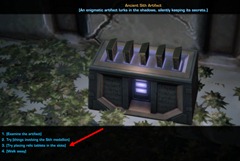 Peace is a lie, there is only passion.
Through passion, I gain strength.
Through strength, I gain power.
Through power, I gain victory.
Through victory, my chains are broken.
The Force shall free me.

Pick the placing relics tablets in the slots option. Note that if you escape the cutscene after placing the tablets, you need to do it again. 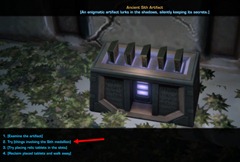 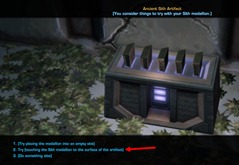 You will get teleported to a new cave with a Khem Val copy. You will need to beat him up like you did years ago with Khem Val and he will give you to the option to either accept or reject him after some conversation. If the instance bug out somehow, click on the Ancient Sith Artifact to exit the cave and then click on the Sith box back in Architect’s Hollow to get back in. Otherwise you can try exit and reset the mission if nothing else works. 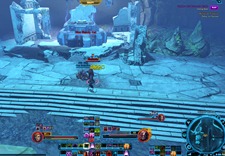 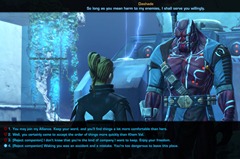 After using the Alliance Alert system to travel back to Oggurobb, you will get your own Khem Val copycat named Ak’ghal Usar. 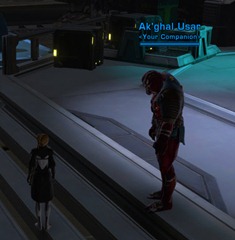