A guide to cooking in Black Desert Online with all the available cooking recipes. Updated July 7, 2016.

Cooking is an essential Life skill in Black Desert Online that not only enhance other Life Skills but also greatly improve your PvE/PvP experience with a whole array of foods to enhance your combat abilities.

Cooking is relatively easy to pick up and many of its ingredients can be used interchangeably so there is usually no need to chase down a specific material that might be hard to obtain.

Cooking associates tightly with Farming and Fishing. While you might be able to get by with purchasing ingredients off the Marketplace, it is much more reliable to get them yourself, especially if you are thinking of mass production.

Fishing is mostly self-explanatory but for Farming you can consult the guide here.

To get started on cooking all you need a Cooking Utensil purchased from a Chef (use the NPC window and select the cooking button to locate the closest chef). The basic one you can purchase from the vendors will do for now but as you level up in cooking you may want to look into better cooking utensils you can make from Tool Workshops in cities. The better ones will have higher durability, allowing you to craft more in an AFK cooking session and have faster crafting speeds. 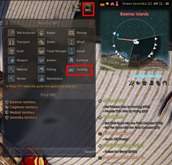 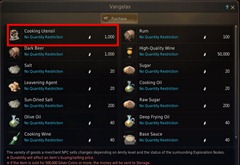 The great thing about cooking is that in most cases you can interchange ingredients as long they are of the similar type. This means that if a recipe calls for grain you can put in potato or corn and it will just work the same. If it calls for fruits apple or grapes or any other fruits will work identically. You can interchange ingredients in the same recipe as well. If a recipe calls for 4 apples for example, you can put in 2 apples and 2 grapes instead.

Additionally, something to note is that ingredients have three tiers of quality. There is the normal quality which is what most recipes are based on. However, there are also High Quality and Special/Top Quality ingredients that are surrounded by a green and blue border respectively. What this means is that you can use less of the higher quality ingredients in a recipe. The general rules are

From Beginner to Apprentice you should be focused on making Beers for your workers. The recipe is as follows

Starting at Apprentice 1, you start doing some of the cooking dailies in Velia and Olvia to raise your cooking skills (see below). Some of them won’t fully unlock until you reach Skilled.

Making Beer is still a decent way to raise your cooking levels but you might want to start thinking about making Tea with Fine Scent for the Milk Tea/Sute Tea that you will be able to make once you hit Skilled in cooking. I went over the details of Tea with Fine Scent over at this guide but I will also list the recipe below for reference.

Starting at Skilled 1, you can make Milk Tea/Sute Tea so hopefully you have stockpiled a bunch from the Apprentice levels for use. Once again, the details for making these two teas are covered here but for reference the recipes are as follows.

Doing the cooking dailies mentioned below will give you a nice chunk of cooking XP per day but otherwise it is a slow road from here on out. Make whatever you feel like/need.

Olvia dailies unlock as you get to Beginner 10 in cooking and they are much easier to do than the Velia ones. However you do need to unlock the final one with 200 Amity with Nadia Rowen. 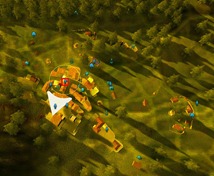 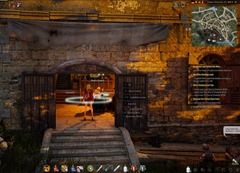 A Glass of Beer

A Poultry Dish (unlock with 200 Amity)

Velia Cooking dailies start to get unlocked once you get cooking Apprentice 1 but two of the later ones require Skilled 1 and Skilled 6 to complete. The dailies are from Shelley in the bottom floor of the building to the left of Igor Bartali. You must complete the quest Do You Remember How to Cook? from Shelley first to unlock them. 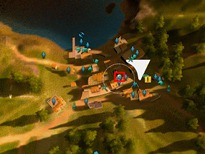 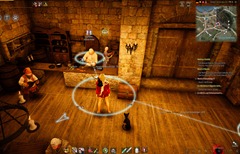 Memory in Your Hands #1

Memory in Your Hands #2

Cooking Ingredients can be classified into several families that can be interchanged in a recipe.

You can purchase most seeds from the Marketplace but incase there are seeds unavailable you can purchase some from the seed vendor in Calpheon, Ahr. She has the most complete seed collection out of any seed vendor. These seeds need to be planted in your garden/farm. 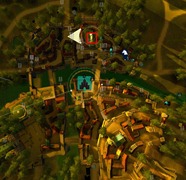 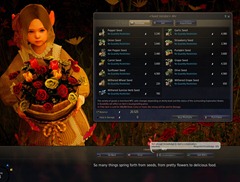 Aloe previously was a pain to gather pre-Mediah but with Mediah has become widely available. Infact there is an Aloe node right now Ahto Farm in Mediah where you can send your workers to gather it. 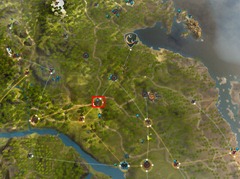 Cooking Honey can be obtained exclusively from the Alejandro Farm node near Heidel. 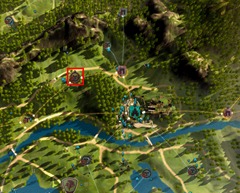 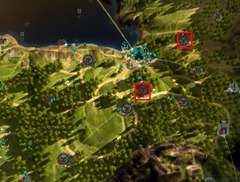 Milk is obtained by milking cows. You can find cows west of Olvia, Falres Dirt Farm east of Calpheon and in Bain Farmland south of Calpheon. There are dailies by each of the farm for milking cows that will reward you with 10 milk each as well. Additionally, you can get milk by turning in one of the cooking byproducts. 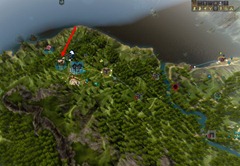 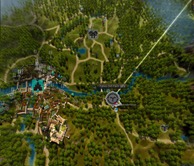 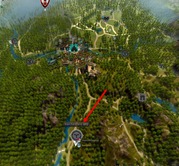 Out of the grain family, Potato can be gathered by workers at the Bartali Farm, Loggia Farm or the Finto Farm nodes all close to Velia. 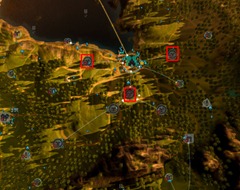 Wheat can be found in Northern Wheat Plantation (east of Calpheon), Costa Farm, and Moretti Plantation south of Heidel. 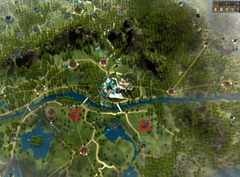 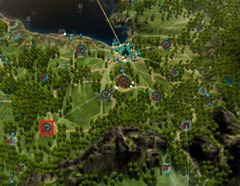 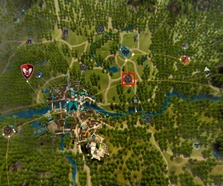 Sweet Potato can be found in Shuri Farm in Mediah. 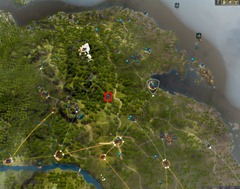 Farming wise, all have seeds taking up 1 garden slot except for Corn which take up 2 slots.

Fish and Seafood are not interchangeable in a recipe. If a recipe calls for fish, you cannot substitute seafood and vice versa.

If you are looking to fish up seafood while AFK fishing, you need to uncheck the throwaway useless items button or all the seafood will be thrown out.

You can dry fish/seafood via Drying under the processing (L) menu. Dried fish/seafood won’t expire but it will take twice as much in the recipe. So if a recipe calls for 1x fish, you will need to put 2x dried fish.

For flowers the easiest to acquire are Sunflowers as you can mass produce them on a farm. Rose and Tulips can also be gathered manually from Northern Wheat Plantation.

Out of the Fruit family, the easiest to obtain are Grapes and Strawberry. Apples can be only picked off Apple Trees in the wild and the rest are solely from a special vendor in Capheon (Milano Belucci).

Grapes can be gathered from the Casta Farm node just east of Olvia. Farm wise grapes take up 2 garden slots so it is not the best for farming. Strawberry would be a better choice since it only takes up 1 slot. 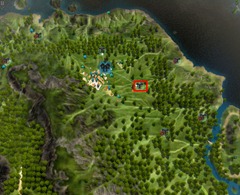 For cooking, meat are divided into three categories: regular meat, bird meat, reptile meat. They can’t be interchanged with each other so you cannot use bird meat when a recipe asks for regular meat. 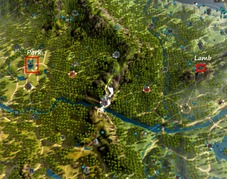 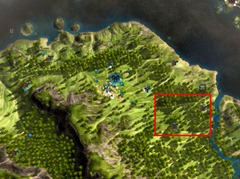 The easiest to acquire is Chicken Meat. There are nodes for it at both Bartali and Finto Farm near Velia. Your workers at the Chicken Meat node will also produce Eggs, which is in high demand. 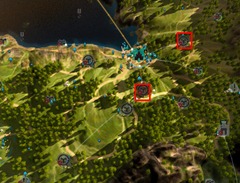 Lizards can be found in the swamps around Glish. Waragon can be found underground near Northern Wheat Plantation. Cheetah Dragons are found in Mediah.

Spices here includes Garlic, Onion, Pepper, Hot Pepper, and Cinnamon. With the exception of Cinnamon, which is a Mediah addition, the other spices cannot be obtained from nodes and must be acquired from farming/gardening. Olvia cooking dailies do reward them as well but you are limited to 15/day.

Cinnamon can be acquired from the Kasula Farm node right next to Tarif. 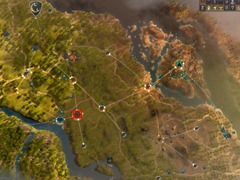 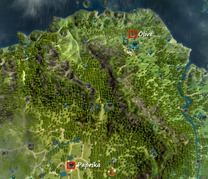 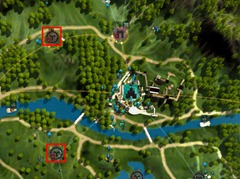 Olive/Paprika/Pumpkin/Tomato can all be grown on a farm as well. All except for Pumpkin takes up 2 garden spaces.

Much like Simple Alchemy, Simple Cooking allow you to make Grain Juices that act as HP potions. The top tier grain juices you can make is even better than the best HP potion you can make and they weigh a lot less.

You do not need to use a cooking utensil to use Simple Cooking. It can be done with the Production Activity window (L). All it needs is 3 Grain and 1 Mineral Water for every Grain Juice you want to make. Since you cannot split stacks in Simple Cooking, you just move your character when you want to stop or it will go on until you are over the weight limit. It no longer cost energy to do Simple Cooking so energy issues are no longer a concern. 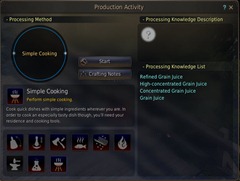 Much like alchemy, cooking produces byproducts you can turn in for milk, beer, coins, cooking XP or contribution points. There are 5 different kinds of byproducts that you can hand in to NPCs around Heidel.

These specials require multiple food to make but grant you various buffs.

There are several items that can enhance your cooking experience. Make sure you are using the Sute Tea you are making for that 8% more cooking XP. This will stack with the clothes and costumes for a total of 33% more cooking XP.

You can only wear one of the clothes. It goes into your armor slot.

The Canape costume from the Pearl Store will give you 15% Cooking XP and decrease your cooking time by 2s. This is a set effect so you have to wear all 3 pieces of the Canape costume to get the effect.

If you happen to get the Alchemy Stone of Life, they will decrease your cooking time. The % decrease depends on the tier of alchemy stone with the top tier giving you a 25% decrease (more realistically you are looking at the most 11% as the top tier ones are extremely hard to obtain). 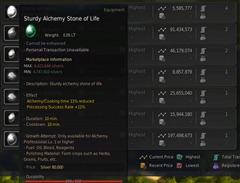