A guide to Keep Construct, the 2nd raid boss of Stronghold of the Faithful Raid Wing.

Keep Construct has two buffs you need to be aware of.

Starting at 9:40 on the timer, two mesmer projections will spawn from on statues on opposite sides of the room and become fixated on a random player similar to the fixation mechanic from Slothasor. Each of the mesmer projections will have a white circle underneath them and if the circle of one of projection touches the other projection they will gravitate toward each other and merge to form an Insidious Projection that has a lot more health and will convert player boons to conditions. 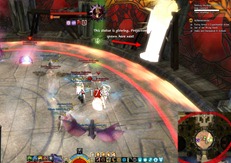 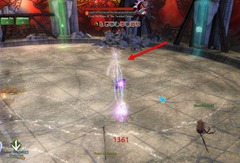 Construct Core Phase is only encountered if you remove Keep Construct’s Xera’s Embrace buff and then break his breakbar. During this phase the first thing you will see is 3 green circles split across the room. Each green circle will have a Xera’s Phantasm standing on it trying to protect the core. All you need to do is to have 2 player or more standing on each green circle and the Phantasm will be destroyed once the green circle times out. Failing to do so will result in a raid wipe. 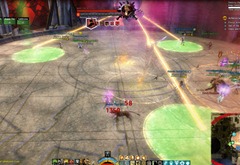 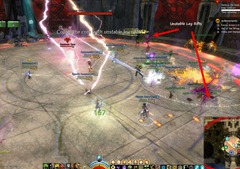 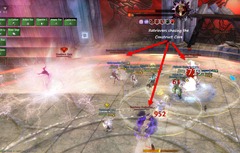 The Construct have a ton of HP that absolutely requires these burn phases so you want to get ideally 5 stacks of the debuff from the Core Construct phase or a minimal of 3 stacks on average to prevent an enrage. 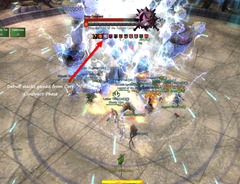 Depending on your DPS, you may not see much of this mechanic but it is worth mentioning as doing it incorrectly can result in a raid wipe. Radiant and Crimson Phantasms will spawn from time to time and they all need to be killed under a certain time limit. If you don’t kill them within the time limit, they will explode and cause massive raid wide damage. Radiant Phantasms will have a white attunement icon above their head and Crimson ones will have a red icon. Players in the raid will also get a white or red attunement icon above their head and they can only damage the Phantasms with the same color as their attunement.

You need to either kill these phantasms quick before they blow up the raid or you push the fight quickly into the Construct Core Phase which will cause these Phantasms to despawn. This is simply a raid awareness mechanic as the phantasms have very little health and die quickly. 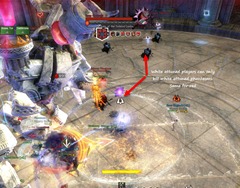 Keep Construct has four kinds of AoEs that are present in the fight.

The first is a large orange circle that indicates the area the Construct will smash/jump to. This is very easy to avoid but deals quite a bit of damage. It is also a bit infrequent. 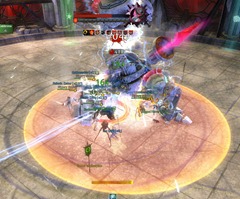 The next AoE is a rotating AoE attack much like the flame wall on Sabetha (although much less deadlier and won’t instant kill you). This attack is only a single triangle at high health % but evolve to a more interesting double and triple triangle pattern at low health % that can down a few players if they are not paying attention. Circle strafe attack around the boss in melee range is usually the best option to allow your healers to top you up. Becareful that you are not inside the little circular area in the middle as it also deals damage and can down you quickly. 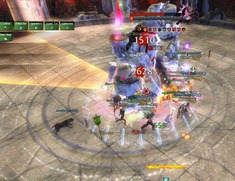 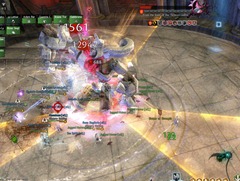 The third type of AoE is a raid wide exploding bomb much like the one on Matthias. The difference here is that the circles are much larger but you have plenty of time to get away from other players and not blow up on each other. Each circle you are standing in cause you to lose 20% of your HP. 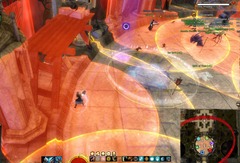 The last type of AoE is typically seen under 25%. Construct will jump up and then rain down small circular AoEs on the ground that are easy to avoid. 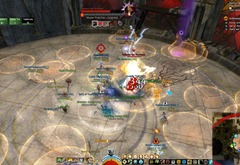 This is a special mechanic only seen at the 66 and 33% phase. Keep Construct will raise his hands up on the air and you will see a message on the screen – The Keep Construct is attracting energy to unleash Magic Blast. When this happens every raid member will get attuned to either white or red and then red/white orbs will start moving from outer edges of the room towards the Keep Construct. 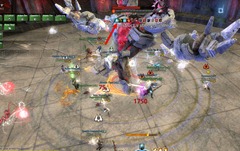 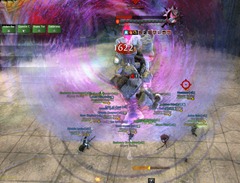 As long the Keep Construct doesn’t get very high stacks the damage from Magic Blast is very minimal.

Special thanks for members of the [zQ] progression team and Rubik from [LOD] for writing up the initial draft of the guide.