A guide to Xera, the 3rd and final raid boss of Stronghold of the Faithful Raid Wing.

The fight area has 7 platforms, with six smaller numbered platforms surrounding a larger central platform. Most of the fight will occur at the main platform but all the platforms will be used for the fight. 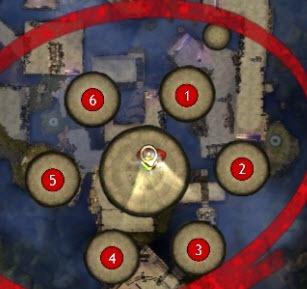 This fight applies a stacking debuff called Derangement to players when they get hit by any kind of Bloodstone attacks (small red circular AoEs) from either the Bloodstone Shards, or from Xera herself. It is similar to the stacking debuff you get inside the Twisted Castle maze and only becomes a serious issue once you gain high enough stacks as it can fear you and eventually one shot you (when it reaches 99 stacks).

This debuff havn’t been a serious issue except one or two attempts where it feared someone off a platform but it is worth to mention just incase. You can keep track of your debuff stacks in on your buff bar and once you get enough stacks you will see a silver, gold, and eventually red icon above your head as a warning.

You can remove some stacks of this debuff when you destroy the Bloodshard Shards that are by themselves on smaller platforms surrounded by red bubbles. Each Bloodstone Shard you destroy remove 5 stacks of the Derangement debuff. 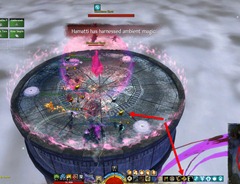 For phase 1, the raid should split into two equal teams (preferably with a healer on each but not necessary). You will start on platform 1 and one team will head to platform 6 while the other fly to platform 2 via Ley Line gliding.

You will see a Bloodstone Shard enclosed by a red bauble on each platform. To remove the bauble, you need to push/drag the Exquisite Conjunctions into the Unstable Ley Rifts while avoiding the orange circles. Doing this successfully 3 times will removed the bauble that makes the Bloodstone Shard invulnerable. 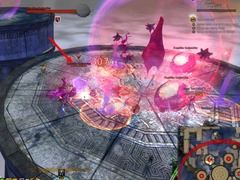 You have a limited time to kill the Bloodstone Shard before the platform disappear and Xera kills everyone.

Once you killed the first set of Bloodstone Shards, you can move on to the next platform via Ley Line gliding. This platform requires 3 players standing on 3 buttons to remove the invulnerable bauble. Standing on the buttons will give you a stacking debuff that instantly down you once it reach 10 stacks so you will want to coordinate and do a count down to have everyone stand on the platform the same time. Unless your DPS is super good you won’t kill the Bloodstone Shard on one go so you will need to have everyone step off at 8-9 stacks. The debuffs are apparently specific to the button so you can stand on another button or just wait a few seconds for a few stacks of the debuff to fall off. 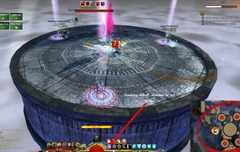 Once you finish off the Bloodstone Shards in platform 3/5, you will regroup at Platform 4 and then move onto the bigger central platform. In Phase 2 you will fight Xera directly. There are four things you need to know about this phase.

Xera has an enhanced Blurred Frenzy attack that will cleave anyone caught in front of her and give them high stacks of confusion. This Blurred Frenzy attack comes every 9th autoattack and give 3 Confusion stacks per hit, for a total of 27 stacks if you take all 9 hits.  Tanks need to watch out for this attack and use condition removals and blocks as needed as the high stacks of confusion and the damage can down you quickly if not blocked.

Xera has a breakbar phase where she will raise her sword in the air. If you don’t break her bar quickly, she will spawn a bunch of Bloodstone fragments that will cover the entire platform. You need to break her bar quickly to prevent the fragments from overcrowding the platform. Her first breakbar occurs at 90% of her health and then it is every 60s. 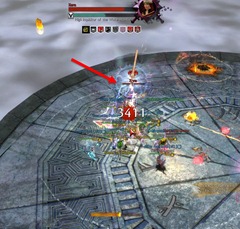 Lastly Xera will also summon phantasms and white mantle knights to aid her that can be pulled to Xera and cleaved down.

These fragments will spawn in an overlapping fashion in a clockwise direction with new ones spawning every 10s. Their goal is to block out the platform, making it unusable as you take damage when standing inside their AoE. This can be deadly when combined with the AoEs that cover half of the platform.  You can have 1-2 players assigned to take them out. 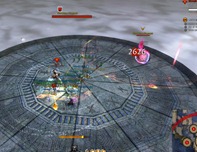 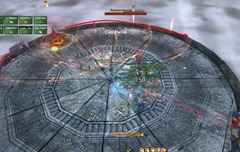 Every 30s, one half of the platform will be blocked out with an AoE that the entire raid need to move out of. The AoE pattern alternates in a pattern covering 1/2 of the platform. This AoE will convert boons to conditions. 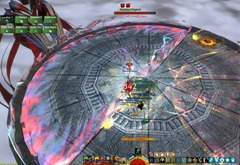 There is another AoE that originates from middle of the platform and shoot out red orbs. If any of the orbs touches you, it will create red circle AoEs that act like gravity well and lift you up. These circular AoEs will also increase your debuff stacks. 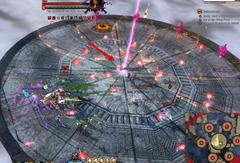 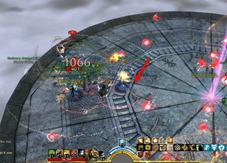 This will usually occur only once in this phase. One raid member will be called out to have harnessed some ambient magic. This person will gain a special ground targeted AoE bauble they can deploy with the special action key. This will shield the entire raid from Xera’s Deadly Attack. You don’t want to deploy this as soon as you get the item as the bauble only last for a few seconds and Xera doesn’t do the attack right away. When you see the message that Xera is poisoned for a a deadly attack, countdown to 5 and then deploy it. 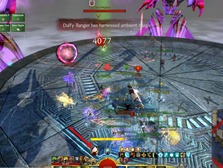 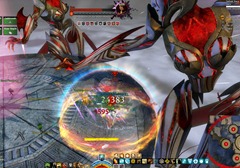 The Deadly Attack is not a one hit, one shot mechanic but rather a damage over time so even if you have to eat the first hit or two it won’t kill you as long you deploy the bauble in time. 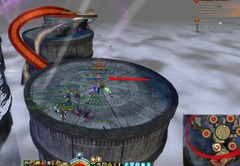 The two biggest dangers in this phase are the AoEs from the giant marionette hovering overhead that will try bombard your platform with AoEs. If you get hit by any of them, you will get Cripple, Torment, Vulnerability, Confusion, and gain stacks of Derangement. This can slow you down drastically or even down you, making a rez impossible as the platforms will disappear before your team can get you up. 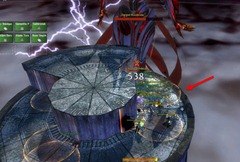 The other danger is purely self-inflicted. Sometimes the leyline connecting to the next platform points to a walled side of the platform. Instead of gliding head on to the wall, you want to glide off the leyline near the end and then glide through the opening in the wall. 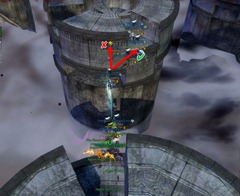 Phase 4 is the last 50% of Xera. This phase isn’t too different from Phase 2 with the exception of two things.

Bloodstone fragments will now spawn in a counterclockwise direction so you will need to move Xera differently in Phase 4.

The AoE covering half of the platform now also alternates in a different pattern: Aoes now originates in the center of  Platform 6 –> 1-> 4 –> 3.

At the same time as the teleport, Xera will perform the Deadly Attack mechanic on rest of the players remaining on the central platform. 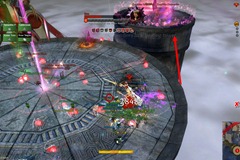 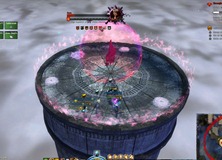 Special thanks for members of the [zQ] progression team and Rubik from [LOD] for writing up the initial draft of the guide.