A guide to the Ley-Line Anomaly current event added with June 28 patch.

If you have completed the previous episodes, you should have gotten a mail from Ela Makkay, talking to her will give you the Ley Line Researched achievement and a Ley-Infused Lodestone. 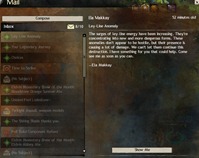 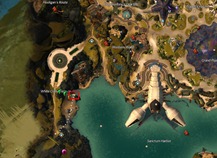 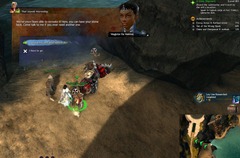 You can buy more Ley-Infused Lodestone from her in exchange for Pile of Putrid Essence, Corrupted Lodestone, Crystal Lodestone, Destroyer Lodestone, and Mordrem Lodestone at a 1:1 ratio.

After the timer, a big Legendary Ley-Line Anomaly will spawn in one of the three maps indicated by your Ley-Infused Lodestone. It will star running with a breakbar. Until you break that breakbar, it is invulnerable and will not stop. 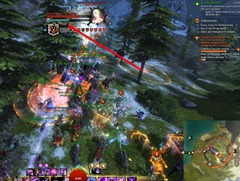 Coalescences will spawn elsewhere in the map along the path that the Ley-Line Anomaly will run. They appear as crossed swords on the map and must be killed before the Legendary Ley-Line Anomaly reaches it if you want that achievement. 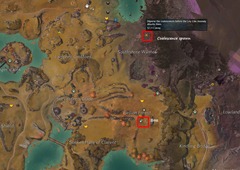 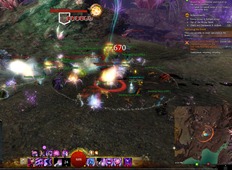 Once you break that breakbar, it will stop and anomaly fragments will spawn around it. Stop them from reaching and powering up the legendary anomaly by killing them. You have a minute of this and then the Anomaly becomes vulnerable, allowing you to damage 25% of his HP before the Anomaly becomes invulnerable again and start running. Repeat this 4 times to kill it. 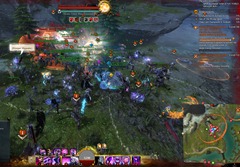 This event rewards 1 Mystic Coins and some other loots (rare, junk that sells for 50s) once per day, so it is worth doing them daily if you need the Mystic Coins. 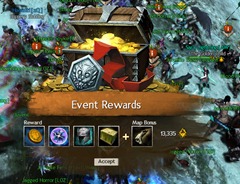 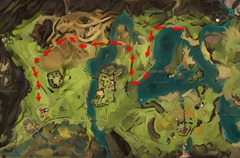 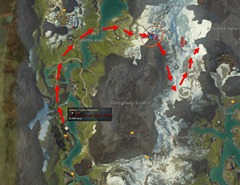 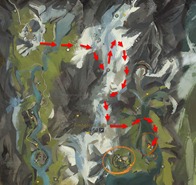 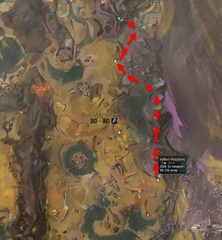 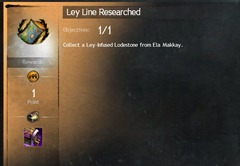 Granted automatically when you do the Ley-Line Anomaly event.

Basically don’t let the Ley-Line Anomaly absorb any of the coalescences when you have broken its breakbar. The coalescence spawn elsewhere in the map and you just need a group that find them and kill them before the Legendary Anomaly reaches it to get the achievement. They appear as crossed swords icon on the map. 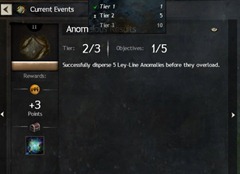 Anomalies of the World – 5 AP, 3 Teleport to Friend 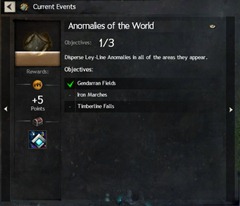 Do the anomaly event in all 3 zones.

They have added 6 new achievements for some old events at Blazeridge Steppes and new events in Mount Maelstrom and Snowden Drifts. You cannot advance on achievements for both Consortium and Priority at the same time if they are at the same location since you now get a buff declaring which supporter you are. 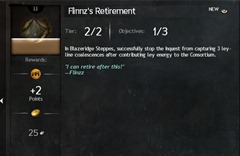 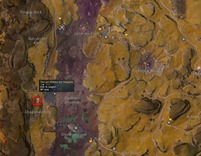 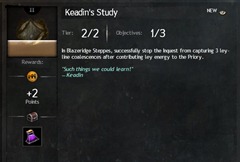 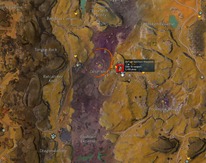 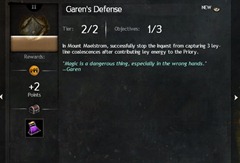 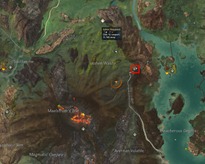 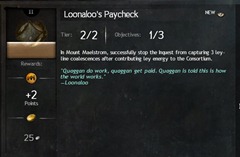 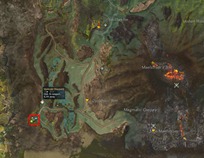 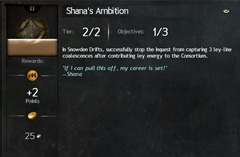 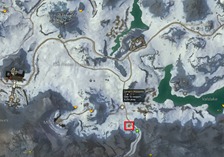 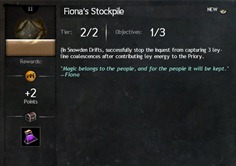 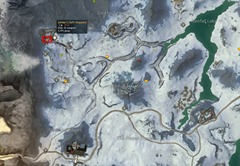 we get one ley line lodestone for free so do we need to buy more of them
?

Is there even any point to buying more than 1? (For example, is it like the Bandit Marks of Death where you need to have one in your inventory in order to be eligible for the rewards?)

The event spawns the Anomaly- but it also spawns three sub-events that the anomaly walks to. These are marked on the map with crossed swords for the enemies, and 6 coalescences spawn at each. These are what you kill before he arrives there to get the 25 point achievement.

The path you showed on Timberline Falls is not the same one mine followed, so there are probably multiple paths.

where does appear in gendarran files? anyone knows?

There are also two “new” old achievements for the escorts in Snowden Drifts!

Dulfy has a squad up right now in LFG, so there are definitely Snowden ones.

The scaling makes some of these achievements pretty hard.

It also has been having an effect on how much credit players are getting. No one on the maps I have been on have ever got gold, despite having been there for the entire thing.

So the leyline stones are purely for mapping purposes nothing more?

They just tell you the location of the next big event. (which of three zones it will be in)

The iron marches one can also go the opposite direction. It started in the north point and headed south this last time

When will the event finish?

Hey how does one start with the previous events? Just gotten back into Gw2 and did not get any mail. THanks

You need to kill dragon minions (of any dragon, so risen, branded, destroyers, icebrood) to get an unidentified lodestone. Bring that to Ela Makkay and you can get started.

Check out these posts from bottom to top: http://dulfy.net/category/gw2/pre-lw3-events/ I’m not sure all of them are still live.

For anyone interested, this seems to be the schedule for BST (UTC +1):

For the New Achievements for Old Events if folk would understand get ONE leyline for achieve and then concentrate on Inquest and the rest is easy peasy…. Why folk are not getting this is beyond me. I figured it out early on…

Because they are trying to get the older achievements as well?

Has anyone been able to do the Kaedin achievement?
I just keep getting idiots who don’t focus on the golems or pick up the energy if it’s too close to the Inquest!

The location the NPCs (both Consortium and Priory) goes to is random each time. The location closest to the Priory camp in Blazeridge is the most difficult one for both factions because the Inquest collector is quite close, meaning there’s not as much time for people to kill the golems before they get back to their camp. It’s easier at the other 2 locations. (The one to the NW is the easiest, with long running distances.)

I have 2 out of 3 of Kaedin’s. Just remind players at the arrival to the location to only get 1 crystal and then focus on the golems 🙂

Out of the 3 runs I did with her since the update, we failed once, and I think it has been the closest location. (Though another time we succeeded on the same location, so keep trying.)

IMO, you need to rush ley crystals until the anomoly is right next to the good side, then kill golems. Don’t solely focus killing golems, othewrise the ley crystals keep spawning near them making your job needlessly difficult.

So delivering crystals is what makes the anomaly get pulled closer to the collection point?

Did this yesterday, delivered crystals until the anomaly was standing at the collection point, and only then went off to kill golems, and the runs became quite easy 😀

I also noticed in general that the dynamic scaling actually makes it way easier to do this event with fewer people. At least most of my failed runs were with a lot of folks, and most of the “massacring golems on their spawn point” runs were with just a few people.

Did a Timberline run today, and the path we took was this:

(again missed the beginning because it was neither on the expected starting places :D)

Timberline Falls ley line event seems really glitchy. Both times I’ve run it, the boss kept teleporting ahead a “kilometer”, it’s really annoying. The other 2 locations I tried didn’t have this issue.

It’s intended. If you haven’t noticed, from time to time, while he runs, he drops a few aoe’s on the ground. Among those AOE’s there’s one that makes u jump to the boss. The whole “teleport a km” is intended considering they added those things.

Ah so that’s what those are 😀 I only tried it once, but that leap was terrifying 😀 I thought I would die from the fall damage.

But for some reason the anomaly doesn’t jump so far ahead for the other maps, a lot less frustrating even with just running.

I think they made this to get around potential terrain spots bugging the NPC while running. Some maps have lower chances because they are flatter. Timberline falls is filled with rivers, small hills..climbs…pits and so on.

This way they turned a potential bug into something they consider fun. If you have wings they work while in air.

Dulfy, do you know if these current events achievements are going to disappear with s3 starting?

Anyone know what story i need complete for start this one? because i think i have dona all….

Just saw this anomaly thing in gendarran field. I am really amazed to see an NPC as interactive as this. After fighting for a while it started running across the map. Coolest boss ever.

Update this old as world guide for god sake…