GW2 Out of the Shadows Achievements Guide

A guide to all the achievements in Out of the Shadows Living World Season 3 Episode.

You only need to complete 18 of the 19 listed achievement to get this Out of the Shadows Mastery achievement, which will reward you with 10 AP and a Bloodstone Crown box where you can get an exotic helm for a weight class of your choosing (you unlock the skin for other weights as well). Since I was having trouble with the Reversal of Fortune achievement, I was able to skip it and still complete the Mastery.

Most of the story instance achievements are pretty straight forward. I will mention the non-straightforward ones below.

You will need to do the beginning part of this instance twice to get all the achievements. Luckily it is very quick since the puzzle is at the very start.

Don’t solve the puzzle and defeat the sentry golem that spawns instead.

What you need to avoid are those large ground AoEs indicated by orange circles. In most cases, you do have time to run/dodge out in time but beware of mobs that can stun you at an inopportune times and cause you to fail the achievement. 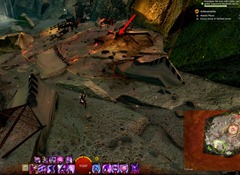 This instance is worth mentioning because it has two hidden achievements that do not count towards the meta/mastery achievement but give you 3 AP for those that like to do it.

Bloodstone Magic, Not Even Once – 2 AP

This hidden achievement is earned during the Justicar Adrienne fight. At 75%, 50% and 25%, she will become immune and start spinning in a circle around the bloodstone shard in the middle. You need to attack that bloodstone shard to gain the Counter Magic button in your hotbar and click it to activate a red beam between you and the shard. Then you need to run to the back of Adrienne so that the red beam pass through her shield and breaks her immunity. For this achievement, you need to break her shield before she completes a full circle of spinning around. Pretty easy achievement once you know what to do. 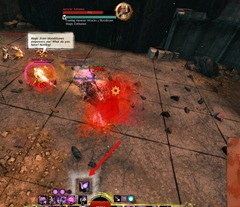 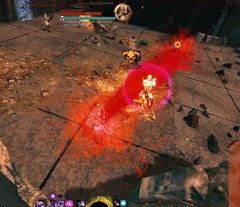 In the final fight with the Jade Construct, the Knights standing on top of the stadium will from time to time do a cheering animation. If this happens, kill them immediately with your ranged weapon for this hidden achievement. The achievement will pop up as soon as you kill the correct Knight so just prolong the fight and don’t bother killing the Jade Construct at all.

There are two Mastery Insights and a Dive Master achievement in this zone. You definitely need Updraft Usage and Bouncing Mushroom Mushroom but having Lean Gliding and Advanced Gliding will make things much easier as well.

There is no water at the bottom, you are aiming for a mesmer portal.

Ghost event chain occur on the left side of the map in Haunted Canyons. They occur at start of the night (check the HoT map timer, when the Verdant Brink night time events occur, that is when the ghost events occur).

The first event in the chain is an event to kill a bunch of spirits in the Canyon. After completing this event, you will get the events for the Lost Souls achievement. 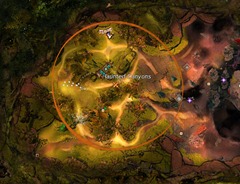 You will need to kill Savant Ehrin, Nyle the Compassionate, Ritualist Josa and Thief Lloyd. They spawn in sequence after the event to kill the spirits in Haunted Canyons. When one is killed the next one spawn. They all spawn in the Haunted Canyon area. 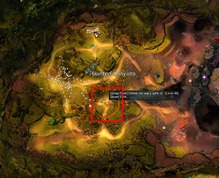 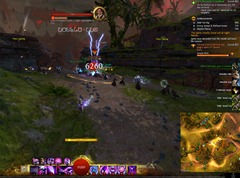 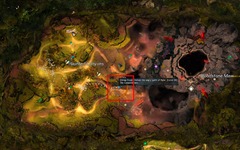 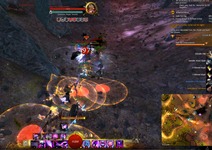 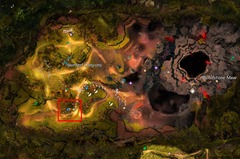 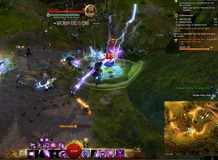 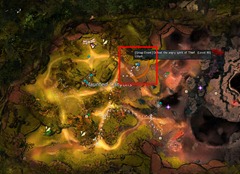 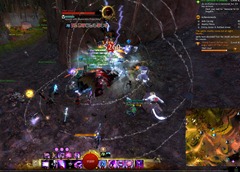 Alari’s event spawn once the Lost Souls event are done. This is a very short escort event and Alari runs fairly fast so it will be over in mere minutes. Once the escort finishes and you get the event reward pop up, type /yes in chat while Alari is talking and you will get the achievement.

White Mantle can be found all over the map but the main event involving the Ghostly Justiciar occurs above Zealot’s Overlook Waypoint in the Colosseum of the Faithful which you can reach using updrafts near the waypoint.

Kill 200 White Mantles in Bloodstone Fen, can be done anywhere really. You might get most of it done when you do the story instance achievements.

Kill the Ghostly Justiciar that spawns once you do the preevent to clean up the spirits around the Colosseum of the Faithful.It is unknown if the pre-event have a fixed spawn timer but seems to occur fairly often (about twice an hour).

Jade Construct and Unbound Guardian events occur on the east side of the map, inside that giant hole in the ground and proceed all the way to the cave inside. It does not appear to have a fixed timer either but seems to occur at least once per hour.

From Ground Zero waypoint, you can glide down to the various platforms with Bloodstone Stalagmites. The Jade Construct event will occur at the highest platform first and your goal is to kill the construct before it consume the bloodstone. If this event is successful, it will occur again on a lower platform, and repeat itself 5 times.

For this achievement you will need to kill 10 Jade Constructs. While the A Shadow’s Deeds and Confessor’s Stronghold story instances do have a construct inside them, it can be tedious to repeat them. Instead, you should do the Jade Construct event chain as a successful chain can have 6 Jade Constructs to kill.

This Unbound Guardian, which is basically a clone of the Vale Guardian with very similar abilities, only spawn at end of the cave if all the Jade Construct events succeeds. The main difference compared to Vale Guardian is that it won’t have any split phases and anyone standing inside the green circle can use the Counter Magic skill to gain 200% more damage for a few seconds. 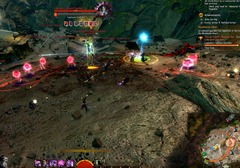 This is a series of 4 achievements that rewards a bunch of AP and a Dragonite Ore and Bloodstone Dust consumer item. Consult the guide here for all the details.

An achievement named perhaps after Magic the Gathering cards? Anyways for this achievement you just need to consume 10 floating unbound magic in the air under 60 seconds. Not a very difficult task and there is a pretty good spot from the Airship waypoint to do this. You will need to have completed Reaper of Magic story instance to be eligible to interact with the Unbound Magic. 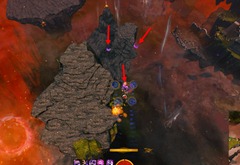 This is a hidden achievement with a funny name. To get this achievement, you must first purchase Rider the Ley Line ability from the Unbound Magic exchange vendor at the Airship for 1000 Unbound Magic and 500 Bloodstone Dust. This will give you a #5 skill when you glide. Now, when you use a Ley Line, use this skill at the same time for a hilarious effect and 1 AP.