The following crafting costumes have been added: 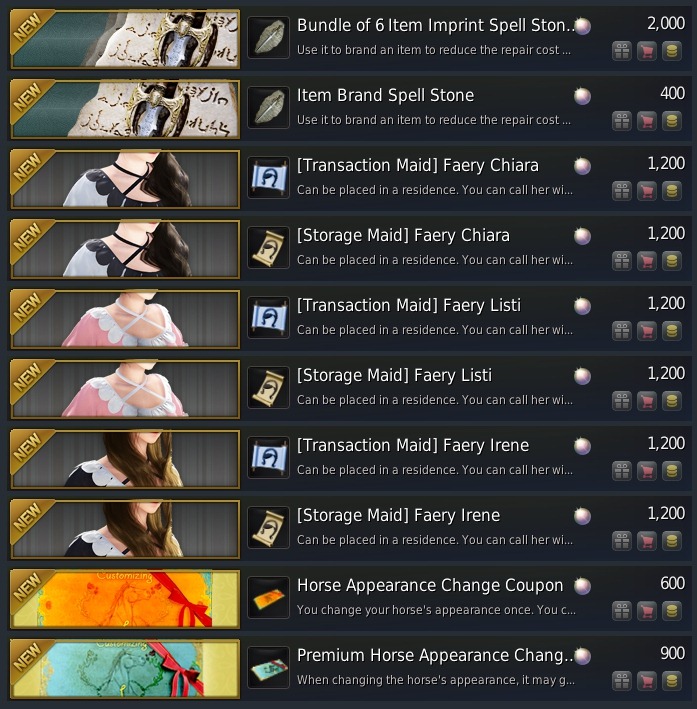 Detail setting for view distance of NPC’s has been added