Revelation Online reputation general guide covering the basics of the reputation system and the cosmetics it offers.[toc]

Revelation Online has a very extensive reputation system that will take players many months to master. In exchange, you will receive some unique cosmetics and crafting materials not available anywhere else. Some of the best crafting recipes in the game also require Obsidian reputation rank in specific reputations, which can take months to acquire for diligent players.

To access the Reputation system, simply press C and click the fourth tab. It will list all the reputation groups in the game, your reputation with them, and how much honor you have with them. Since there are numerous reputation groups, they are divided into sections based on their location. Currently, there are 21 reputation groups to gain reputations with but generally you only need to focus on 14. Reputation is character based much like everything else in Revelation Online. One character’s progress will not have effect on another. 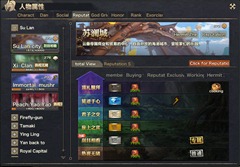 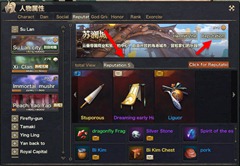 There are 5 reputation ranks: Silver –> Gold –> Platinum –> Diamond –> Obsidian. The amount of points to reach the next rank differ between the reputation groups but follow these two paths generally. Silver rank can be reached in a few days, gold maybe a week or two. Diamond and Obsidian will require many months (Obsidian can take 4-5 months to obtain).

There are a couple of ways you can earn reputation. Some are repeatable, some only repeatable daily/weekly, while others are a one time deal. Some of the repeatable reputation tasks are tracked on a interface you can access by clicking on this button next to any of the reputation groups. You gain double reputation/honor every day for the first couple of repeatable tasks you do and you can keep track of this double bonus up top on the interface.

These quests are a one time deal. You need to unlock them by doing the main story. Some reputation quests chains require you to complete a previous chain. These chains are marked with blue icons on the map and you will need to enable a specific map filter to see them. These quests only reward you with reputation.

You can collect heritage of the various reputation groups by talking to specific NPCs and objects marked with specific icons. There is a whole interface keeping track of these heritage objects you have discovered and those still left to be uncovered. Interacting with these NPCs/objects will unlock a small cutscene and reward you with a substantial amount of reputation/honor. It is recommended you do this for all reputations that have it as it can reward you with a significant amount of reputation and honor. This is also a one time thing.

There are objects marked on the map you can sit on once a week for reputation. All you need to do is interact with them and wait while the bar fills up to full. You gain reputation at each division on the activity bar and you will get a mail at the end with more reputation/honor. 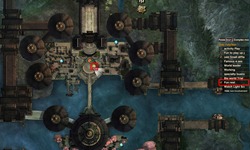 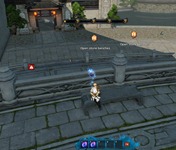 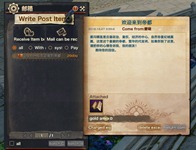 Dungeons rewards reputation towards specific groups on boss kills. You will also get a random reputation tribute item at the end of dungeon reward screen (discussed below).

Most reputation groups have a chain of daily quests that you can do once per day for reputation/honor. These quests are marked with a green icon on the map with a gold icon above the NPCs. 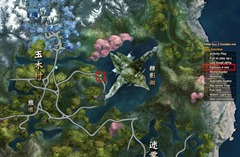 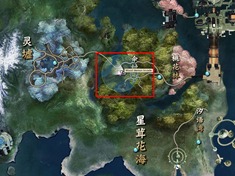 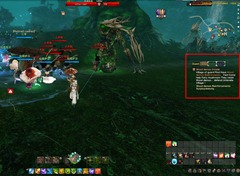 Find the location for these area tasks by using the repeatable reputation interface and clicking on the area tasks.

Job Boards have repeatable tasks you can repeat multiple times day for reputation, honor and labor points. These jobs have a time limit and you must complete them before a certain ingame time. Ingame day/night cycle lasts for 2 hrs of RL time. Daytime starts and ends at xx:05 to xx:55 of one hour while the nighttime begins at the same time on the other hour. Day/night jobs must be completed before xx:55 of the hour or it fails.

Most job boards only open during the daytime ingame but some boards open during the night time as well. Some job boards are also closed during noon period, which is from xx:25 to xx:35 of the day hour and require jobs to be completed before then. All job boards are marked on your repeatable reputation interface but you can also spot them on the map. 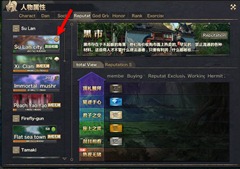 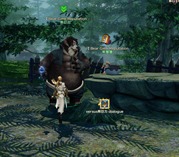 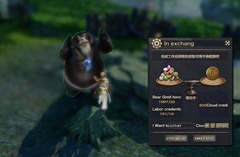 You can earn reputation tributes for random reputation groups at end of the dungeon on the reward menu. If you are below silver rank, you can just consume these reputation items directly from your inventory. However, if you are silver rank or above, you can sell them to a Tribute NPC for more reputation. Tribute NPCs are found in Su Lan and Jin City. 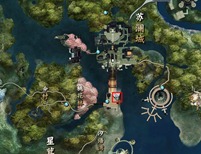 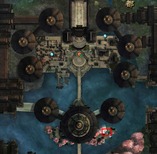 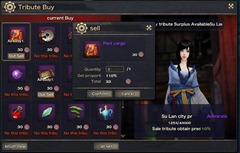 Some of the cosmetics here are purchased directly from the Reputation vendor while others are given for free upon reaching a certain reputation rank. 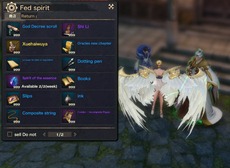 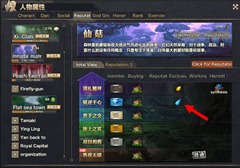 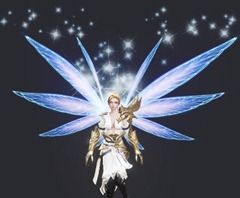 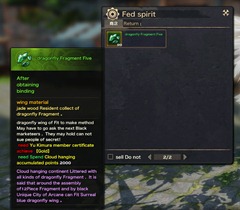 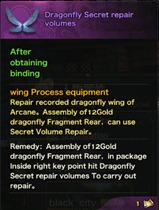 All these waist items require Gold reputation rank and 7888 honor.

This waist fan from Nine Tail reputation has an expand function. 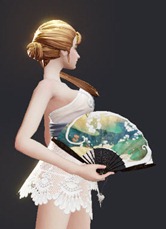 All these waist items require Platinum reputation rank and 9888 honor. 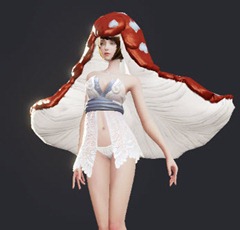 These items are reputation rewards for reaching Diamond rank.

The Stuporous back item from Su Lan can be expanded 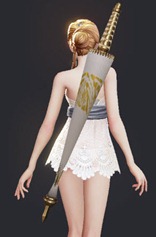 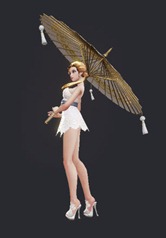 Due to the length of the reputation guides for each reputation group, these will be divided into separate guides to be released at a later time. They will cover all the one time quests, heritage, dailies, and best jobs from the job boards.

Special thanks to Pincushion, LargeFarva, Cheap Uncle Seph, and Adaptive of Epiphany Guild for their assistance in making this guide.

If you are looking to purchase Revelation Online founder packs for access to the beta, you can purchase them here and help support the site~ The first closed beta runs from Nov 3 to Nov 17. 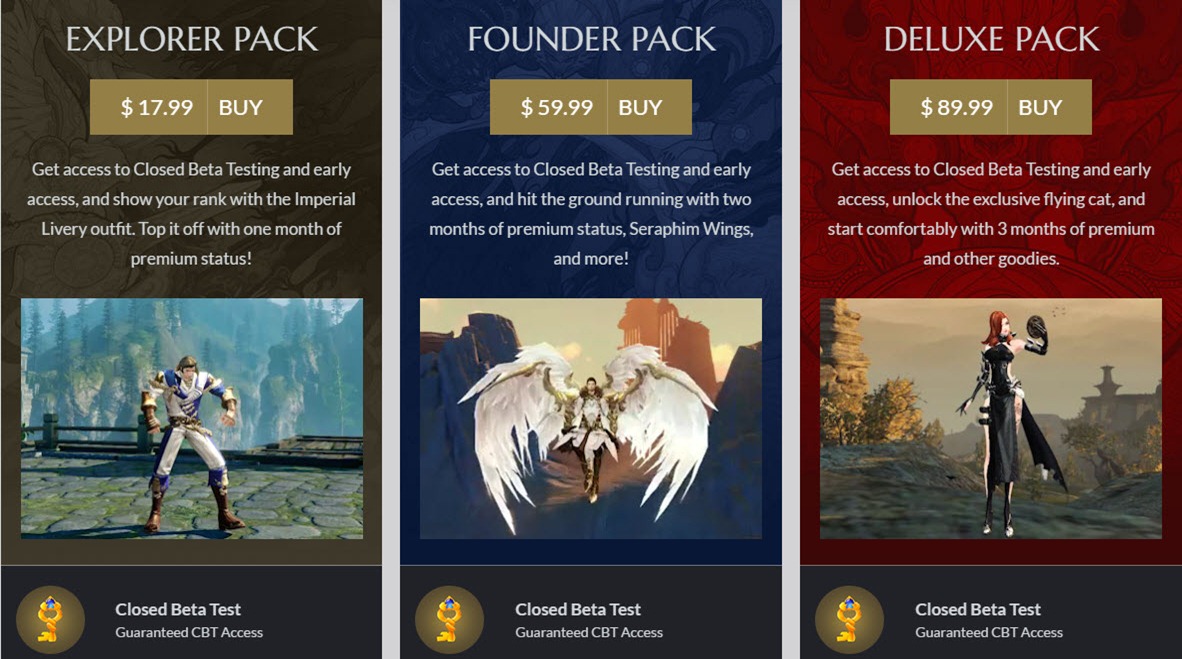 If that’s the case, I’m really thrilled, always loved those 😛

These theoretical info will make a lot more sense when the NA/EU version starts and when I will FINALLY be able to start playing :). Can’t wait for the CBT. And thanks Dulfy for providing these guides.

hi Dulfy. Just wanna ask about your opinion. Do you think Revelation Online will become the next big MMO (like WoW, GW2 and FFXIV) ?

Hard to say, it has alot of features and it is very developed. The business model could be its downfall depending on how P2W it is.

Thanks for your reply Dulfy. guess I will try this game as long as it hasn’t become P2W.

I play it, i find it a bit dull with all those limitations but my guild and I abandoned archeage and moved there. Till star citizen or huge triple a mmo comes.

Job Board is only open once a day. Only last about an hour and 55 mins. So unless your waiting right at the board when the two jobs pop, you are not gonna get many done. Which makes the factions that only have the job board as a way to increase standing ultimately undo-able.