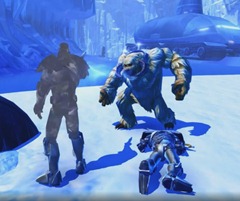 I have one question left, what will happen to the Crystal of Nightmare Fury? Specifically what crafting materials are we going to need? The sooner you can get us the answer, the more time we have to prepare in farming materials. You promised to get me the answer to that but I (and most other nightmare guilds) are still waiting on that.

The crafting of the Crystal of Nightmare Fury is unchanged! You can get the Tier 1 Exotic material from the Jawa Scrap Vendors.
Also, to answer a question from the stream. Alliance Supply Crates will still come from Heroic Missions as they do now.