A guide to the new Galactic Command System introduced in Patch 5.0. Work in progress, added locations of DvL World Bosses.

Galactic Command is a new unified system introduced in Patch 5.0 that completely replaces all previous gearing and endgame rewards system. Instead of getting gear drops from doing operations and flashpoints, you will now gain equipment exclusively from the new Galactic Command system via RNG loot crates.

Galactic Command system is character specific and not legacy wide.It is only available to subscribers and only unlocks at Level 70. It has 300 Galactic Command Levels and they are divided into 3 tiers. Higher tiers give you better equipment with tier 3 giving you the best drops.

Here are the amount of Command XP (CXP) required to reach each Command Level. You will see the biggest CXP difference between ranks in Tier 1. In Tier 2 and Tier 3 the increases are fairly small (10 CXP). In total it will take 1.23 mil CXP to reach Rank 300.

Once you are at Rank 300, the grind is not over. You will continue to get RNG loot crates everytime you earn 4990 CXP, you just won’t increase in rank beyond 300.

The New Galactic Command Interface can be found by pressing Ctrl + G. This is your gateway to all the endgame activities and you can also see your Command Ranks here. For group activities such as Uprising, Operations, and Flashpoints, you will be placed automatically into a group queue when you click on them. 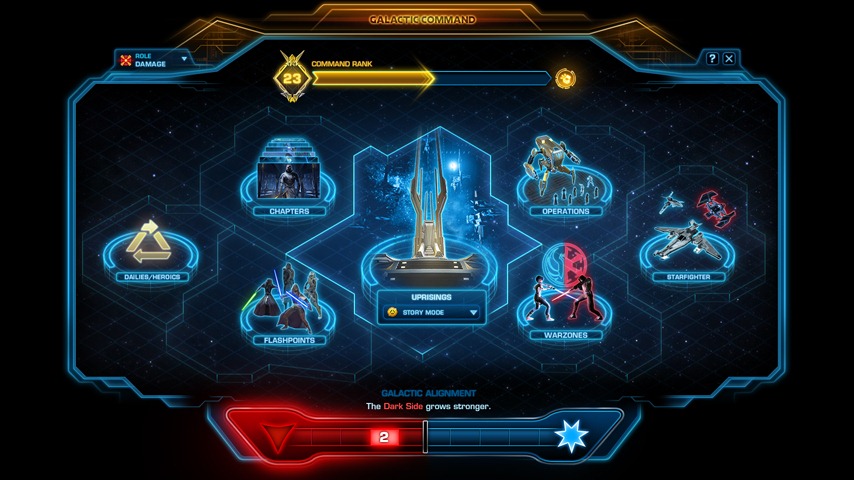 You get Command XP from pretty much all game activities except for killing regular monsters. You get more CXP for doing things at higher difficulties. There is a highlighted activity each day where you can earn large amount of bonus CXP for doing that particular activity (i.e. operations, warzones, flashpoints, uprising, or story chapters)

Weekly Cap (info taken from this thread by Theho)

The amount of CXP you get depends on the medals you earn. The max cap for medals is 8 for warzones, ranked arenas and galactic starfighter. The CXP below assume you have max medals.

The CXP packs you seen below listed for flashpoints,uprisings and operations seems to drop off bosses (might be last boss for flashpoints and uprisings).

Currently it is suspected that the different CXP packs drop from different difficulty modes. 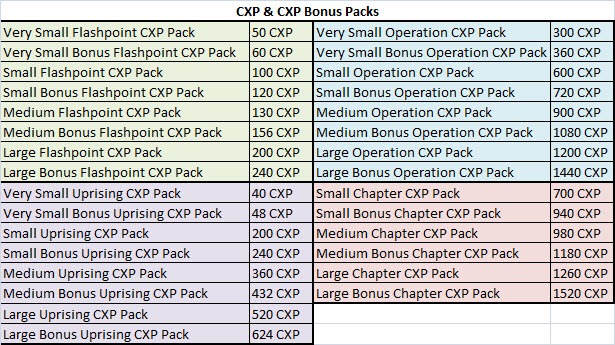 You earn Command Crates every time you rank up a Command Rank. These are RNG loot crates containing various items, one of which is potentially a gear upgrade for you. 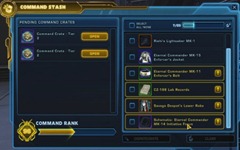 Any unwanted items can be disintegrated to earn Command XP and thus helping you getting to the next Command Rank faster.

Since Command Ranks are divided into tiers, the gear rating of the items you get will depend on the Command Tier. The tier 236/242 you see are the new gold legendary tier that is a very rare drop off the Command Crates.

Dark vs Light is now a server wide system that compliments the Galactic Command System. This is independent of your character’s Dark or Light alignment as you will be asked to pick a side when you login and you can switch it around after. The key benefit to this system is a special cosmetic vendor where you can purchase items for Dark or Light side tokens.

The interface to change Light or Dark allegiance is via this button here. It is a bit hidden behind the other interface in the bottom right corner of your screen so you may need to move it out.

Upon doing so, all actions, including killing elite enemies, completing Missions, and making story choices will contribute to the ongoing dark vs. light side war on each server .It is basically a measure of population and activity on either side.

During the victory state, players on the winning alignment will get the following benefits

During the victory state, players on the losing alignment will get the following benefits

DvL vendors can be found in the Supplies section of the Fleet. One for the dark vendor and one for the light vendor. 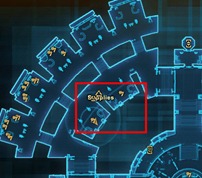 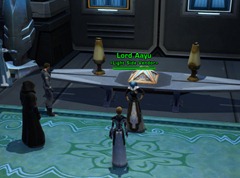 These bosses only spawn in the Victory state of either Dark or Light side. They are 10 bosses for light side and 10 bosses for dark side but they are red and attackable for anyone regardless of their alignment. These are world bosses designed for 8-16 players or more. You only get loot for 16 players. If you have more than 16 players, it is random who will get loot.

They spawn in the following locations:Tattooine, Alderaan, Hoth, Dromund Kaas/Coruscant. Each planet has 8-10 possible spawn locations. Even if you do find a boss and engage it, do not wipe as the boss will despawn if you wipe.

If you know a location of a world boss that is not on the list, please post in the comments section so we can get them added to the list. 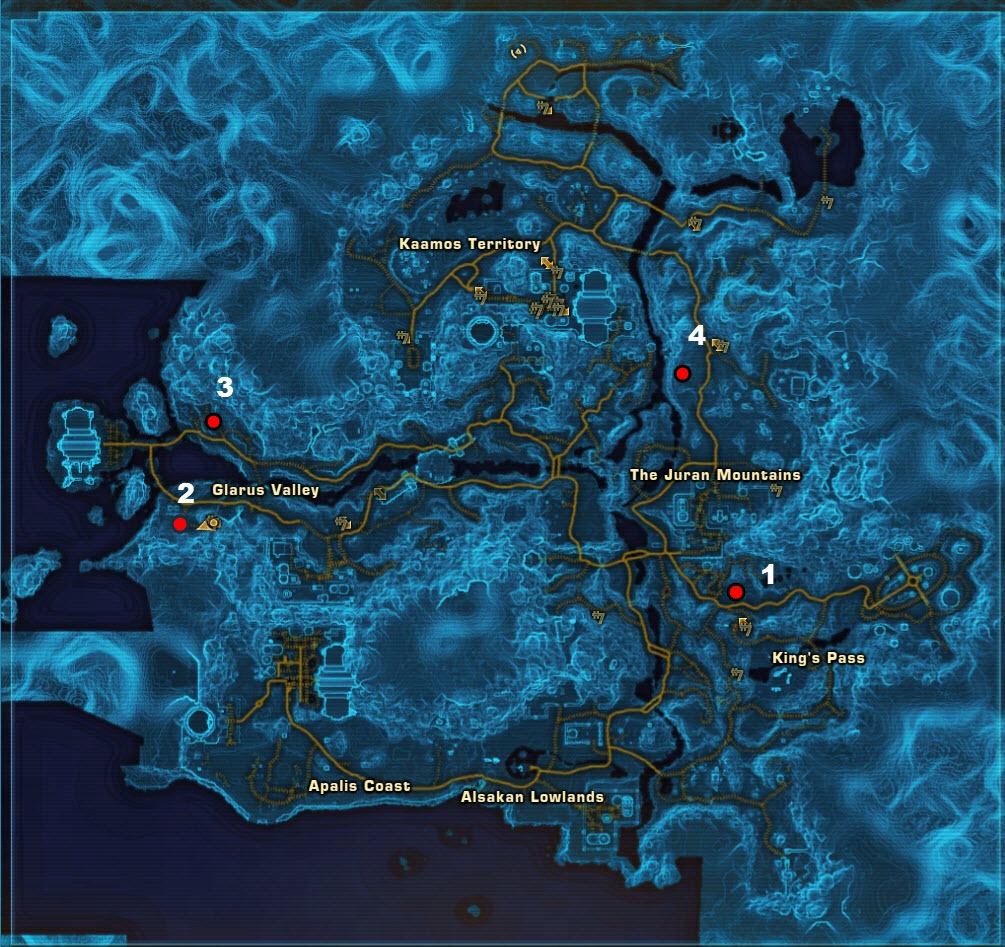 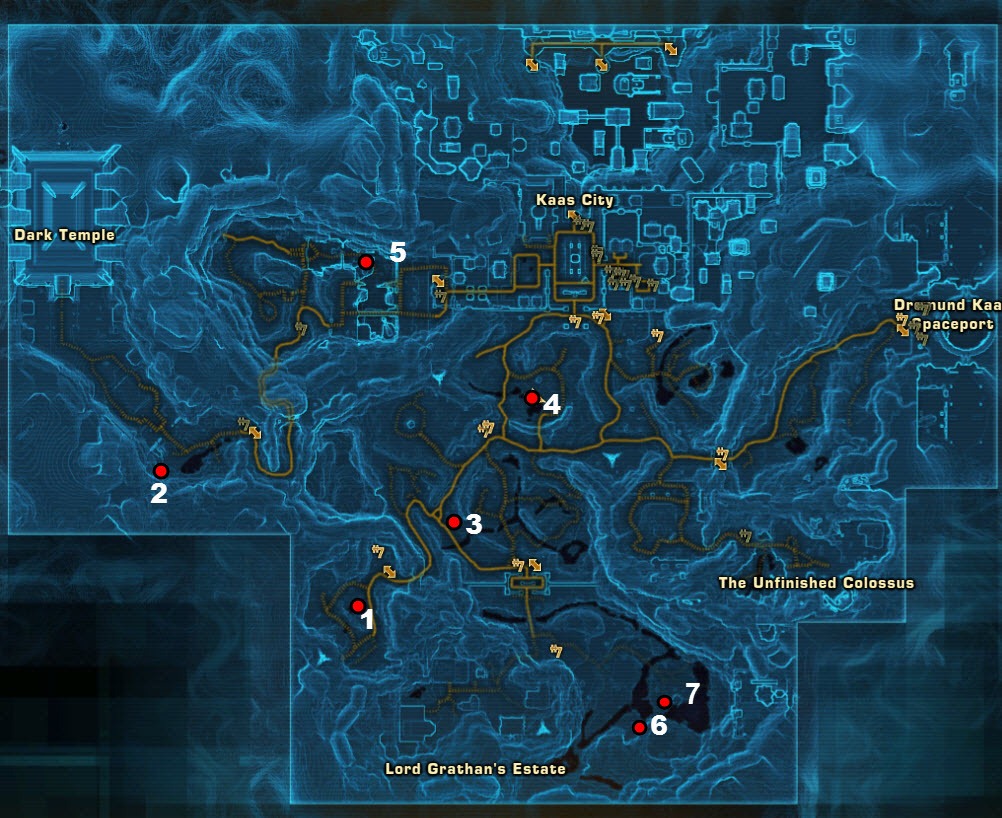 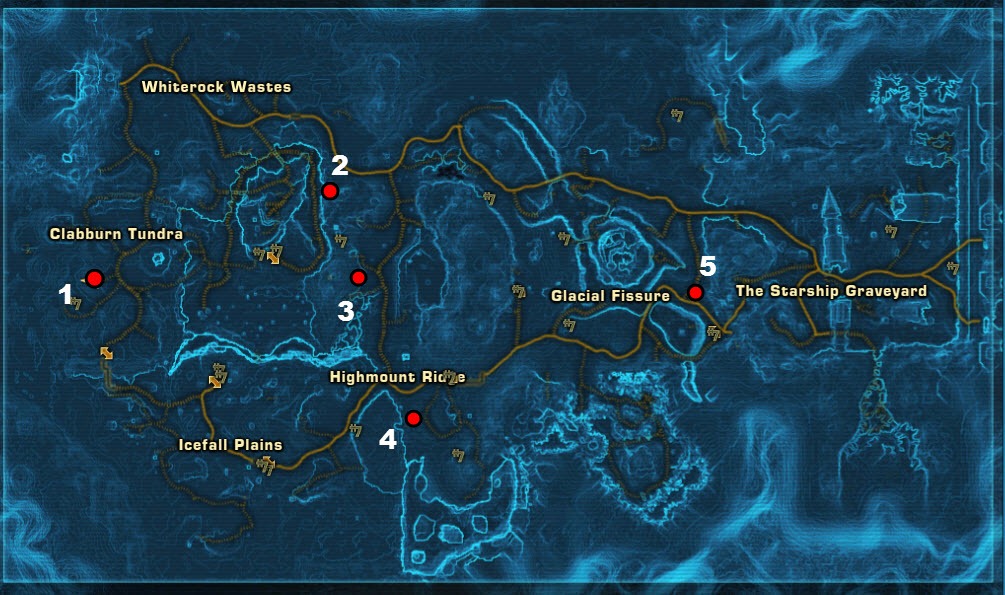 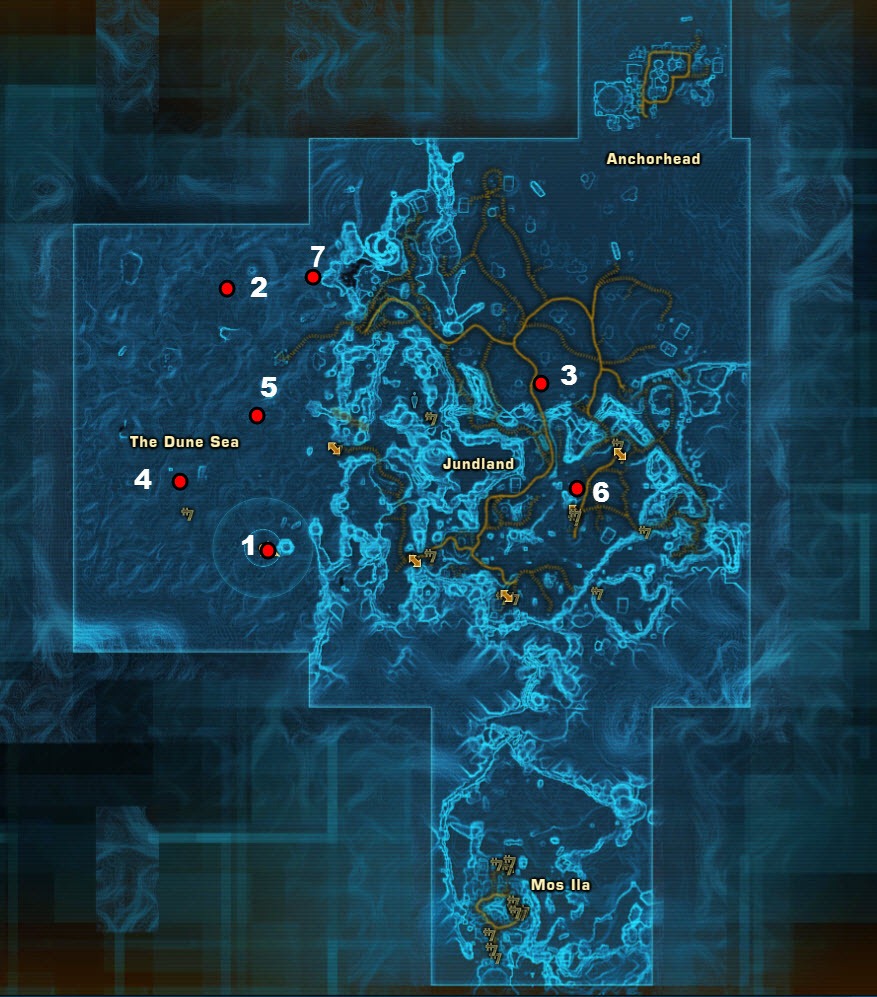 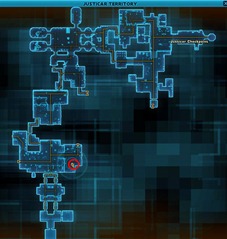 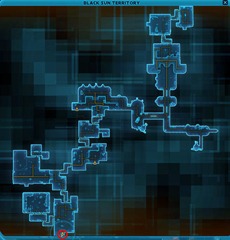 CXP info for the quests came from the Jedipedia database. See their post here