Running from Dec 13 to Jan 17, 2017. The vendor for this can be found on the Strongholds & Crew Skills section of the fleet. 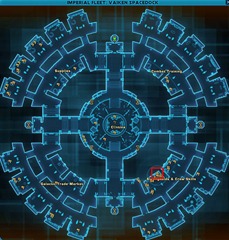 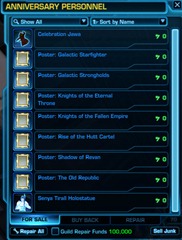 You get a Senya Holostatue, Celebration Jawa and a bunch of Poster Decorations. 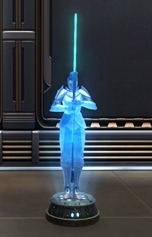 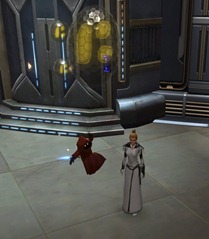 For subscribers who have kept their subscriptions continuously for five years, there is a special decoration that can be received in the mail. 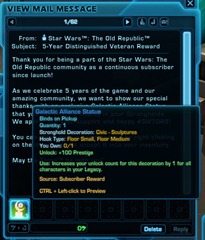 Head to Galactic Trade Market Section of the fleet and look for a Master of Ceremonies NPC near the GTN. The vendor has been updated this year to include all the cartel market lifeday items from before 2015  in exchange for parcels. 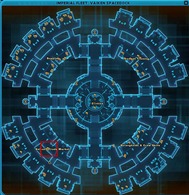 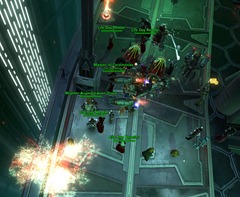 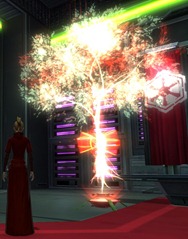 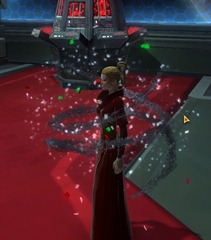 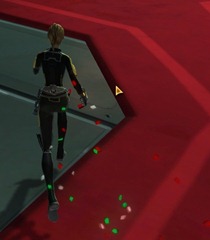 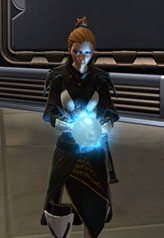 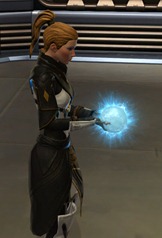 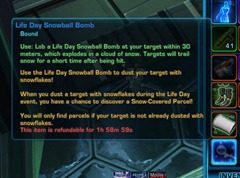 Snow-Covered Parcels are the main currency used in this event. You get them randomly by throwing the Life Day Snowball Bomb at other players/NPC/companions with a 15% chance to receive parcels. Despite what the description for the snowball bomb says, you can get parcels from other players/companions/npcs even if they have the debuff from getting hit by a snowball (you can also click off the debuff manually). However, if this debuff was applied by you then you won’t get any parcels out of it.

The first time you get a snow-covered parcel you will get a popup window and an achievement. From here on you will see a yellow text on your screen everytime you recover a parcel.You get 20 CXP for every successful snowball throw so this can be a good way to farm CXP. 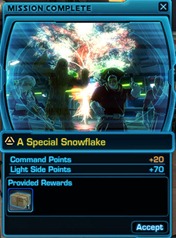 Around Coruscant Senate, Dromund Kaas City Memorial place, and Nar Shaddaa promenade (both upper and lower) you will find Life Day Droids that you can throw your snowball bombs. They will give you the parcel and disappear after a while. They have a chance to respawn as a rarer version called Overheated Life Day Droid. This guy has the chance to drop decorations and you can pick 1 out of 4 colored Life Day Holo Trees. 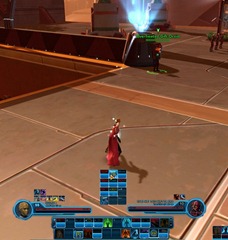 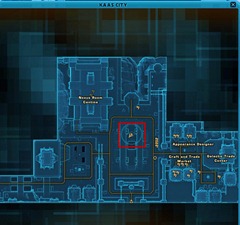 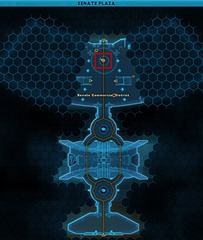 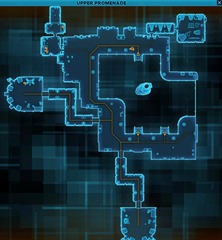 This same droid is also responsible for the Holiday Hero achievement below. However the achievement is buggy and you may need to get several decorations from the droid for it to trigger.

These are only available as part of the Life Day 2016 Bundle (5400) which contains the decorations and all the items below. 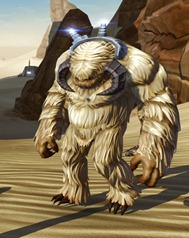 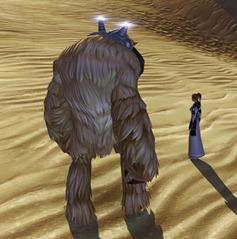 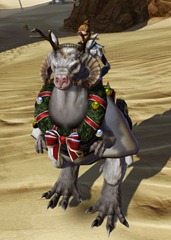 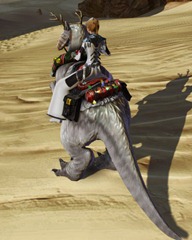 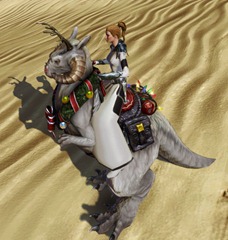 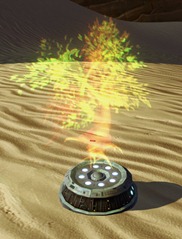