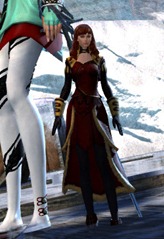 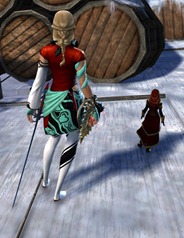 Nothing gets you a mini in the gemstore faster than getting killed off in the LW story.

thanks for the spoiler you i***t

You can’t blame anyone else for that.

Yeah, because a post about a gemstore update is obviously going to have spoilers about the latest LW in it, it’s just common sense really…

He wasn’t reading about the achievements or what not, he probably wondered what people thought of the mini and other gemstore items.

Usually when the gemstore updates right after a LW update it’s most likely related to that story.

she not dead yet! get her out of the cart!

Not your place to decide how much time players should be able to allocate to playing GW2 releases. If you want to arbitrarily ruin the story, wait until the following episode is released, then all old content is fair game.

Are you seriously making a case against spoiling stuff on a gaming forum a week after release? You must be one of those people that go on Youtube Game of Thrones videos and whine that people spoil last months episode, lmao.

Spoiling stuff in unrelated posts. Had this been under an article about the story or an article about the achievements it would have been expected. Flash bombing in a gem release article is uncalled for. Plus while I do believe 1-2 weeks is a decent amount of time to keep your trap shut, the spoil was posted in less then 7 days (think it was 3 or 4).

In regards to *Alot* The issue with your statement is I am not telling anyone how they should play the game they paid for. If they want to wait a year to run an episode that is on them but the reality is sites like Dulfy.net are literally full of spoilers. Unless said players have run every single piece of content in the game which safe bet few have done. How else can all these guides be made to show players what to do on things they have not done yet? They are in essence without exaggeration spoilers in them self and to come to a site like Dulfy.net and make a complaint about spoilers be it in Living story or other content As a relative example its like walking into on coming traffic outside a crosswalk while traffic has the light and should a car hit you somehow you complain about being hit It is truly self inflicted. If one should feel the need to complain about spoilers for the Living story for an episode that has been out over an week then I expect that same person to be complaining about Dulfy.net in general as the majority of its content is a spoiler one way or another PS I love this site keep up the good work dulfy!

Lots of words, overblown metaphors, pointless repetitive links and meaningless comparisons. Alas, little understanding as to the point actually being discussed.
First off don’t bother trying dragging Dulfy into your muck. Dulfy doesn’t post spoilers, she posts achievement guides and release summaries. Story recaps are not posted here and when episodes do come up, only the exact moments required to explain achievement requirements are mentioned. Further more, I seem to recall that most articles containing large spoilers contain warninig about the spoilers contained within.

Secondly, in responding to Alot, you seem to have failed to read any of the points Alot made. Spoilers are free game in forum sections where people expect them. Achievement guides and story articles are bound to have spoilers and the audience expects them when entering the discussion. Placing spoilers in unrelated posts like gem store updates, so soon after the release, is extremely poor etiquette. While all content is open for discussion eventually, waiting a few weeks to openly rant about key story points in unexpected discussion forums is just common decency.

The funny part is that James (who posted the fairly accurate, spoiler laden comment) probably made the slip with his comment by accident and is unlikely to do it again – while you running around preaching how this sort of flash spoil post is fine despite not having done it. As your name seems to entail, a definite attempt at playing the devil’s advocate – though with a more inferior basis then one would usually expect.

In regards to *Alot* respectfully your personal bias against my name or how I choose to identify my self via my choices in life only reveal you to be closed minded but its nothing that’s going to keep me awake at night. The reality is and has always been dulfy.net is full of spoilers whether its in the comments section the gemstore release category or content guides I accept that when I come here Iv never run raids but I’m not going to complain about the content guides that pertain to them because they contain info that may enlighten me about things I have no idea about in regards to raids. I will say though looking thru the comments in regards to people defending against spoilers you guys seem to have a self righteous entitlement theme going about all this anger regarding spoilers and people keeping their traps shut and common sense all the good stuff! To clarify common sense and entitlement are 2 different things and when it comes to spoilers its an entitlement to expect people not to reveal info regarding content that not everyone has run just because you may or may not be against spoilers doesn’t mean we have to keep our traps shut on the demand of some angry keyboard warriors who seem to have gotten lost on the way to the Gw2 forums. The end result here is pretty obvious Dulfy and only Dulfy alone has the authority to say what anyone can post in regards to spoilers on Dulfy.net Period If dulfy chooses to request that we don’t cough up spoilers on his/her site then I will gladly respect that request because I am utilizing his/her website.

3 things. The first being that if every comment you make is going to be in response to my comments, you can click on the word “reply” under my comment so that the discussion is contained to a single thread – instead of drowning out everyone else’s comments with continual posts.

Second, every comment about spoilers in this subthread has been about living world spoilers. No one has mentioned any other kind nor does anyone present care about any other kind. You free to expand on the definition of the potential field of spoilers, but it has nothing to do with what is being discussed here.

Lastly, if Dulfy has posted spoilers about the living world story in the past, please reference and link to them. I’d love to see what it is you actually talking about.

All of your posts were TL;DR sorry, but good god man you are seriously triggered. Lol. You literally wrote an essay to a guy who basically said “don’t spoil the story so soon”.

I got the glider, thank you Anet for easy gold farming festivals.