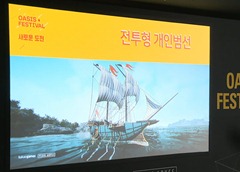 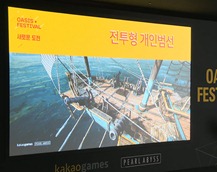 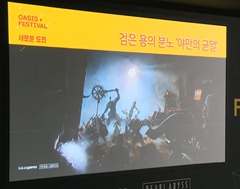 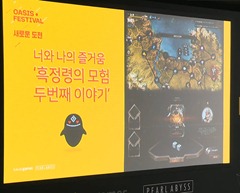 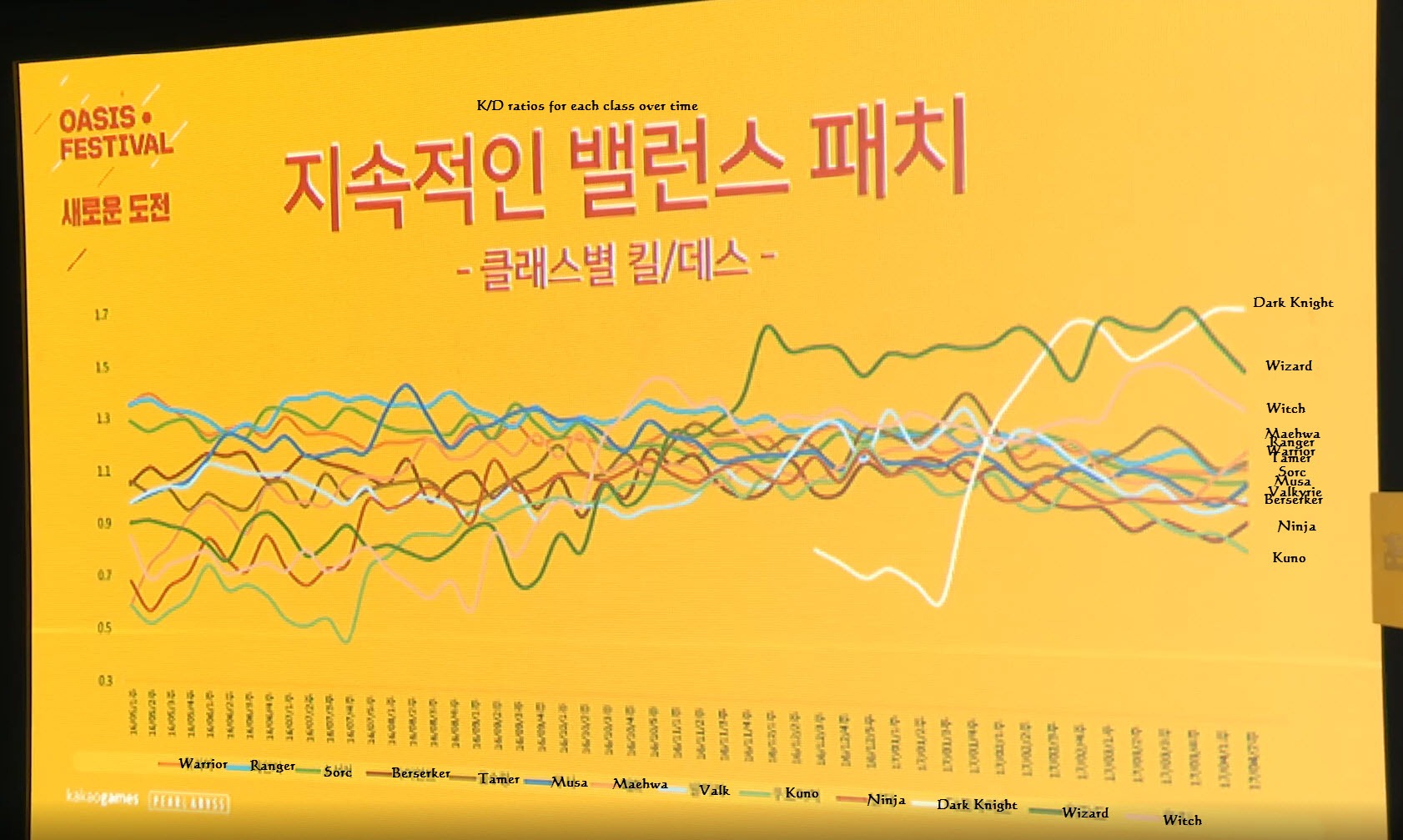 Striker will be released at the 20th in Korea, 13th will be the character creation.

I am excite! The elven capital city should be amazing!

Hmm… Is good… Super fun time for you me?

I picked this up last week for something new to try out. I am not disappointed in anything. Sure some stuff needs a tiny bit of reworking but of how they have a living, breathing world in this game it will have me busy for a hell of a long time, even when Dark & Light comes out 🙂

Thank you very much for the update list! I’m looking forward to the climbing skill, seems fun.

that unnamed class, is she holding a plastic chicken?

Yes, it is the chickenmancer class archetype.

@Dulfy
The release date for Striker in KR is wrong. April 13th is the character creation date. Go to the KR website and translate the text where it says 2017.04.13. Its talking about character name saving(create dictionary character), not the release of the class. Also, the number 20 was in the stream – which is the release date.

Simply going to KR’s website is enough to realize this. They have an event ending on the 20th, related to the Striker class. Kindly do more research, please.

Here, I’ll help you out since you need it. My source:
http://black.game.daum.net/black/event/striker/sitnrdiekxer.daum

eff off floyd. no one wants to see your contempt-as-fuck attitude here. If you want to point out a mistake, don’t be such a jackass about it.

Fuck you dude! If Dulfy is going to keep posting wrong information AND not correct it, why should I not chew them out for it? Dulfy is informing people of information, they have a following of people who don’t look into things themselves and use Dulfy’s website as an information bank. Meanwhile, they’re(Dulfy) giving those people the wrong information and people will take it as truth. Fuck that shit!

All Dulfy does anyways is copy and paste information other people post and the minute they have to actually think about something, they post the wrong info and forget about it? Fuck that dude! Not a single one of you posted anything else to point it out, and you all left it until I did. Not one. Any one of you could of stepped up and posted a nicer comment saying the proper dates right away, but you didn’t. You all left it for some asshole on the internet to say.

Dulfy could of looked into it themselves instead of wherever they got their information from. However, that’s not the way Dulfy works, so yeah, fuck that shit! I posted well after everyone else figured it out(April 12th, 4 days after the stream), plus the KR website themselves had the info on there AS THE STREAM WAS LIVE! It was clear as fucking day, but Dulfy – to this day – still has the wrong info on this page.

Get your facts straight, I don’t copy/paste info from others. I spent 3-4 hrs listening to the stream and transcribed everything that was there. So if you want to accuse me of copy/pasting, better get your story right.

Secondly, the release date wasn’t mentioned on the stream but just a series of numbers. I went on the KR site you linked on the date of the stream and saw a date there so I just used that. Which turned out to be the date of the character creation date. So I got a date wrong for the KR version, which I seriously doubt anyone cared. If they are playing the KR version they already know where to get their info.

Only one that seemed to care about the date is you and you are being super condescending about it.

FACT: You do copy & paste patch notes, among a lot of other stuff. I never said you copied and pasted the stream information: “All Dulfy does anyways is copy and paste information other people post..”, which is generalized assumption of 90% of your website. With possibly the exception of some of the links in the master post, most of the ‘content’ on here is copy/paste. You can argue it isn’t but most of whats on here was posted somewhere else first. I started following the site from GW2 stuff and beyond the small videos showing off new armor/weapon skins, the rest of the information was easily found on the forums.

That hasn’t changed much since I moved to BDO.

Now that I think of it, a good portion of the Black Desert Magoria Opening Event Guide is copy/pasted with no source to the event page on the forums. The image for the shipwreck locations hints was posted on the forums originally, and is copy and pasted. It’s kind of stretching it, but you technically didn’t source someone else’s work here.

Regardless of how much time you spent on prettying up the page, along with adding to the content that was copy/pasted; copy/paste is still copy/paste and should be sourced. The fact that there’s no source link to someone else’s information is questionable and makes me wonder how much more information isn’t sourced..

FACT: The release date TECHNICALLY was in the stream, being the 20th of April and them having the three numbers riddle shown(8,13, 20). It was also on the KR site, and had you bothered to translate the text you would of known that the 13th was the character creator event start period instead the release date. Furthermore, the entire CC event period had an end point of the 19th of April 24:00.

I’ll admit I’m probably being condescending, and I apologize. My original comment wasn’t meant to be as much of an asshole-ish comment as the rest of this is. The second one was kind of a low-blow jab, but the first one wasn’t intended that way. That said, it doesn’t change the fact that you’re still wrong. This page still has an error on it, regardless of the fact that the date has passed.

I copy/paste patch notes but that is about it. I don’t go on forums and copy guides. So don’t make up things that you don’t know. If you can link a guide I copy/pasted please do so.

@Floyd I have played many betas and have seen @Dulfy there. She is invited to betas and some games invite a few players like her to be on an advance server. The programmers, family and friends server that test all new things before released to the main servers. She actually plays the games and in many cases has already saved her videos from the test server then puts it on her site AFTER they say its ok to talk about it. She IS NOT a cut and paste gamer/ web designer.

Good to know. Any idea how long it takes usually to get to EU shores ?

Consider the Dark Knight’s KR release vs NA/EU’s release of the class.
Then consider how quickly we’re getting stuff from KR patches.

If we went by patches alone, we could expect the class to release in as close as a month to 2 or 3 weeks. It took the KR “buff” to PvP Defence to come to NA/EU roughly that long. However there’s a very good chance that won’t be the case.

The Dark Knight was released on KR December 15th/16th 2016, and then took until March 1st 2017 to be released on NA/EU. Almost 3 months time. Assuming PA/Kakao have been getting better at jamming NA/EU with partial new updates just coming to KR, and NA/EU being whiny lil’ bitches(I am including myself in this group) and wanting the new shinies as soon as fucking possible – regardless of if its ready or not, maybe 1.5 to 3 months is a better estimate.

I would not think it would take any longer than that though, and as a rule of thumb, one week prior to the release will be the character creator event.

I knew DK was going to come out March 1st, to celebrate the 1 year of NA/EU BDO – it was too perfect not to take advantage of that and shove DK into our versions. A similar event might be a good idea for them. Perhaps whenever they change over to the summer-time theme(as currently it is spring time in BDO).

At the very latest, we should get it by July, most likely before then.

Tonight is Striker Release on KR. So if you check the streams out tonight, you’ll probably see a bunch of streamers streaming the new class. One I check out is Coco.. I don’t know her full name on twitch, so just go looking. When DK released on KR, she had prepped a nouver or kutum tamer knot thinking it was going to use that and the expression was fucking hilarious lol.
(miscommunication between the players and the dev’s lol)

Wow, dude. That is kind of a rude way to speak to someone who is basically creating libraries of knowledge for people to use across multiple games. It is just the date being off by a few dates, not a huge issue. Have some respect!

What are you, a introverted kid who who’d rather stay inside and fap to some pixelated woman than tapping a real girl.

This from the guy named Mr Steal Your Waifu. The irony is overwhelming.

Hahaha, now you know how it feels.

When MMOs are your only option because almost every other game except tomb raider feature dudes.

of course a another female class ffs let us be able to pick between female or male.

This is the reason why I quit the game. Not only is there a majority of female only classes but there’s usually way more cool than the male ones. Still waiting to see if they release a male Dark Knight or at least announce its being made before I sell my account.

Now imagine if almost every other game were that way. It sucks when you’re locked into one gender all the time.

what is mostly annoying is that they make the female character so exposing. I’M a SINGLE GUY!!!

I really want to see more about that class, that weapon looks interesting and i hope they keep it.
Currently playing a Ranger and im not really happy anymore with it…