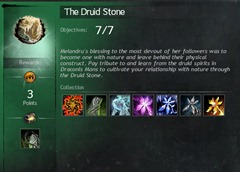 Obtained from the last story instance 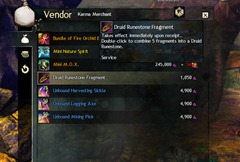 The Druid’s Story/A Flower for Kodama

Finding Kodama isn’t the easiest task. Kodama is on a layer below Savage Rise. When you glide down from Hearthen’s Hold waypoint, look for a layer just below the main Savage Rise level with grubs.

Interact Kodasama with the Druid Runestone and a Fire Orchid will trigger the collection for both items.

A Flower for Liriodendron

Liriodendron is by the Peaceful Grounds POI on the main level of Savage Rise. Bring a Fire Orchid to him. 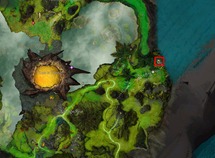 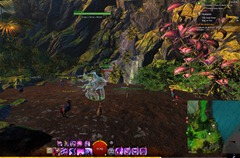 A Flower for Broadleaf

Broadleaf is on a rock outcropping above Savage Rise. You can glide to him from Hearthen’s Hold waypoint but you have to take the thermal tubes that shoot you up to the sides of the volcano and glide down from there to ensure you don’t lose too much elevation when gliding.

A Flower for Rosewood

Rosewood is literally right above the waypoint. Use the bouncing mushroom slightly north of the Ancient Hollow waypoint to get up. 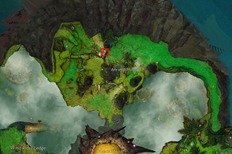 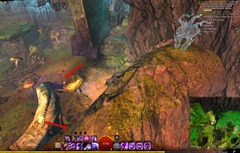 This is the next achievement unlocked by completing the Druid Stone achievement. This is a timegated achievement that requires 3 days to complete as you will need 3 different Druid Runestones from completing Heart vendor and sold by the Unbound Magic vendor. Completing it will unlock the Living Druid Stone exotic backpiece. 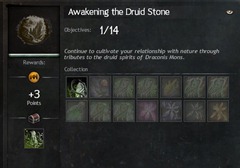 Greater Wardbough spawns from an escort event that starts at the Scout Clearing POI and leads to Eternal Pool POI in Savage Rise. Defeat it to earn Element of the Wardbough which you can combine with a Druid Runestone to turn into Kodama.

Go to the Hidden Lake area in Brisban Wildlands next to Seaph Observers Waypoint – [&BGIAAAA=] and talk to the Restless Arboreal Spirit Hero Challenge NPC. Ask him for an item and he will give you one for the collection.Combine with another Druid Runestone (another day of dailies) and turn it to Kodama. 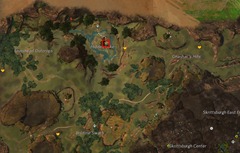 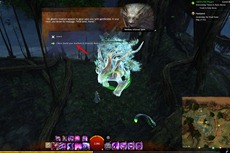 Go to Phinney Waypoint  – [&BPMAAAA=] in Queensdale and wait for the Rotting Ancient Oakheart event to spawn. Kill it to receive an Element of the Oakhearts for your collection. Combine with another Druid Runestone (3rd day of dailies) and turn it to Kodama. 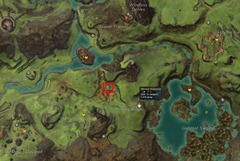 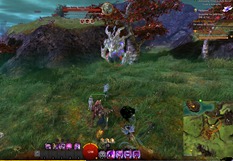 It takes 5 days to do this as you will need 5 Druid Runestones from completing your daily hearts. Then kill the following champions in Draconis Mons. If you are unsure of their locations, consult this guide. 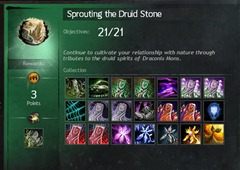 For the last step, you need to plant Fire Orchid seed you get from harvesting the Fire Orchids (uncommon drop) on a fertile soil near Kodama. 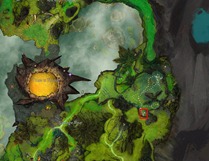 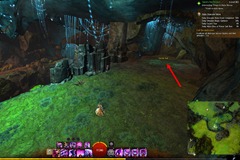 A Henge Away from Home

This next achievement take 7 days to complete. You will need to combine 7 Druid Runestones with drops from the following mobs/champions. 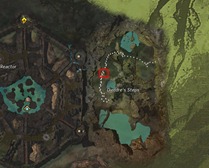 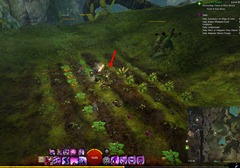 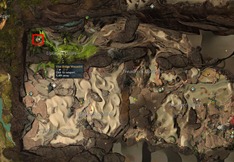 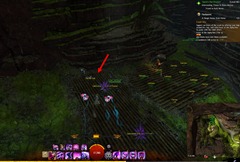 Near the waypoint in Cursed Shores. Need 3x Orchid Seeds. 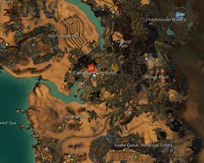 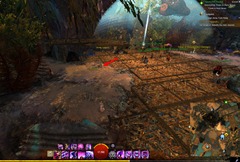 Glide down east from Ancient Hollow Waypoint, it is close to the sea level. 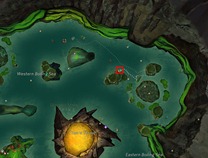 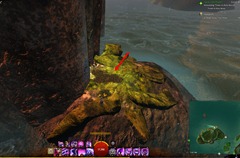 From Heathen’s Hold Waypoint, take 2x Thermal Tubes and glide off on the second one into the little cavern by Rata Sum. Once you are in the cavern, keep going left and you will find the Fertile Soil.

From Heathen’s Hold Waypoint, drop down 2 levels until you reach this level just above the sea level. There is a little hidden cave here with the Fertile Soil. 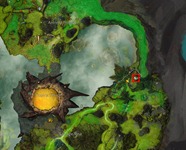 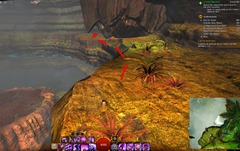 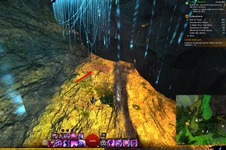 From Heathen’s Hold Waypoint, take 2x Thermal Tubes and it will drop you right outside Nu II vault. Enter the vault and stay left until you find the Fertile Soil. 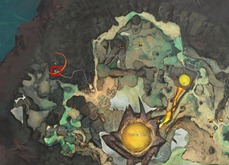 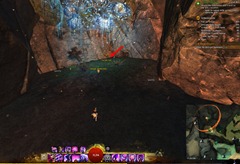 From Ancient Hollows Waypoint, go southwest to find a bouncing mushroom. Take that and 3 more bouncing mushrooms before using an updraft that will take you to a ledge with bunch of mushrooms. You will find the fertile soil at the west end of this ledge.