Black Desert Korea has posted some teaser pics of the awakening which will be released May 25 on the Korean servers.

The awakening weapon is called Spiritual Gauntlet. While it is similar to the current weapon, it will cover the whole arm instead of just the hands.He will also be able to summon a Spiritual Clone to fight alongside him. This clone will appear upon the usage of certain skills. 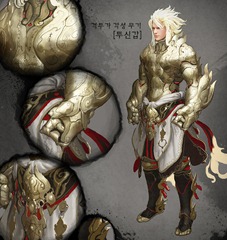 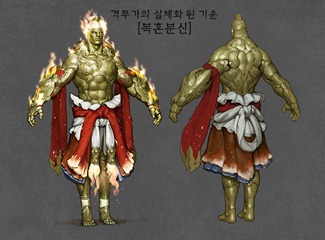 The fact that I can finally go ham and make an homage to Asura with this class is makin me fuckin fangirl.

With this BDO Striker guide you ought to have the option to comprehend this character more, so you can get directly to being aggressive soon after you get the things that will empower you to rival different players in Open World PvP, Node Wars, Sieges, and Red Battlefield. I will discuss each and every ability, depicting you how it ought to be utilized and is it extremely justified, despite all the trouble to utilize it, what to concentrate on during battles, which connects with to utilize and the hazard that accompanies them, suggested aptitude additional items, and a few hints on the best way to utilize Striker in specific situations that happen day by day.