Pearl Abyss developers have released a GM note on the 2nd anniversary of Black Desert Online release to comment on future content.

BDO was first released in Korea in 2014, followed by Japan and Russia in 2015 and NA/EU in 2016. In 2017 we released it in Taiwan and South America. For the future we planning to release the game for rest of China soon.

In the past we had weekly updates and it was difficult to get sufficient time to focus on pure development of the game since it took 5 days to do the development and QA for each patch, which only left 2 days for pure development.

The console release team is a separate team that already started working from the first half of 2017 and is separate from the current BDO development team. Their progress does not affect the development of the game on PC.

We have adjusted the class balance in the first half of this year but it is still lacking. Rahm’s Enlightenment will hopefully adjust it more and we seek to continuously improve it in the second half of the year.

For reference, here is a comparison of the K/D ratio we gave at the Oasis festival (March 4) and a new one taken on July 4. The K/D ratio of the top three classes is now a lot lower (translated chart taken from here). 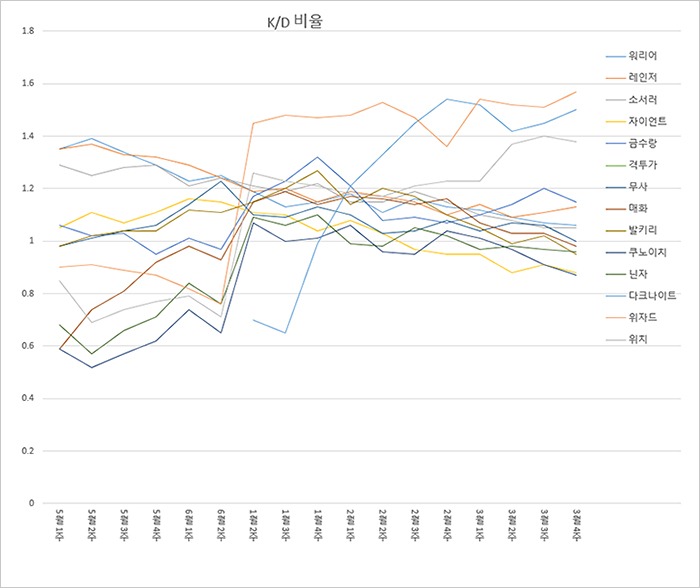 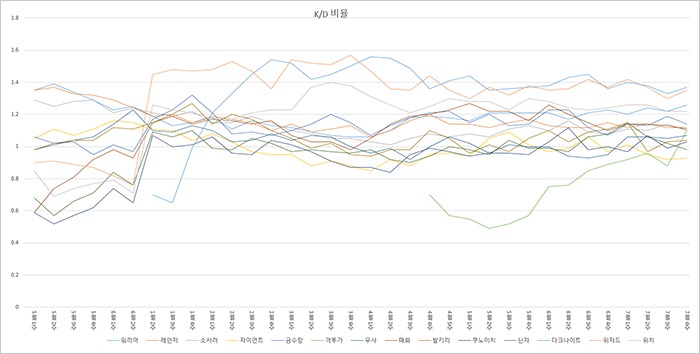 Previous we had a Black Spirit Training that appeared every holiday. Now we are bringing it as a permanent addition. With this system you can purchase a voucher from a blacksmith and interact with a training dummy in a certain location. The character starts practicing on the training dummy and you can gain experience while AFK. The experience gain will be less than grinding.

The Siege Axe is a new siege weapon that can be used to break down fortifications that protect the enemy’s command post. The Siege Axe damage does not scale off AP/DP or level so even undergeared players can contribute to the siege by breaking enemy guild’s fortifications.

Players feel the current tutorial system is insufficient so we will be adding a new tutorial system. The Black Spirit will help you with grinding/combat and eventually we are hoping it will guide you through fishing, cooking and alchemy.

Enchanting is an important game of the game and we recognize that it can bring frustration and despair to many players. We are adding some new items to help players. These items have high AP/DP but cannot be enchanted. We hope these items will help players before they get the hang of enchanting. 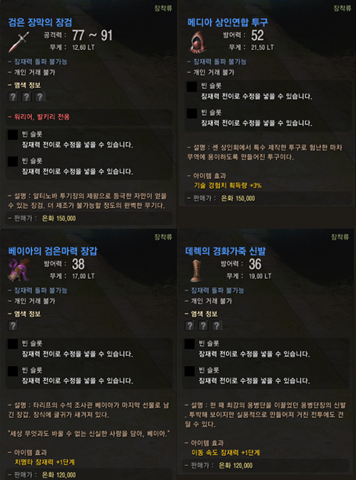 Bell is a new sea monster we are adding. You will need a group of players with powerful ships like the Epheria Saiilboat or the new Epheria Convoy. Cannons and hunting rifles will be used to hunt it down. Players that defeat Bell will have a shot at Bell’s heart, the best alchemy stone in game. 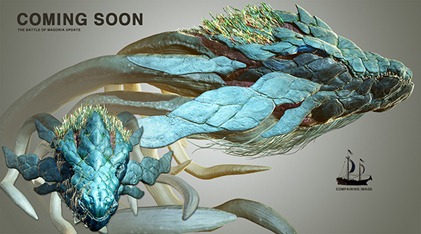 We are adding a new Luxury Auction House. This auction house will sell items that are not available in the game or very rare. You will compete with other players for bids. The highest bid wins. Items being considered for this luxury auction house includes XP Transfer Ticket, Life Skill XP transfer ticket and Arsha weapons from arenas. These XP transfer tickets allow you to transfer XP from one character to another, helpful when you are rerolling a new class. 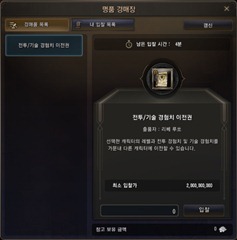 Often when you go grind, you run out of potions or gear durability. It is a hassle to go back to town to refill/repair. Camping system allow you to put a tent on your horse that you can deploy in the field for amenities such as buying potions or repairing your gear.

The quality of the submissions to the costume competition we hosted a while back was higher than expected. As a result we have a whole backlog of costumes to develop. The costumes from the contest that are not available yet are those that are hard to make so we appreciate your patience. We will hire more developers to work on the costumes.

I wonder how much of this we will see in NA. I doubt we will see the xp transfer coupon for one.