Halloween is around the corner and Black Desert Online just became a bit more spooky. The red moon rises around this time, which creates mysterious crevices across the entire world of Black Desert. Now, the Black Desert world gets mixed with the dimension of a strange world. New and returning events start today and a broad variety of cosmetic items will help to set the mood.

The patch brings also fixes for several issues as well as game and balance improvements and more.

The following event-quests have been added from which you can obtain Halloween-themed headgears. 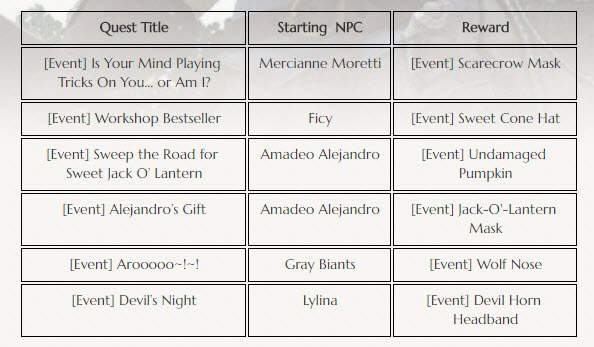 The following event-challenges have been added from which you can obtain the event items.

Below are the Buffs available at each Villa, and their prices. 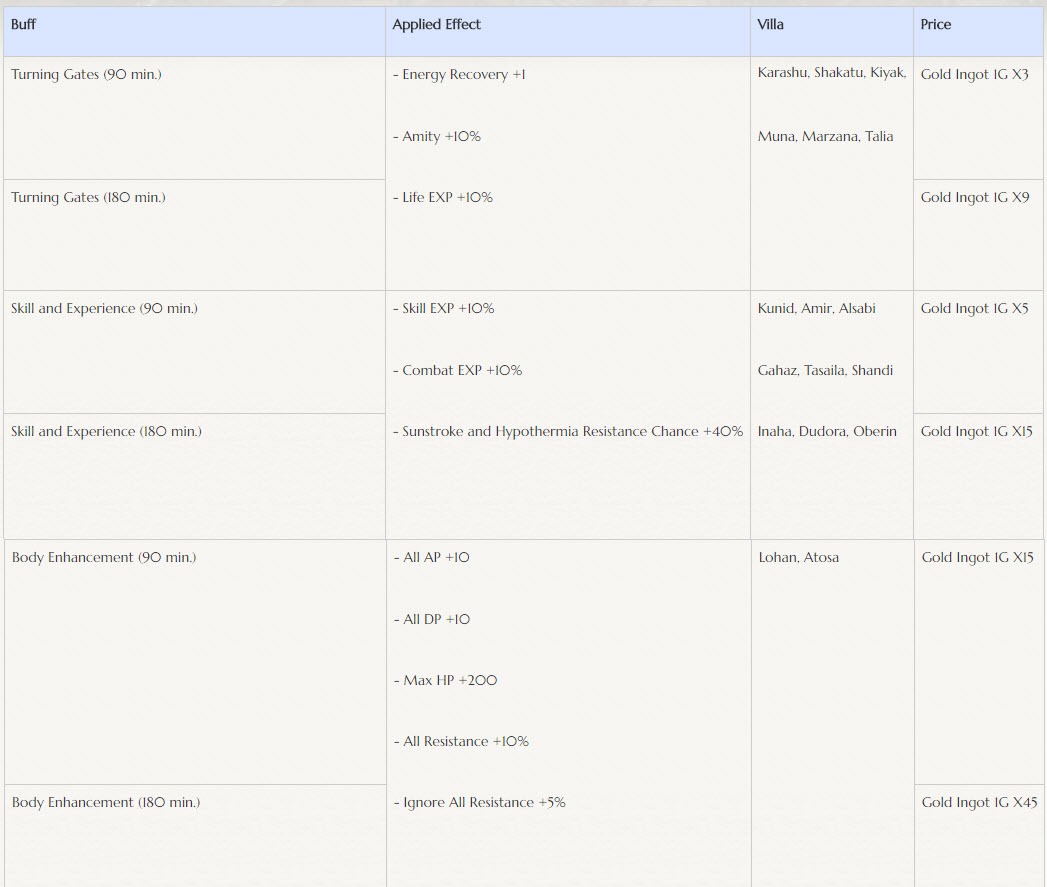 ※ To enter a Villa, you need the specific Villa Invitation for that Villa. Inside the Villa, talk to NPC Serazad to get a Villa Scroll, which allows you to buy Buffs at the Villa.

● The price of a Villa Scroll has been changed to Gold Ingot 100G X1.