Go to Titan and start the Enemy of My Enemy Questline. You will need to be 220+ power to start this quest.

This is a short mission that requires you defeat some Hive enemies.

After that report to Sloane at the landing platform in Siren’s Watch. 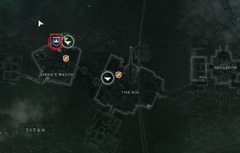 Go back to The Rig after to start the next mission Lighting the Dark. For the part where you need to Find a away through, you will need to defeat the Barricade Servitor. You can ignore the the firefight between the Fallen and Hive.

Once you complete that mission, go back to The Rig and start the next mission Chances and Choices 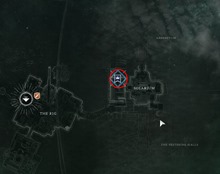 For this part of the quest you will want to wait until you are 265+ power before completing the last step (or the third step) of the quest as it is one of the few ways to advance your power past 265.

For the first step, you will need to complete three patrols with at least one other player in your fireteam. Make sure you have unlocked the patrol quest from Cayde in EDZ (Firebase Hades) to see patrols in the open world.

To find Patrols you will need to use the Ghost to scan your surrounding (press Tab). This will reveal nearby Patrols.

For the second step, complete two Public events with at least one other player in your fireteam.

For the third step, complete two Crucible matches with at least one other player in your fireteam.

For the last step, you will need to complete a Nightfall Strike with at least 5 minutes remaining. The difficulty of this depends on the week but for the current launch week for PC, it is a good week since it is an easier strike with good modifiers (Torrent allow you to spam your grenade abilities faster and Timewrap: Zero Hour means that you don’t need to do anything extra to extend the time).