A guide to getting the Sturm Exotic weapon in Destiny 2.

There are three exotic weapon quests you can do once you reach Power Level 265. While you can do these earlier, it is not recommended since these exotic quests are one of the few ways to reach higher than 265 power.

Go to Nessus and start up the blue questline Exodus Black near Failsafe.

For this first step you will need to scan bodies for audio logs. First body is right outside once you exit Failsafe’s room.

Second body is also not too far out on top of some rock outcroppings.

Third audio log is on top of the stone pillars near the landing point. It is right next the region chests and require some jumping from the lower stone pillars to get up.

The last audio log is around the walls of Exodus Black Sector west of the landing point.

Then you need to find and inspect the Satellite Array.

Only the Vex marked by your scanner works for this step.

Continue the second part of the quest by picking up My Captain In Hallows (go from the landing point in Watcher’s Grave.

Completing this mission will give you the Sidearm Drang on your energy weapon slot as well as Talk to the Cryptarch in your kinetic weapon slot. Make sure you don’t dismantle Drang or infuse it as you will need it for the next step. 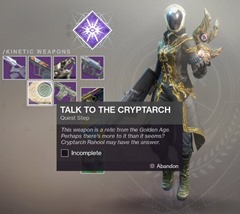 Go to the Cryptarch on The Tower and talk to him to proceed with the quest. You will need to do the following 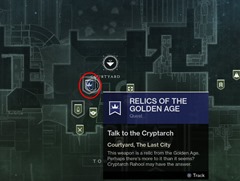 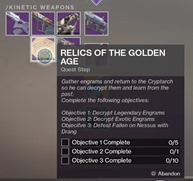 Don’t forget tor return to Failsafe on Nessus for Simulation of Grief that give you 1x Legendary Engram.

Once you have decrypted all the engrams, head back to the Cryptarch.and he will have you talk to Tyra Karn. Tyra Karn is located on the Farm which you can access via Earth. Tyra Karn is the Cryarch in The Farm.

Tyra Karn will tell you to do the following with Drang.

The fastest way to do the 10x Powerful Fallen step is to run into the Lost Sector The Rift near Exodus Black landing zone and then go in and kill the Fallen captain at the end repeatedly. It is a bit tedious and you need to do it 10 times but it will get the job done. You can just skip all the mobs and run up directly to the captain, use your power weapons/super to get him low and finish the job with Drang. 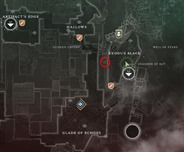 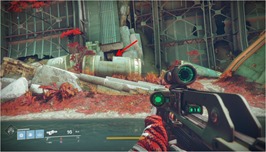 Return to Tyra Karn on The Farm for completion.

For the last part of the quest you will need to complete part of the Exodus Crash strike. This requires a fireteam of at least two players  (might be possible to solo if you are really patient). Fortunately you don’t need to kill the last boss of the strike since the objective you need is right before the last boss.

You need to kill Kendriks-7, the servitor right before the last boss. You don’t need to complete the strike.

Return to Tyra Karn on The Farm for your Sturm handcannon.