A guide to the encounters in Hall of Chains.

River of Souls is the encounter right after the Soulless Horror. It is mechanically pretty simple and all that really matter is execution.

You must protect Desmina as she journey through the River of Souls. She has a safety bubble around her that prevent you from taking damage from the River of Souls. This bubble can be disabled by certain mobs along the way and Desmina is vulnerable herself to attacks from the various mobs. Desmina can be healed and healers should pay extra attention to her HP to prevent her dying from damage.

The first time you die (fully dead, not downed) in the River of Souls, your body turn into a spirit and you must collect orbs along the river. Collect 5 orbs and you will be allowed to fully resurrect. This freebie is only offered once and if you die the second time you cannot revive again. Note that you will respawn at the same location as the last orb you collected so you may want to collect the last couple orbs close to the group so you don’t die to the damage from the river as you try to get back to the group. 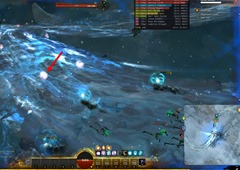 These rifts will try to suck you off the bridge. You can disable them by attacking them 10 times. Each attack will remove a stacking buff on the Spatial Rifts and once that buff is gone they become harmless. Ranged weapons work well against them but mesmer clones and ranger pets can also make short work of them. 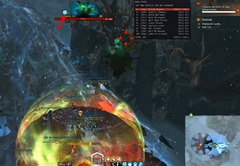 These bombers tend to spawn in pairs and will try to run to Desmina and blow her up. When they explode they have a CC bar that if you break fast enough you can stop their explosion. Players should coordinate their CCs and stop their explosion and kill them afterwards. 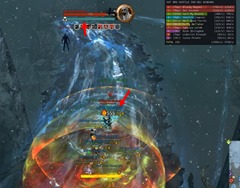 Enervators are mobs you will encounter that disable Desmina’s shield and cause heavy damage to her if not killed quickly. If you see one up ahead you can just jump to it and kill it quickly since it will disable the shield bubble anyways. 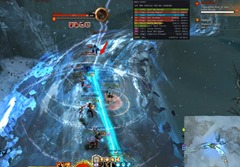 Random players in the raid will be targeted with personal bombs. These bombs will follow you initially but when the inner circle expands to the middle circle, the bomb will stop moving and allow you to drop it off. You can use these bombs offensively and drop it off on Hallowed Bombers and Enervators to stun them. Any player caught inside these bombs will be stunned so don’t drop these bombs near the group. 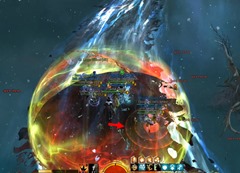 Much like the Surging Soul walls on the Soulless Horror, death walls also make an appearance on the River of Souls. There are three set of death walls, the first set is all vertical with gaps in between for you to pass through. Beware of the Spatial Rifts in between that will try to pull you off as you navigate the walls. The first time you go through a wall, you won’t die due to the special death mechanic on the river but the walls will instantly kill you the second time you mess up. 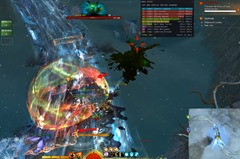 The second set of walls will pass through the river horizontally but there are usually Enervators between the set of the horizontal walls that you can run up and avoid the walls completely. 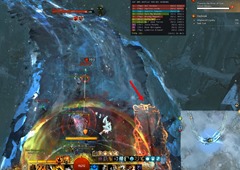 The last set of walls is right before the finish line and is just a set of vertical walls with some Enervators in between.

Spirit Hordes show up with the first set of death walls. They are small skeletons that will try and damage Desmina. You can simply cleave them down. 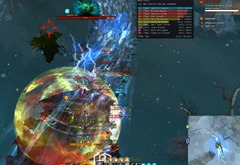 Statues of Grenth encounter follows the River of Souls and is divided into three events that can be done in any order.

Statue of Ice is a pretty simple event but you need to control your DPS to avoid failing it (around 60k group DPS is a good place). The main mechanic here is that damaging the Broken King will spawn green circles with icy teardrops that you need to collect. This is % based so the faster you DPS is the more teardrops will spawn and this can overwhelm your group if there aren’t enough players to collect them. 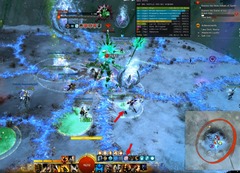 Each player can only three teardrops within a certain time as the stacking debuff will freeze them if they collect four. This debuff does decrease in stacks overtime so they can safely collect more once their stacks have fallen off.

While the collecting is going on the Broken King have several attacks you need to watch out. He has a nasty frontal cleave so all raid members need to stack at the back and only let the tank stand in front.From time to time, the Broken King will unleash Hailstorm attacks that show up as triangles on the ground that you can avoid. He will also spawn icy veins (Numbling Breach) on the ground that deals ~4k damage per tick and can down you quick if you stand on them. 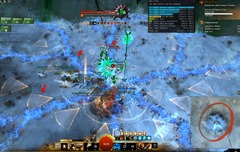 The Eater of Souls event can be a bit confusing since there are a couple of involved elements.You need to assign two teams of two players each that will go up to collect the souls.

When the Twisted Spirit spawns, kill it immediately and it will drop five orbs in the middle of the room. Pick the orb up and use your special action key to throw it on top of the lit up platform. This will fill up the holes on the lit platform. Once all 5 holes are filled, you can kill the Eater of Souls on top of the completed platform.

Doing this should trigger a release of soul orbs from the Eater to the sky and he will heal up to full. If you don’t see the orbs bursting out of the Eater then you will need to skip the spirit collecting as your collectors will have no souls to collect and just die in the air. 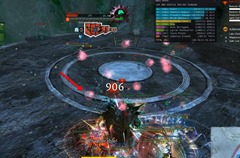 Drag the Eater to the next lit platform and the first team of soul collectors will keep an eye out for the message: A spirit manifests. Once they see this message, they will need to run up to the Lost Spirit that just spawned and stay in the green circle until they get teleported up. Each soul collecting player will float in the air and collect 5 orbs before the timer runs out (30 seconds). Each 3 orbs collected by the player will light a torch so having two players collecting 10 orbs total should light up 3 torches. 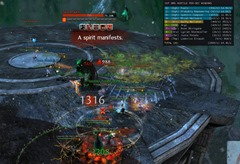 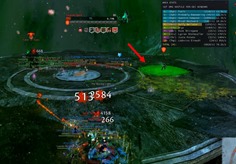 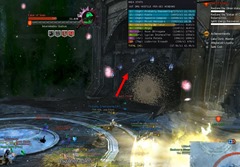 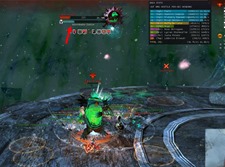 For Statue of Darkness event you will need to divide your squad into two separate teams. One player from each team ( a DPS) will also need to stay on the raised platforms and become light orb throwers for their team. Orb throwers should have squad lieutenant so they can place squad markers on top of the Eyes on their side and track their movement from up top. Each team should pick a side of the room and gather up near the Eye on their side without being within line of sight of the Eye.

The Eyes can only be targeted once the orb thrower throws an orb down to where the Eye is. The orb thrower should just throw down Light Orbs constantly on their side while fending off Light Thieves. After taking a certain amount of damage, the Eye will teleport to a new location and the orb thrower should mark the new location with the squad marker since they will be able to spot the Eye from up top. You can pick up one of the light orbs and stun lock the Eye with the #2 skill. This will prevent the Eyes from teleporting too much. 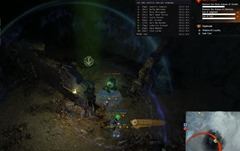 The biggest threat to the players down below is the Minotaur. This Minotaur is incredibly powerful while under the effect of the Light Orbs but you can stun him by picking up a light orb and use the #2 skill when he is about to charge (there will be a breakbar). 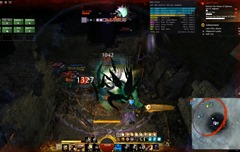 Both sides need to kill their Eyes roughly around the same time as killing one too quickly will cause the other one to revive it to full.

is that an *gasps* Aatxe?

For the statue of darkness, will the eyes not teleport as frequently if you use the light #2 near them? My group has been saving the #2 for the Minotaur but I wasn’t sure if you can get a larger burst on the eye.

Ahhh, content I’ll never do. Not because it’s hard, but because the Raid community is more toxic than all of WoW combined.

While I can see why you think so, I could also say there’re actually a good number of exceptions…..

The community is only toxic when players join non-training raids without knowledge of bosses, rotations or gear and want to get carried while not using food and stuff.

the statues so ezy its like a guild mission lol