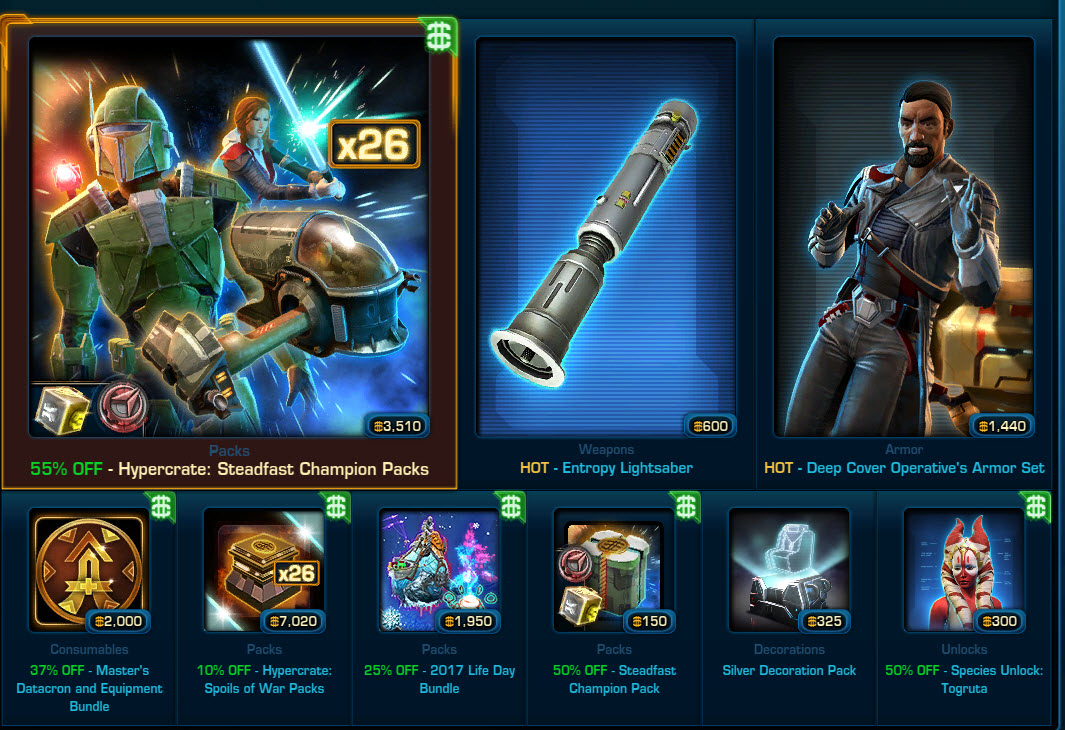 https://youtu.be/9wbOOljfF6g In memory of Carrie Fisher. Been a year since we lost Princess Leia.

So now that this game is toast what other games are you folks playing now?

I joined PS4 peasant race and I am double agent now because I have to stay loyal to my PC too. W3 on PS4, Paladins and free Darksiders 2. Deus Ex: Mankind Divided will be free too so there you go.
Apart from that, I bought Shadow of Mordor PC version since it was on huge discount and I have to say it’s terrible.

I moved on to Blade and Soul, then that is tanking. So I have been playing Guilds of War 2 and that has been very satisfying. Good story line, lots of large battles, dungeons, other group maps called “Fractals”, PVP and WvW which is “World v. World” Large group content.

ESO, it just keeps getting better and better. Plus, they add new content fairly often, so after 1+ year of playing consistently, I still feel like I’ve only scratched the surface of it.

Over a year in now, still only finished 1 of the 3 stories, still not done Morrowind, still not done Clockwork city. It seems my complaint about ESO is that I can’t seem to get through what they have on offer before the next thing comes along.

I got my Nirnhoned Maelstrom Lightning Staff finally, I’ve started really playing with the housing decorator, and you can do some pretty bonkers stuff with the system, I approach my builds the same way I approached MTG back when I was younger, sitting down, looking at all the set bonuses until my brain clicks and I’m like, “What if I combined set A with Set B on Class D? Oh that would be so broken!”

Its not perfect, the group queue seems to break often, the ability to have 5 guilds means nobody is really as dedicated to any one guild and it affects the social aspects of the mmo, but overall its just better, in so many ways.

There’s only one argument for SWTOR that makes any sense: I like Star Wars. Even that is reaching these days.

The combination of the movie itself (which I hated), disgusting levels of oversaturation (SW paper towels?), and the pathetic “Love TLJ/Hate TLJ & If You Don’t Agree with Me You’re Satan” crowd online have me distancing myself from SW like never before.

I love arguing with SWTOR fanboys what is better: ESO or SWTOR. Whenever I come up with argument “ESO gets more love than SWTOR and gets much more content”, fanboys go with “yeah bugged af”. Like SWTOR isn’t bugged af for 5 or 6 years now.

(Neverwinter hint: Work on getting both the Lostmauth Artifact set and Owlbear Cub companion. You’ll score double-hits on every attack.)

Mainly The Witcher 3, potentially the best story RPG game ever made.

Tried other MMORPG’s but none stuck.
ESO is good but I’m not a fan of the combat.
FFIV the gobal cooldowns are so long I was losing my mind (heard later in the game it’s way better but I currently have zero patience to get there).
WOW is good, loads to do but I feel disconnected from my character in it, maybe its the lack of customization and zero voice scenes.
GW2 is a strange one, I like alot about that game but the art work hmm just isn’t my cup of tea.

I had to give up Witcher 3 when it turned into hyperspace traveling space elves, just wasn’t my thing, was cool before that when it was just killin undead shit.

for multiplayer, mostly ESO, with a strong side of secret world legends, very occasional WoW, and Division with my SO. single player – veeery slowly making my way through my backlog on both PC and ps4. keep trying to come back to swtor but its just… not holding me anymore 🙁

Death of a Game: SWTOR

Did you actually finish the whole video or did you just paste it here because it had Death of TOR in the title?

And since the auto review feature here removed it because of some words in the title, it’s the “D E A T H OF A GAME: SWTOR” video on YouTube by nerdSlayer. It’s an excellent breakdown of SWTOR’s journey to being in the shitter.

Was a good video, it wasn’t lets all shit on SWTOR from a great height, it was a look at it’s life for the past 6 years and mainly the drop from 2 million subs to 100k and made from a guy who clearly likes/liked the game.

Exactly. It’s a reasonable look at the decisions made by EA/BW and the results. Bottom line is there’s a reason the game was eligible for his DOAG series.