Vell will be making its first appearance this Sunday in Black Desert Online. Here is what you need to know to defeat it.

Every Sunday between 12:00 PM and 1:00 PM CET/PST (EU/NA servers respectively) Vell will break from its seal and appear in the Margoria, North of Lema Island. Please allow some time for this enormous monster to make its way to the ocean surface. 30 minutes before Vell breaks free, there will be an alert message for all servers. This will give you some time to group together, change servers if necessary, and sail towards Margoria.

Vell will spawn in these 13 Servers: 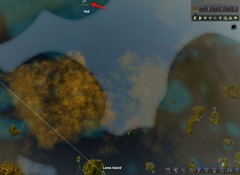 When Vell is breaking free, the weather will turn cloudy and rain will fall, and another alert message will appear on all servers. About 10 minutes before Vell finally break free, there will be a giant whirlpool near where it will appear. This whirlpool can cause a lot of damage, so please be cautious.

When Vell finally breaks free, it will be surrounded by rocky structures jutting out from the ocean in a rough circle. Breach into its bounds at your own risk.

Vell can only be hurt by cannons and matchlocks. It also uses its critter “Lopters” by its side to defend itself against attacking ships. These Lopters can be defeated with [Hunting] Matchlocks.  However, do not let your ship stay in one place too long while you are attacking, as Vell may aim powerful attacks at you to fight back. Vell is very large and can cause a lot of damage, so please mind your distance around it.

When Vell is hurt to a certain point, it will become enraged and channel its fury to create giant waves. If you are hit by these waves, you will die unless you manage to get a firm hold of the ship or have managed to dive underwater in time.

When Vell is defeated, you can loot from its remains. Parties/ Platoons that have dealt a certain amount of damage to Vell can loot their reward from this. You can loot the remains from your ship if you sail close enough to it. These rewards may include some of our new items: Vell’s Heart and Rainbow Coral Ring. 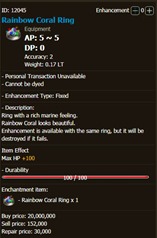 Too bad i will probably never see Vell by myself, it sounds like an awesome fight.

What do you suggest works best to “manage to get a firm hold of the ship” when it enrages and starts the waves? Just grab the wheel or a cannon?

Too bad i will probably never see Vell by myself, it sounds like an awesome fight.