For the previous current events see these guides.

Survey on Subjects of Important – 1 AP

Go to Southsun Cove and talk to the NPCs near Pearl Islet Waypoint. 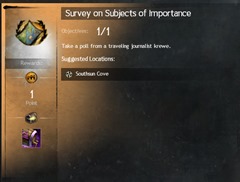 Talk to Achelle and answer a question for the achievement. 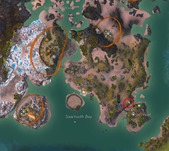 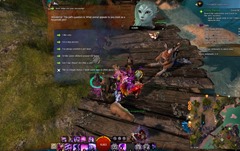 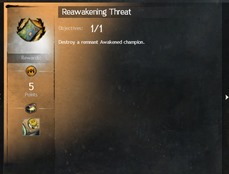 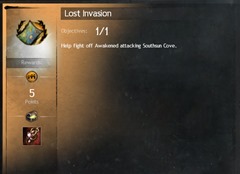 Make sure you still have your Phasic Distortion Reader. You will need to do invasion events from previous Current event back in January. Invasion happens every 30 minutes past the hour and only appears to occur on one single map this time and South Sun Cove appear to be one of the maps this round.

If you don’t have your Phasic Distortion Reader anymore, talk to Sarettokk in Lion’s Arch (Undermarket/Hoolidgan’s Route) and re-purchase it. 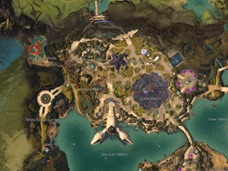 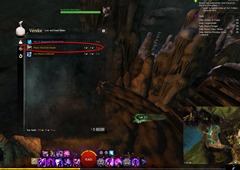 Do one of the invasion events and when the champion pops up at near end of the event, kill it for the achievement 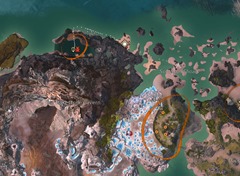 You will get the Lost Invasion achievement if you do the Invasion event on Southsun Cove and stay for the whole invasion.

Locate unusual debris in Southsun Cove to help Ninn.You can only do this after completing Reawakened Threat. Special thanks to Rubik for locating the Debris pieces. 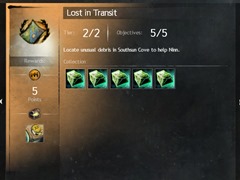 Ninn will be at your home instance. 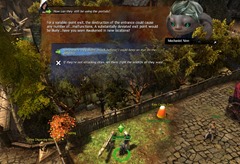 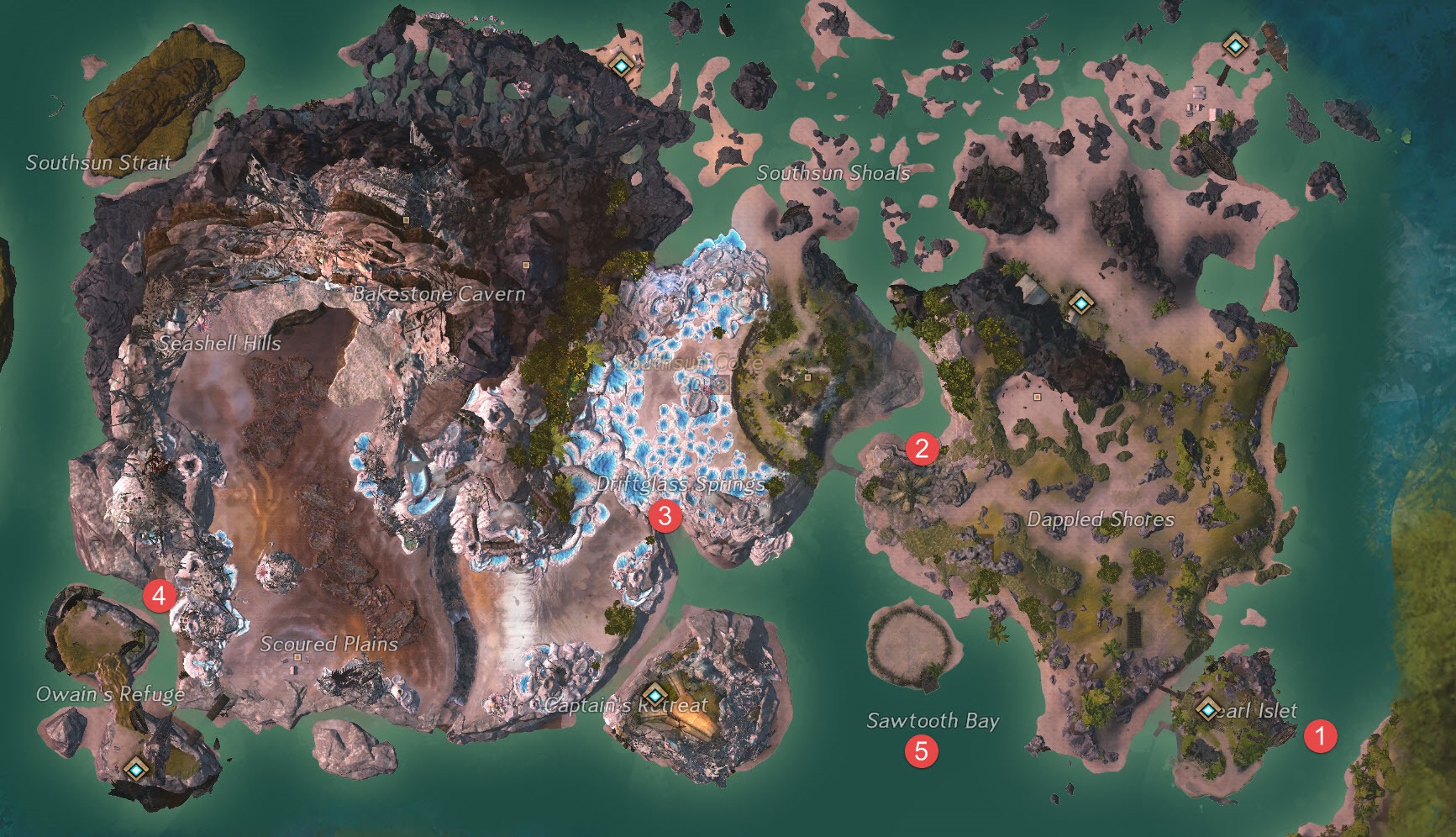 Vacationers at Pearl Islet heard a loud splash to the east several days ago. 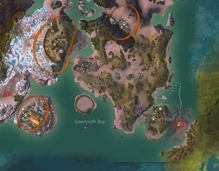 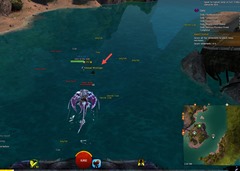 A guard at Steampipe Steading filed a report on an odd flash of light across the canyon. 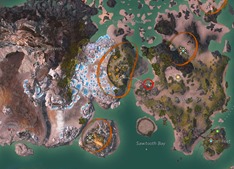 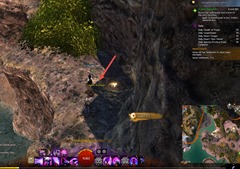 A local described seeing a small fracture – like portal north of Captain’s Retreat. 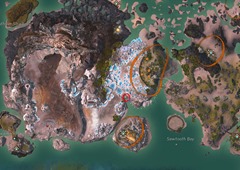 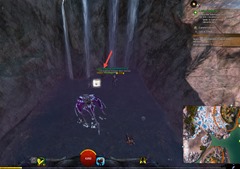 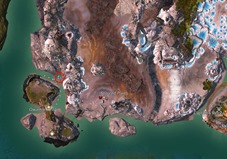 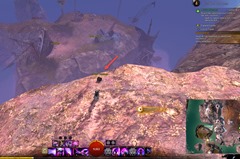 While diving for treasure in Sawtooth Bay, an adventurer sighted a disrupted portal. All the way at bottom of the ocean. 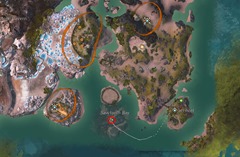 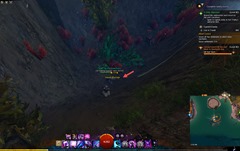 After you have all 5 debris, go back to Ninn and talk to him. He will tell you to come back after daily reset for the new device. After daily reset, talk to him again for the Awakened Aftereffects achievement. 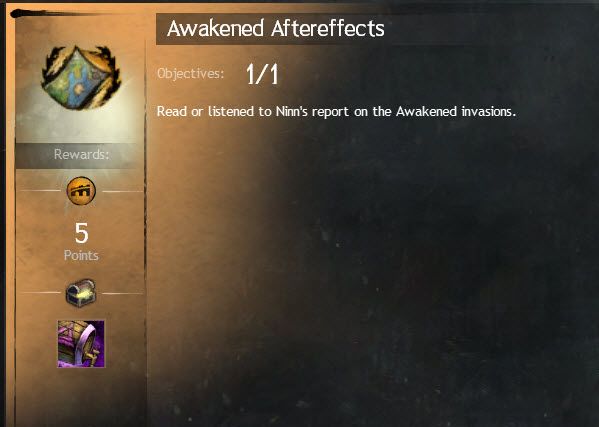 After I updated my game my computer shuts off when I try to log in. Anyone else having this problem?

Do we know the map rotations for invasions? It’s boring to check every hour waiting for Southsun Cove to be the one map.

You don’t need it to be Southsun for the Achievements. Any of the invasions counts. I did the Metrica Province one and it counted.

True. I got mine done in Queensdale.

You need Southsun Cove for the “Lost Invasion” achiv. But for the collection and such, then yes you can do it on any other map.

I did the Wayfarer, got the new achievement, yet the debris don’t have names and I can’t interact with them. 🙁

EDIT: Turns out you have to talk to Ninn in order to kickstart that achievement.

After I updated my game my computer shuts off when I try to log in. Anyone else having this problem?

Try Deleting the file “Local.dat” & let the game download it again.. this solves most of the issues.. at least for me..! located here: C:UsersUserNameAppDataRoamingGuild Wars 2

If you use arcdps, always make sure you update arc when you update guild wars.. Or at least check to see if theres a new update. it can mess up your game otherwise

Wait your computer shuts off or your game shuts off? If its your computer, that could be a graphics card thing.. maybe try updating your drivers?

Thank you so much for posting this.

I completed “Lost in Transit” but Ninn’s dialogue hasn’t changed. He doesn’t tell to come back tomorrow, just the same stuff as if I haven’t done it. Is this normal?

You can only do “Lost in Transit” with a character who has made the Phasic Distortion Reader. After doing “Lost in Transit” Ninn’s dialog hasn’t changed – he is still asking if I found anything and telling me to search the area of the new incursions. I’m guessing this is also the problem that the previous poster is referring to.

IMPORTANT STEP: TALK TO NIINN IN HOME INSTANCE FIRST BEFORE SEARCHING FOR DEBRIS

What times (server time) of the day does the Southsun invasion event happen?

I’d like to know as well. Hasn’t popped in Southsun yet for me.

“…Lost in Transit– 5 AP/Awakened Aftereffects – 5 AP
Locate unusual debris in Southsun Cove to help Ninn.You can only do this after completing Reawakened Threat. ”
This should read “Reawakening Threat” (not Reawakened).

It would have been nice to know, that doing this with the character that you first did these achievements with would not transfer over to your others. I have to wait another 7-8 hours for the event to pop up in Southsun.

Thank you for informing us. I had planned to do these with my zerker gs mes, but for some lucky twist of fate, I decided to go with my viper necro (the char I did the other current events), and I got all the achievements in 2 hours, so I should consider myself lucky, having seen your comment ^^

Do you have to do the Southsun Event to trigger the artifacts collection?

I did the invasion in Gendarren Fields and got the Reawakened Threat cheevo, but cannot do the collection. The NPC also will not tell me to look for new stuff.

I haven’t got the Lost Invasion one yet though, and wondered if it was required to progress.

You may possibly have to do the event on the same character that talked to Nimm last time and helped him build the Phase device.

It buggued for me : I had to do the debris one more time, I just gathered 1 piece, brought it to Ninn, and had to wait till the reset to get the “final” +5 AP

I purchased the device again and did the 5 debris achievement yet ninn doesnt tell me to come back after daily. What am i missing?

Nevermind, got back to the wreckegas second time and got the item

i missed the event for Portal Peacemaker achievement so when i talk to Sarettokk he doesn’t have Phasic Distortion Reader, anyone knows where should i start?

It looks as if you’ll have to go back and do the previous sequence of Awakened events: search wiki for: Defeat the invading Awakened

i had to w8 till da event pop in queensdale bcoz other map doesnt appear so i wasted so many hours trying it on other map, now i got the reader

After finishing these achievments you should go back into your home instance and take a look near Ninn. He should have datapad behind him.

I didn’t originally complete the device, and now going back to complete it… I have all the ingredients but Ninn won’t make it. Tried two characters, one an engi (sylvari) and the other an asura to try and skip the timegate, but in both cases I just get the same dialogue as if I didn’t have the components. Will comment if I find a solution, but for now… rip.

i did da same thing until i realize i had mithril ore 50x, i wasn’t paying attention Nin was asking for 50x mithril ingot, so he took it after i had ingots and w8ted da next day and he gave me da reader gun

Uuugggghhhh. Yep, sure enough. Ingots. Thanks.

Should say ‘win’ the event, not elude to ‘staying and loitering around and doing nothing after you got your champ kill’, because that’s what we did…we ‘stayed’. We ‘lost’, but we ‘stayed’, and we got ‘no’ achievement. 🙂

To be fair it’s rather obvious… i mean why would they achieve you for failing an event? 😀

In the section “Lost in Transit– 5 AP/Awakened Aftereffects – 5 AP” it should indicate that after the event you need to return to your home instance, talk to Ninn to interact with the Debris.

Cannot get Awakened Aftereffects to trigger. Finished the Lost in Transit and spoke to Ninn. He didn’t say come back, just that i need to located the items he needs. I tried several days in a row but nothing so i submitted a bug. Any ideas?

How can I get to Unusual Debris 4 without a mount? O.o Can’t seem to find a way.

the timers seem completely made up

WARNING:
after collecting the last piece of rubble you get an EMPTY pop-up chest.
You have to talk to the rubble again and select the dialogue option to pick it up

So if I didn’t do the any of the “Awakening Threats”(Jan 9.) current event now I can’t get a Phasic Distortion Reader and start the “Reawakening Threat”(April 24.) events?

I know this is 8 months after most people in the thread already discussed this…but it seems that the schedules are 24 hours off. (When it’s Monday for most of us in North America, it’s Tuesday on the included schedules, etc.)