Workshops in Fallout 76 are a great way to acquire a lot of the resources you need to craft your weapons/armor. All it requires is that you stay online and stay in the same server as your ownership claim to these workshops only remain as long you stay on the server. You will also need to do a bit of micromanaging when your workshop gets attacked periodically but it is a great way to get some fast fast event XP and get some plans at the same time.

Fallout 76 Workshops out in the world have a special icon and when you hover over it it will tell you exact what it produces. Usually to claim a workshop you will need to make sure it isn’t claimed by another player and then do the event around the workshop areas to clear out enemies. You will need to also spend a little bit of caps to claim the workshop (20-30 caps) which is easily compensated by the clearing enemies event that give you back some of the caps you spent. 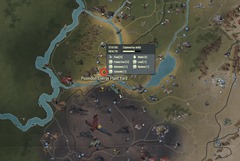 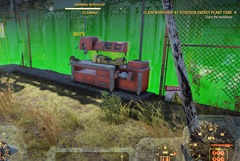 The nice thing about claiming a workshop is that you are given some free resources to help build the defenses and excavators you will need to generate the resources. The resources you are given can be only spent on this workshop and the quantities are limited so can’t go crazy and build everything. When you go into the build menu and try build something, you will see resources highlighted in green. This means that building this item is using the stash of “free” resource you are given and won’t use anything from your own stash. However, becareful that if a resource isn’t in green, that means it is drawing from your own stash. Generally you are given enough to build a couple of turrets, generators, and resource excavators which is sufficient for most cases. 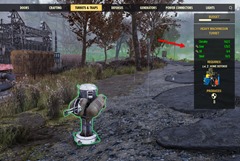 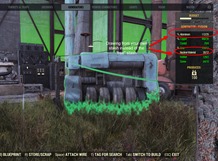 Usually a few minutes after you claim a workshop, there will be an event to defend your workshop as waves of monsters attack it. It is a great event to do to get some XP and the monsters are usually fairly easy to deal with. These attacks will come perioidcally and you will be given a warning as a new event when that happens so you have a minute to fast travel to your workshop. Fast travel to your workshop is always free so it is a great way to get around the map as well.

Claiming a worrkshop is great but it doesn’t generate resources. To do that you will need to build resource excavators. Go to Resources section of your build menu and look at the excavators available. What is available here will depend on what resources the workshop offers. If your workshop offers Nuclear for example, then you will have the option to build Nuclear Mineral Excavators. These excavators do not require plans to build. When you select these resource excavators, you will see a corresponding green outline of the excavator appearing near your workshop. This tell you where the resource is so you can place your excavator on top of it, saving you from having to search for these resources.

The resource excavators get filled up pretty fast and have a cap on how many items they can store (~20 for mineral excavators) so you need to check often and empty them or they won’t produce more resources.

Don’t forget that these excavators all use electricity so you will also need to build generators and link wires from the generators to the excavators (press the spacebar on the PC version when you are in edit mode to link two items together with wires). Most excavators will only use 10 electricity so a Large Generator will be sufficient. The best way to get plans for these generators is by doing the event to repair the Nuclear Energy Plants in Fallout 76. There are three of these Energy Plants in Fallout 76 but the third one is in the Mire so the two in the Forest and Savage Divide part of the map is the easiest. You can get either the Large Generator plan or the Fusion Generator plan from completing these events. 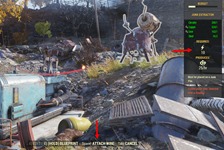 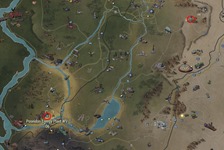 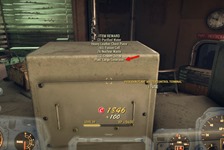 All of the workshops also offer food/water as a resource but there usually isn’t a resource excavator you can build for them. Some of them may have water purifiers nearby and you just need to connect generators to it.

Make sure you lock your excavator after building (go into edit mode and hover over the built excavator, you will see the option to lock it) and place turrets next to it. This will deter other players from stealing your items from the excavator as picking the lock make them wanted and causes nearby turrets to attack them.

Some of the workshops are unique and do not require you to build excavators and uses existing structures instead.

These Power Plant Workshops that produces Fusion Cores have a Fusion Core Processor already in place so you just need to connect a Generator to them. Alternatively, if you do the event to repair these Power Plants they will provide a Power Box that can generate 100 power  Do keep in mind that these Fusion Core processors require 100 electricity so you will need a Fusion Generator to power it or 10 Large Generators unless you do the repair event.

Mount Blair is an unique workshop that only produces ore (random assortment). It is actually a huge excavator in the middle of the Ash Heap region. . 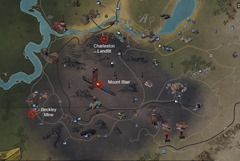 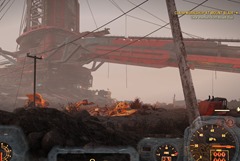 Instead of building an excavator, you need to craft four Ignition Cores, place them in the giant excavator and then start the excavator from the terminal. The excavator will run for 30 minutes as part of the Earth Mover event and then it will stop, requiring you to move in four more cores and repeat the process 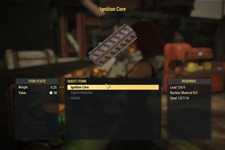 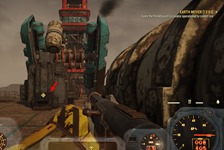 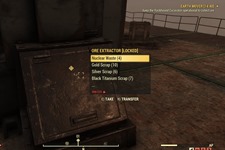 This workshop is the only workshop that produces Packaged Foods. There is a generator inside that provides 100 electricity next to the assembly line if the nearby Poseidon Power Plant is repaired so you just need to connect them together or build your own generator (requires 40 electricity) 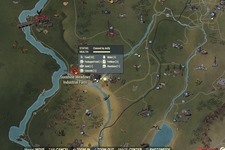 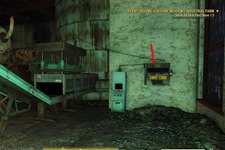 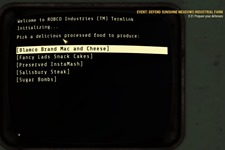 This is the only workshop that produces ammunition. Much like the Industrial Farm, if the nearby Power Plant is repaired then you won’t need a generator but otherwise you will need to supply power via generator. There is a terminal to select what kind of ammo you would like. 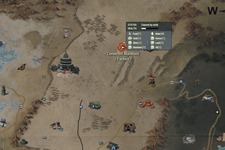 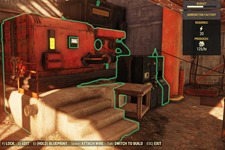 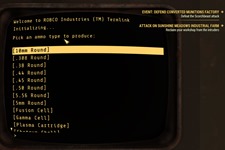 The numbers you see next to resources doesn’t mean much for food/water but if you see it next to other resources this might mean there are more than one vein for resources. For example x3 junk means that there are spots to place three Junk Excavators. The numbers are pretty meaningless for water/food. 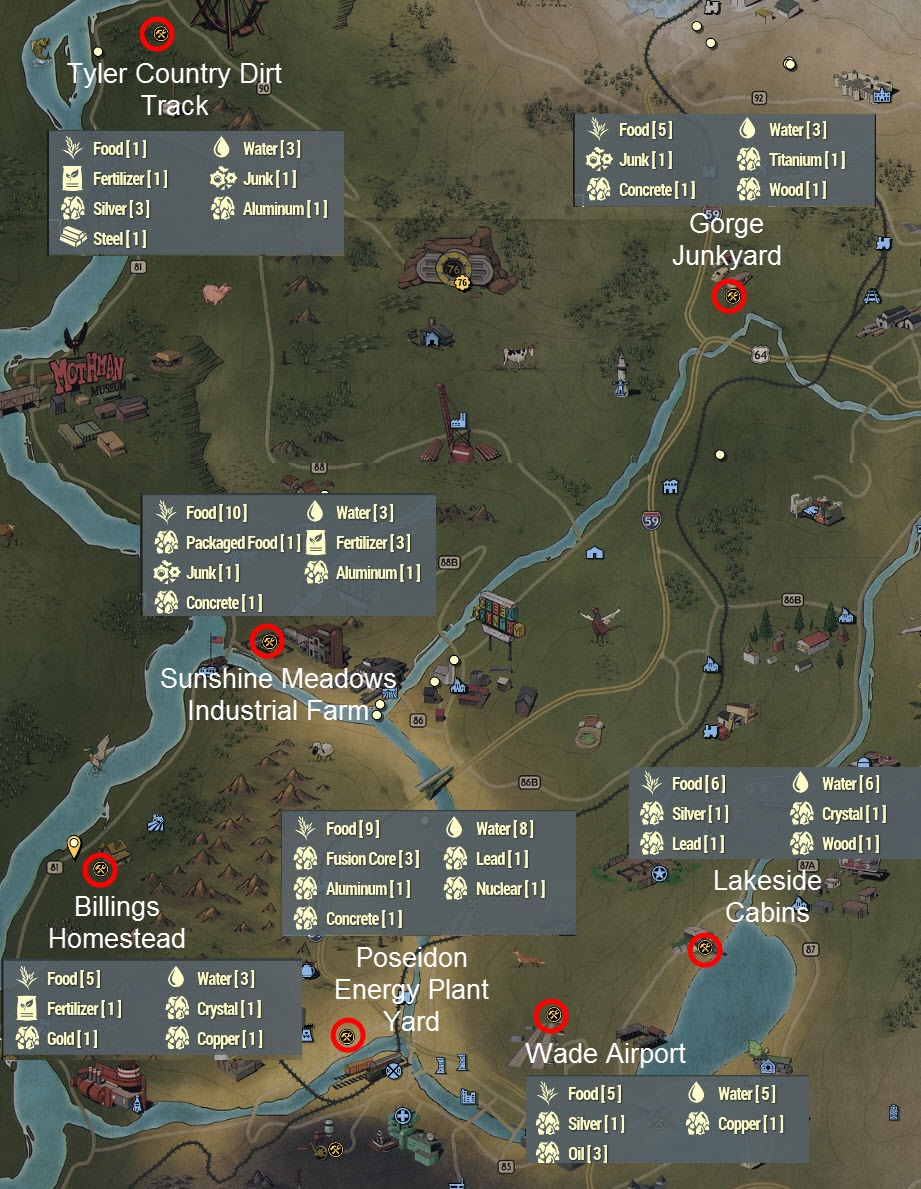 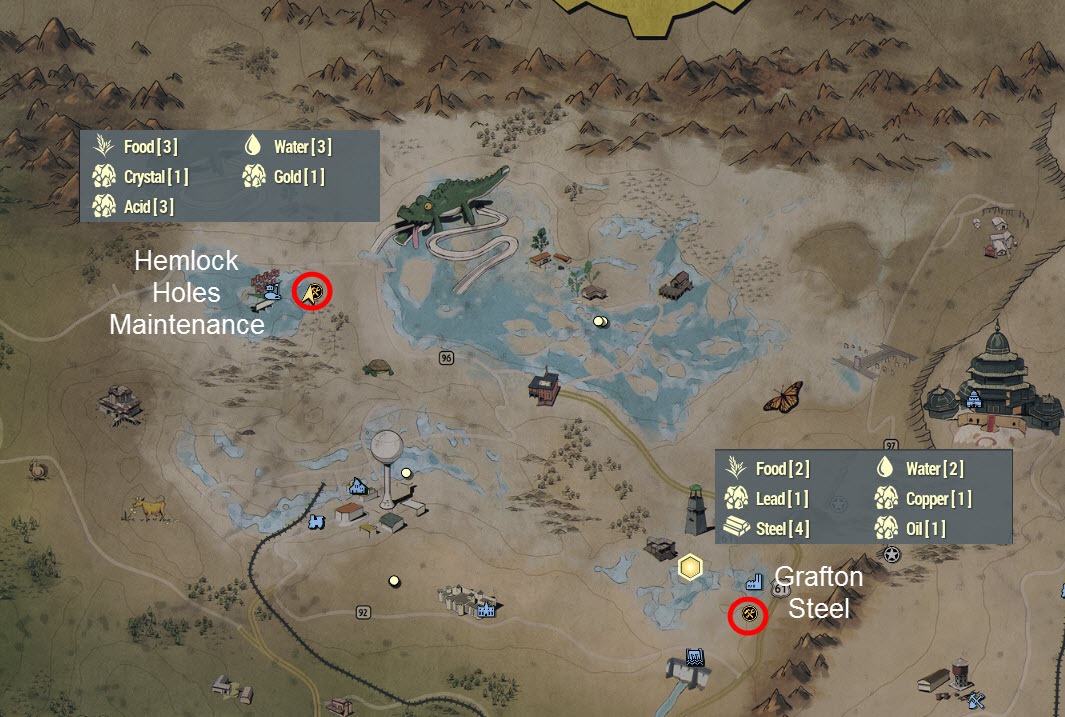 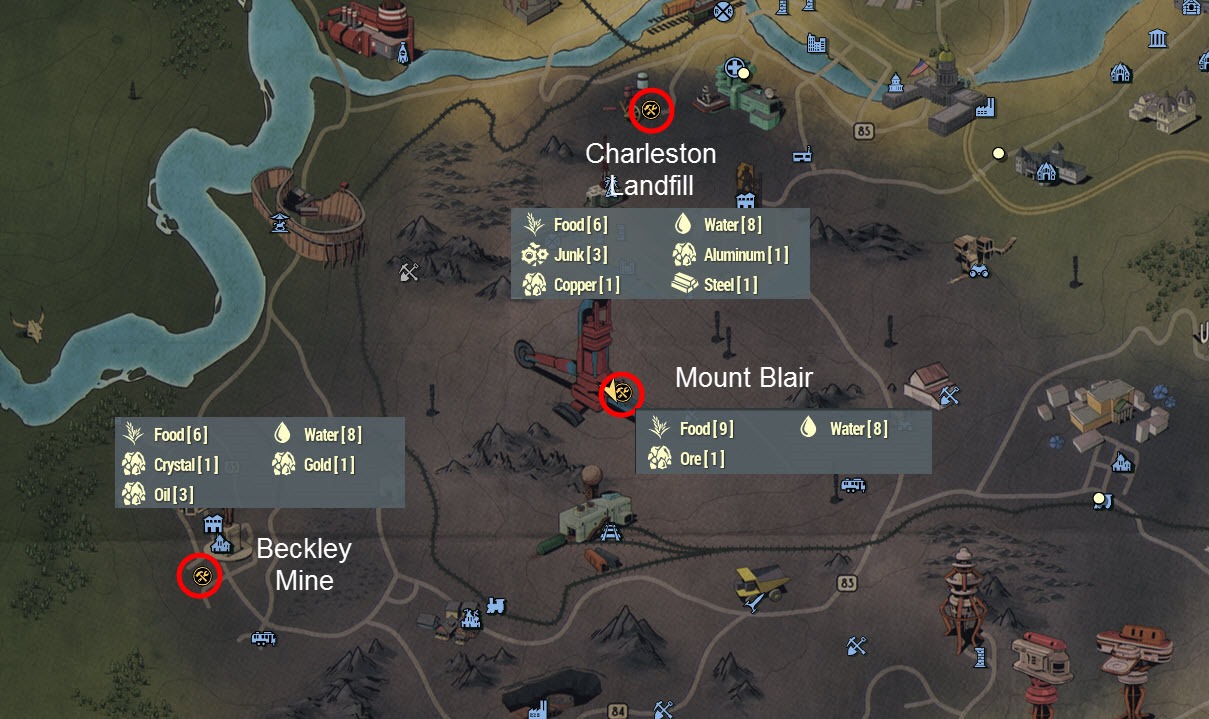 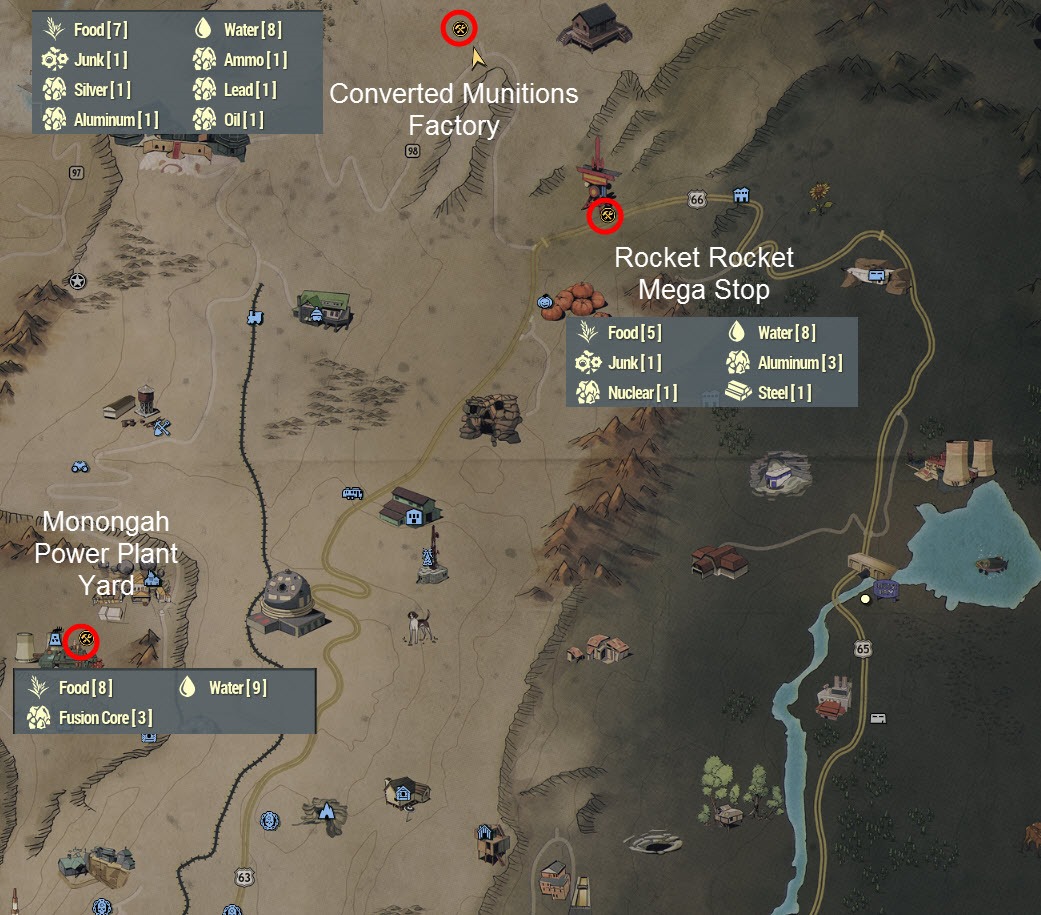 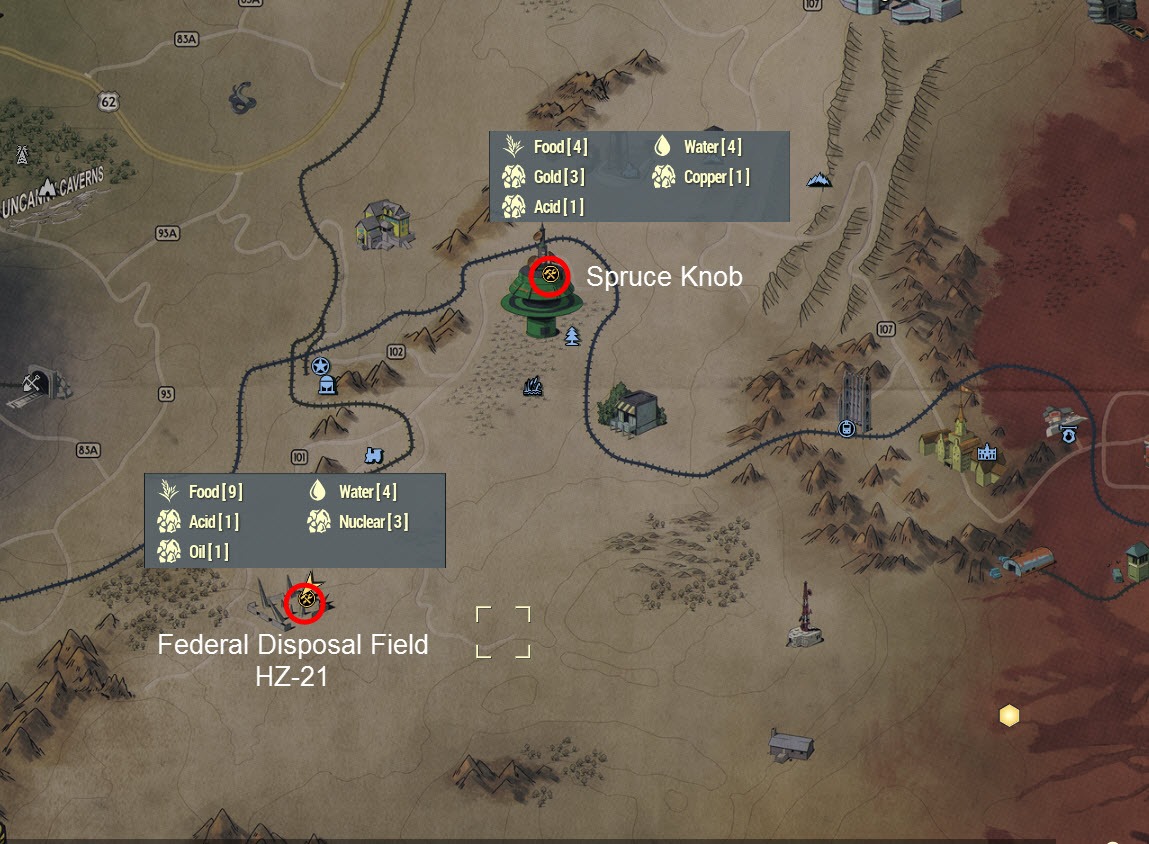 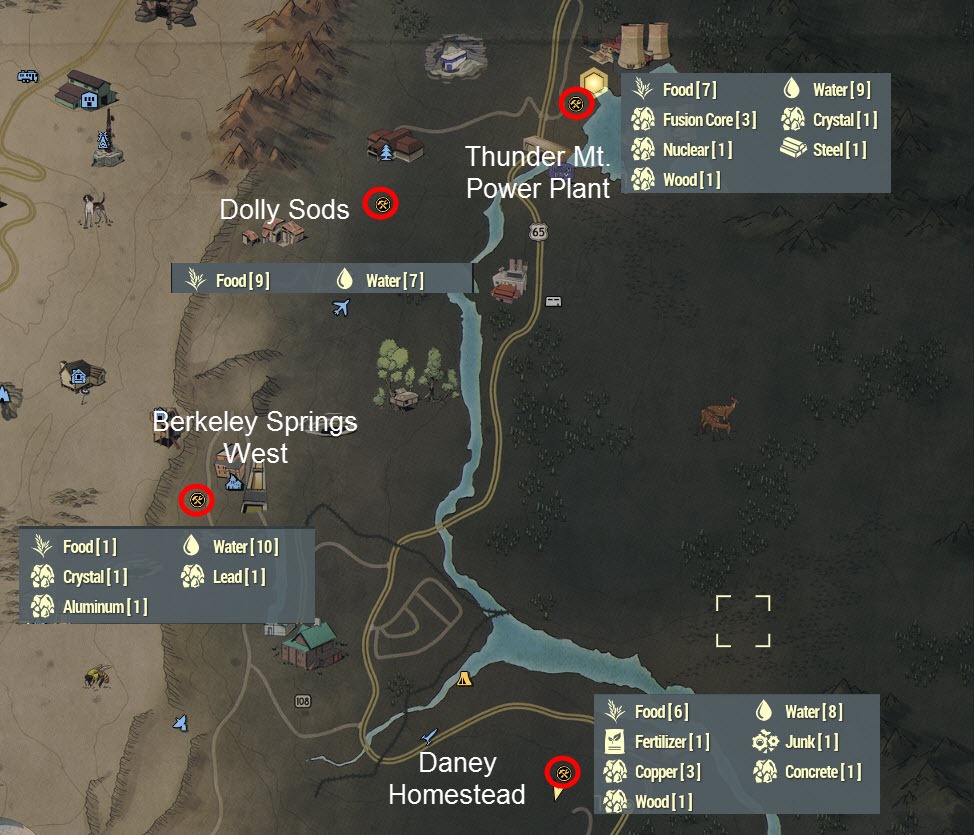 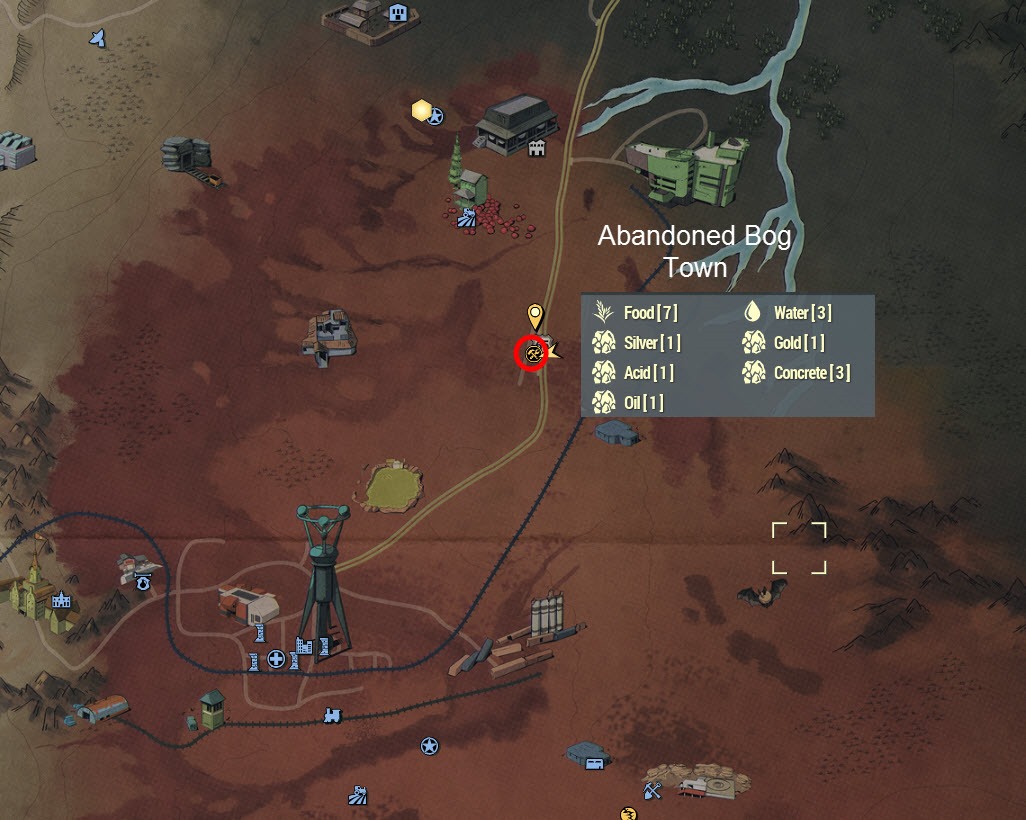 Very good guide, thanks! I can throw away my papers now 🙂

I have spent hours and hours around the easy power plant, but I couldn’t figure some stuff out, maybe you can help?

1. How do you “repair the power plant” exactly?

2. If it is repaired with the event… does it matter if you repair it only with the “basic” repairs or does the Power Box gives more power when all three parts are repaired “fully” at the event?

3. How many Power Boxes are there at each plant (and where are they): some say 3, but I can only find 2?

It is repaired with event, I am not sure if there is different in power output between basic or fully, I think it might be just rewards. I will give it a try and see. One thing I do want to point out is that there is an option in the terminal to remove the blast shield which I think actually make the power station release high damage steam and make it not produce any power at all lol

How, exactly, do we claim food resources? I tried placing food and it used some fertilizer but never produced a single piece of food over about an 8 hour period I controlled the workshop.

The food part doesn’t really work, same with water. Not sure why it is even ingame. The only exception is that there is an industrial water purifier you can hook up in Charleston landfill and there is the packaged food plant that will produce canned goods.

Where is the Blackwater Mine workshop located? I looked for it yesterday for an hour…

Just FYI Poseidon’s nuclear deposit isn’t “bugged” per se, the nitrogen tanks (or whatever those red tanks are on the ground) tend to spawn in the way. If you ‘kick’ them out of the way, it works just fine.

Or shoot them (but stand back).

Do you lose anything if you fail to defend a workshop location (as in from attacks from other players and/or creatures)?

too bad you will never be able to reap the benefits of these workshops now because other players are now making it their mission to be as much of a pain in the ass as possible by ‘raiding’ your workshops. the reason I say that In quotes is because it really is not raiding when all they have to do is stand in the general area that the workshop is in, find the spawn area for the people in the worshop, and camp it until they drain the unfortunate bums of their caps. this is also really frustrating if you are a low level non-cheating player that does not have very good weapons to defend themselves. this is only made even more frustrating if the person raiding the low levels is using an explosive legendary weapon that can 1 shot nearly anything in the game.

Are there more workshops that are connected to power plants to get free power?

The Nuclear Waste vein at Poseidon Energy Plant Yard isn’t glitched per say, there is a red propane cylinder in the vein you can shoot and blow up that allows you to pace the extractor. just an FYI