The Sith Empire’s ruthless assault on the Jedi colony on Ossus began with Darth Malora, who created her own breed of mutated Geonosian warriors to use as shock troops for the attack.

But before she created her insectoid army, Malora first had to create their master and originator. Left unguarded and unsupervised, this mutated Geonosian Queen is now unleashing countless waves of her monstrous spawn to dominate the planet’s surface!

Gather your most skilled and reliable friends to face this deadly challenge, acquire powerful new Masterwork weapons, and more! 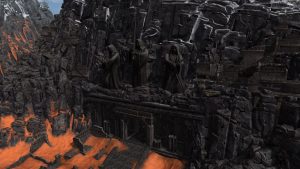 A mutated Geonosian Queen stirs beneath the surface of Ossus, giving rise to an endless army of deadly monsters! 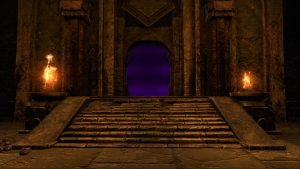 New rewards and token changes will be coming with the end of Season 10.

So what we gonna complain about this time?

How many bugs in fight on Tuesday when will they be fixed by Thurday? That help?

How many bugs? I believe they’re called Geonosians, and, from the description, they detail out a queen along with her ‘endless’ brood, so probably a fair number of them.

Cool then when the patch drops see how long it takes for you to reload the game Do to it being to buggy…..

“Group together in teams of 8 or 16 players to tackle this fearsome foe on Story or Veteran difficulties!”

Is that even possible with this game engine?

OOF I did ask for it

Will you have a guide up on Tuesday Dulfy?

Oh nice, new bugs before the old 5.10 bugs are fixed. That’s what we needed.

Is that a Geonosian joke, or did you mean the bugs in the code?

I wouldn’t call this a raid. This is probably comparable to the Eyeless or Toborro…

Ah okay. I don’t know much about that sort of group content

We ain’t getting much of anything these days, mate.

u ain’t getting new since Oricon. What year it was? 2012? All the same recyclate shit

Eh, Gods in the Machine is definitely new stuff (both mechanically and artistically)

wait a sec, Monumental Data Crystals, is this a new currency; weren’t these clowns saying they wanted less currencies in game a bit ago?

What a fuq’n joke. An update that NOBODY asked for! Just add Colicoid War Game to GF already! And no mention of the obvious companion bug. Meanwhile…anyone for Ziost Colossal Monolith and Worldbreaker Monolith? God I hate these people who are in charge of SWTOR now. Modders did more for Star Wars games just before the turn of the century… jfc smh….

Well… better than what other Star Wars games get. I guess.
But I don’t need more content that takes 30min-1h till a rng group is formed to do this shit.

If we have to use our imagination to do the work for them, why bother at all?

Looking forward to it.

“PVP SEASON 10 REWARDS
New rewards and token changes will be coming with the end of Season 10.

Ranked tokens are no longer season specific, don’t expire across seasons, and can be used to purchase any available rewards!
Starting with the end of Season 10 we will be bringing back old Seasonal rewards, purchasable with Ranked tokens! First up the rancor, armor set, and more from Season 1.”

Well they finally figured it out. Only took 10 seasons of win-trading to do it.