When a rift is closing, escape through a portal with a lost keepsake and return it to its owner. There is another achievement for completing 10 Rifts as well called Rift Stalker. 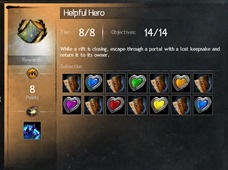 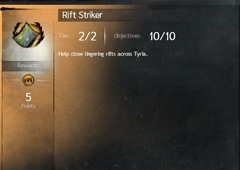 How the event works 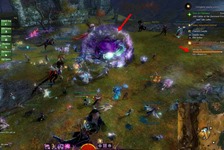 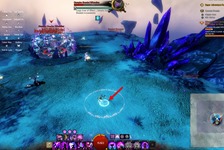 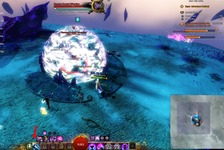 After the Riftstalker is defeated, one of the four corners of the instance will have an event icon with an escape rift. Run to that location while the instance begins to fill up with toxic gas. You need to run to that escape rift within 30 seconds while doing a simple jumping puzzle on the way. Exit through the rift and it will port you to the next map in the sequence. You will receive the credit for the appropriate item in the collection and a Branded Satchel that has a chance to give you a Riftstalker Carapace rarely (you are limited to 3x Satchels per day it seems). 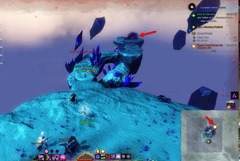 After you get ported to the next map (it will port you directly to the location of the upcoming Rift), talk to the NPC right next to you to finish the collection for that map. 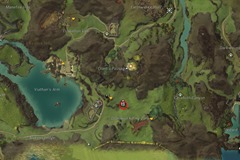 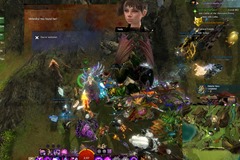 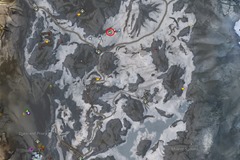 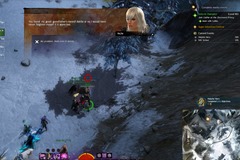 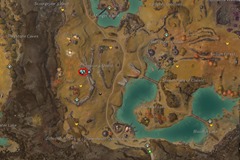 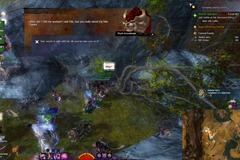 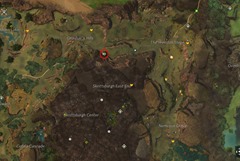 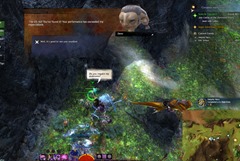 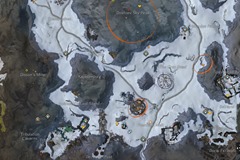 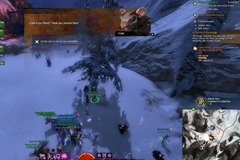 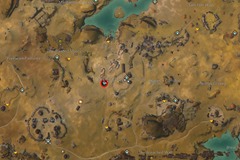 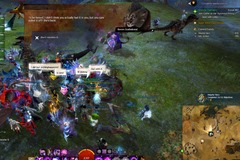 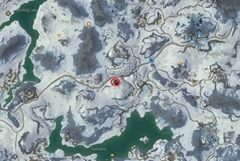 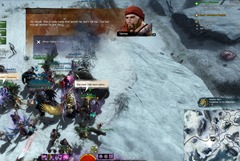 There are three Riftstalker weapons available to craft: 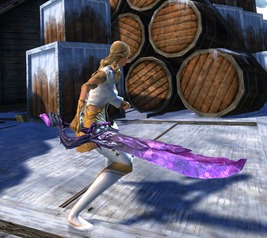 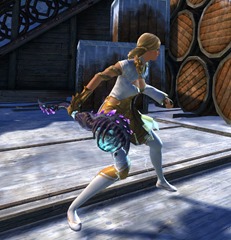 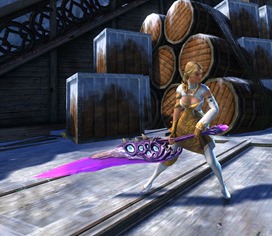 The recipe for crafting these weapons in the mystic forge is as follows: (credit to this Reddit thread) 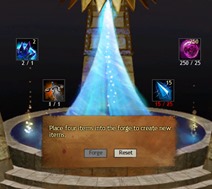 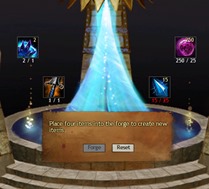 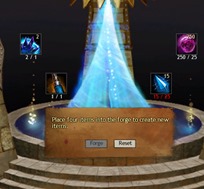 There is no sequence. The location you end up on is random, and it’s also possible for you to end up back in the same map you hopped into the rift from. I entered from Brisban and ended up back in Brisban.

That tend to happen if you do 2x rifts in a row within the 10 minute spawn (i.e. you do one in map 1, exit to map 2 and there is a rift in map 2 still so if you do that rift it will port you back to map 2 instead of map 3 in the sequence

I just did Kessex as a starting point and instead of getting ported to Lornar’s Pass I got ported to Snowden Drifts. Did the event there and got ported to Kessex again.

I’ve just done my first rift, Lornar’s pass. we killed the stalker and exited as we were meant to. I got sent back to Lornar’s pass

I’ve also encountered this by opening and entering very quickly after spawn. It sends you to a rift instance already in progress which returns you to the previous map on completion.

Yep, it’s completely random which one you get ported to, though it seems to be determined partially when you enter the rift map, as that’s when (I think?) the “lost” item spawns. For example, if there’s a melandru statue near the exit platform, you’re gonna exit at Kessex. There’s unfortunately no way to actually tell before you are in the rift where it’ll exit (and thus which you’ll get credit for).

There’s a global cycle for everyone with the rifts. So, wherever you enter the rift from you are jumping to the point in the cycle that everyone is at. After finishing that first rift the sequence will match.

This matches my observations as well. So once you do one rift you will be following the sequence outlined in the guide. But you won’t know where the global cycle is unless we can get something up on /wiki et.

However if you need one specific item for the achievement, once you know the sequence you know how many more rifts until it spits you out at the map you need.

I don’t think that’s what’s occurring. Rather, I think the problem is that the game is simply filling Rift instances with players regardless of where they originate from. When an instance is originally opened, that sets which specific instance it is (i.e. the Rifle, the Dolyak, the Statue), but once opened, the game automatically populates it with the next 5 players to enter a Rift regardless of where they enter it from. So if you have players waiting at two locations, say, Kessex and Lornar’s, you could wind up in a situation where this happens:

This results in a situation where Player 2, 4 and 5 all report that they got put into the wrong past instance, and once it’s over get spat out back into “the same map”. Meanwhile, player 9 gets put into one instance ahead of where he normally is, and thus perceives the rotation as random.

I think it’s more that the game has a set rotation as in the list and that just keeps going so when you enter a rift you will get the one that is currently active in the server list, which may not correspond to the map you entered from, but the next one after that should be correct in accordance with the list.

Since there are 8 maps the cycle repeats every 80 minutes (which is great because it means that if you play during the same time every day you’ll still get different rifts).

The order is not fixed. Today I started at Lornar’s pass as I did on the 9th, exited to Kessex hills, and then, on completing Kessex went right back to Lornar’s again.

Golem/GS is not working for me; doing previous map in series never gives the right object….

How big a group do you need to take down these champs? I often play at odd hours, so don’t want to head in and get stomped.

The instances are capped at 6 people in any case. If you happen to head into a Rift solo via one of the Rift Brandstone drops, you can wind up fighting a Riftstalker solo. In my case, I got it down to about 25% solo before the next portal wave started and 5 more players poured in, and we wrapped it up within seconds.

You cant actually do a rift to get a specific item, they are on a timed rotation. Any rift you do, no matter where will get you the same item on a given time.

Rotation is weird for me, and not like Dulfy wrote :/

Correction to rotation: You have to actually talk to the NPC (the one you want the collection to complete), and you will be transported to that particular instance of the rift that contains the lost item. For example, if you speak to the NPC in Snowden Drifts last, any instance of rift that you enter from any other map will bring you the the rift instance with a Lost Dolyak at the end.

In case there are still people trying to do this achievment…i finished the fissure in Iron Marches, and after that i teleported to Brisban Wildlands and spoke to the “Lost Golem” npc (Denn i think his name was), before a new rift spawned. And got the achievment. Don’t know if it works for any map, or it was just a lucky bug.

To clarify…i finished the Iron Marches rift…and the rift took me again to Iron Marches. After that i teleported to Brisban.

how much gold did you got from this achievement?

Thanks for the guide and all the guides <3