Vengeance is a damage over time (dot) spec of Juggernaut, in 6.0 meta wise it’s in a quite finicky spot, since on one side it brings an armor break and amazing aoe damage potential with combination of dot spread and cut to pieces tactical, but at the same time it suffers from a lack of passive aoe damage reduction and it quite lacks the extra raid utility outside of armor break and off-taunt.Vigilance Guardian on the Republic side.

All gear pieces can be either gathered from Flashpoints and Operations or brought from the vendor on the fleet.

6 pieces of Descent of the Fearless set bonus and one Amplified Champion piece for extra combat amplifier. Using a headpiece will allow us to not lose the 6 piece set bonus when fighting Dreadful/Hateful Entity.

Descent of the Fearless 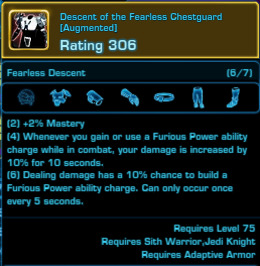 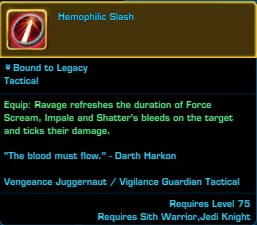 Ravage refreshes the duration of Force Scream, Impale and Shatter’s bleeds on the target and ticks their damage 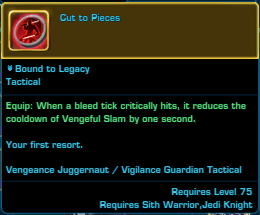 When a bleed tick critically hits, it reduces cooldown of Vengeful Slam by one second

The Masterful utilities for Vengeance vary from fight to fight, the usual setup is Hardened Defense, Crushing Fist and Unshackling Rage. Consuming Rage is good on fights like Apex Vanguard where there is raid-wide debuff that requires self-cleansing like Contagion and Strangulate is great for moments when you have to hard stun targets like Rail Turrets in NAHUT HM encounter if you are the turret hunter.

Fairly straightforward, Intimidating Presence allows us to do some neat tricks with interrupt resets and extra Saber Reflect uptime allows us to have more room for error when doing reflect cheeses in operations. Through Victory is taken for two reasons, either more mobility or we want to cheese mechanics like Lightning Field on Dread Guards NiM with Mad Dash. Extending Roar is a must as it buffs one of the highest priority fillers. 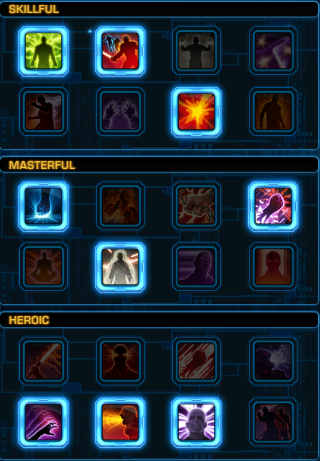 Saber Reflect can be used to cheese many mechanics or just get more damage in onto the boss to help with DPS checks.

Gods of The Machine

Those are all reflectable attacks I am 100% sure work. There might be more, but I wasn’t 100% sure about them.

Vengeance rotation got much simpler with 6.0 expansion as it turned into a nearly static 24-gcd rotation with 3 floating fillers. It’s fairly simple to get into and fix if you mess up.
Spec is nice enough that it’s opener is baked into the rotation with exception of 1-2 precast gcds.

Precast: Leap only if you cannot start the fight at melee range, otherwise skip it and slam+enrage. Slam can be skipped if you didn’t spec into Crushing Fist utility, but always use Enrage.

From here go back to 1 and repeat the rotation.

Furious Power is an ability we got in 6.0. It buffs our next weapon attack’s damage by 25%, it has a straight priority of attacks it should be used on.

Not all fights are suited to run Cut to Pieces. The second and third boss fights in Dxun both SM and HM are prime examples to use the tactical. In the old content, there are a couple of fights where it can be used too.

Disclaimer – This is by no means a recommendation to run Cut to Pieces on these fights, in most cases Hemophilic Slash  will give you higher dps. For Cut to Pieces to truly shine, you need your targets to survive longer so that your dots can keep on ticking and you can make use of more Vengeful Slams, and get a use out of Vengeful Slams . Out of all the fights listed – Grob’Thok, Corruptor Zero, and Calphayus, for Calphayus though, you will be significantly weaker during the first phase against the Defiler, so only take Cut to Pieces if you are very confident. In Dxun, Encounter 2 in all modes and in Gods of the Machine, IZAX in all modes as well are well suited for Cut to Pieces.

In some of those fights I advise against using Cut to Pieces on NiM difficulty, mainly Dread Guards and Cartel Warlords, you’d be better off taking Hemophilic Slash instead. 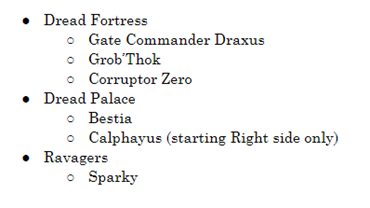 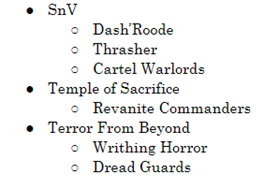 Here is a link to a sample parse. This parse was done in BiS gear, but with only 286IR augments. No guild perks were active on the dummy.

Hi my name’s Aizo, some people also call me Isk. I’ve been raiding in SWTOR since 5.8, started raiding NiM in 6.0. In my short career I managed to clear 5/5 on TFB+Timed, 5/5 on DF+Timed, 4/4 on EC+Timed, 7/7 on SnV and 4/5 on DP NiM and currently I’m working to clear bosses I’m missing and get timed runs on legacy NiMs. I’ve made this guide for people looking to get into HM and NiM content.

Special thanks to all the people that helped me write and edit this guide, and bounce ideas off and Ren, Ren you’re an amazing friend and it was great to raid with you even if we memed sometimes :). Your help has been invaluable.

If you have any questions you can hit me up on discord at Aizo#3293 or in game on characters Razzuh on imp and Iskaliz on pub.

The site is back?! Awesome news!

Welcome back Dulfy, give us some news about you ? Where were you ? And second step , send back the archives , there are so many useful thing in it 🙂

Good to have you back. Many people still referenced the site even while it was down

since you guys seem to be confused, dulfy isn’t back, someone else is now using the site to update stuff and seems to have changed/updated the website theme as well making a lot of the old guides contain bugged links etc.

Thanks its awesome seeing things up and running again. Please send much love to Dulfy and let her know we miss her!

Welcome back man! We mised you XD.

Suitable for players who seek to improve their performance! It focuses primarily on PvE, but also has some basics of the PvP aspect without pretending to be extensive in that department!

Keep up the fantastic piece of work, I read few blog posts on this web site and I believe that your site is real interesting and has lots of great information.

Dulfy isnt back. She just dont care about that community she’ve been played and hang out with. She cant even say bye properly lol
Website is dead AF just like the author. Pathetic but thats life.

Wow thanks for your guide it’s really top, glad to see the site is back! Keep it up guys !